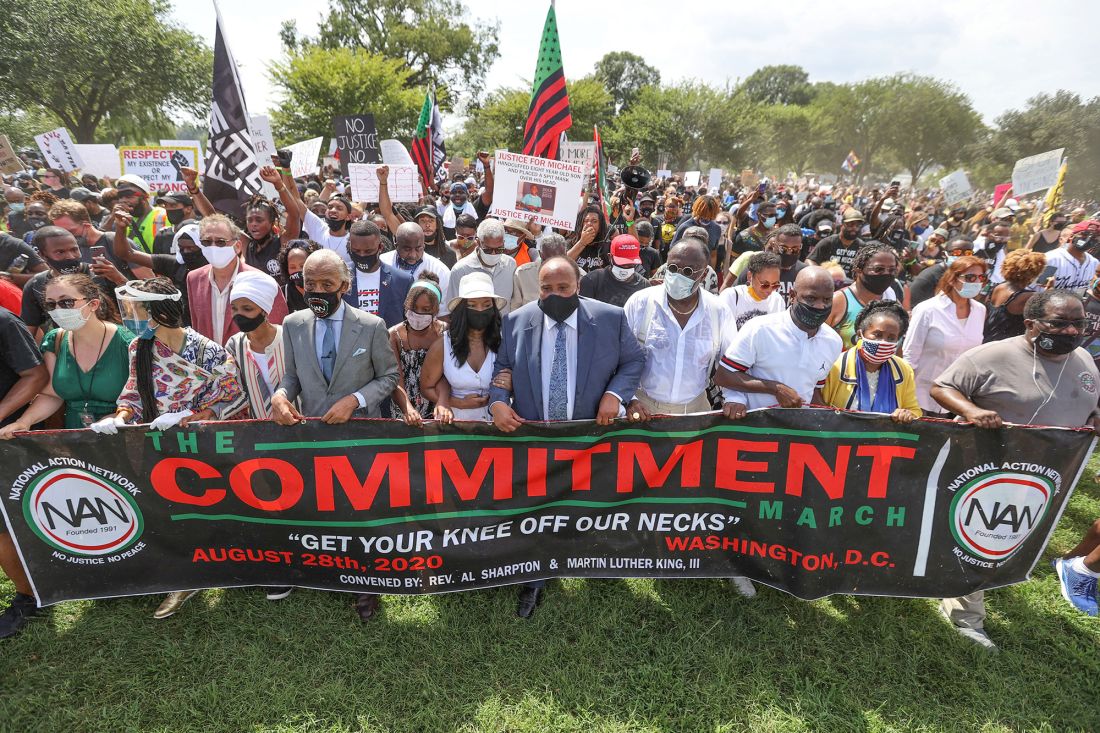 Thousands of protesters gathered Friday at the Lincoln Memorial to call for overall criminal justice restructuring and racial equality while honoring the 57th anniversary of the Rev. Martin Luther King Jr.’s “I Have a Dream” address from the same location.

‘I knew I would be here today’: Thousands demand racial justice at March on Washington

Planning began in June after the funeral of George Floyd. Organizers said they wanted to highlight the civil rights issues of today and bring well-known speakers to address the crowd while also mitigating the spread of the novel coronavirus with strict safety protocols.

The march — dubbed the “Get Your Knee Off Our Necks” Commitment March on Washington — began with speeches from the steps of the Lincoln Memorial, which was followed by a coordinated march to the Martin Luther King Jr. Memorial in West Potomac Park. To read more go to the link below: