MADO is a Turkish ice cream brand and has over 250 branches working as cafes and restaurants all over the world. The brand gets its name from two words : “Maraş,” the former name of the city where the firm is originated; and “Dondurma,” the Turkish name used for ice-cream.

It was founded in 1850 by Yaşar Kanbur. The ice cream shop became a chain after 1991. It has more than 240 restaurants and cafes in Turkey and also has branches in Melbourne, Brisbane and Sydney in Australia, Dubai, Hong Kong, South Korea, Cyprus, Kuwait, Saudi Arabia, Malaysia, Azerbaijan and Iraq. 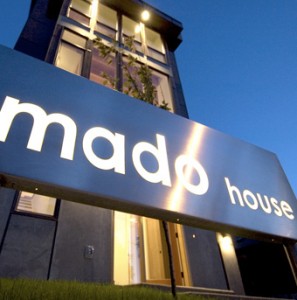 MADO’s history is the one with the history of making and serving ice-cream. As being the brand’s the most important product, ice-cream was definitive in MADO’s adventure through years. As the technology related to preparing, reserving and serving ice-cream evolved so did MADO. MADO gets its roots from a small ice-cream shop located in Kahramanmaraş where everything was handmade. Since the 1960s there were many technological improvements regarding ice-cream production and conserving it. Each improvement gave the small entrepreneur to produce and preserve in higher amounts than before. In 1989, the company bought a government-owned milk factory through privatization and almost rebuilt it to make ice-cream production, which enabled the firm to preserve the quality of ice cream throughout the year, and especially produce in mass amounts. Then, improvements in preserving and cooling technologies enabled the firm to send ice cream throughout the country and more importantly outside of Turkey. While growing, MADO embraced the franchising model to sell its products in other cities than Kahramanmaraş. Today, MADO has over 250 franchisees all over the world, where customers can buy the same ice-cream regardless of which MADO they are going to.

Ice-cream is the first product comes to mind about MADO and there are many ice-cream varieties MADO offers.  MADO’s current product range covers not only ice-cream but also breakfast meals, local dinner meals, various desserts ranging from local desserts such as baklava to worldwide known ones like tiramisu, profiterole, and cheesecake.  All of these products are produced in MADO’s central offices and so, identical in all branches. Though some of MADO franchisees can choose to serve other products which are not included in MADO’s franchising model to their customers but these products can not coincide with MADO’s own products.