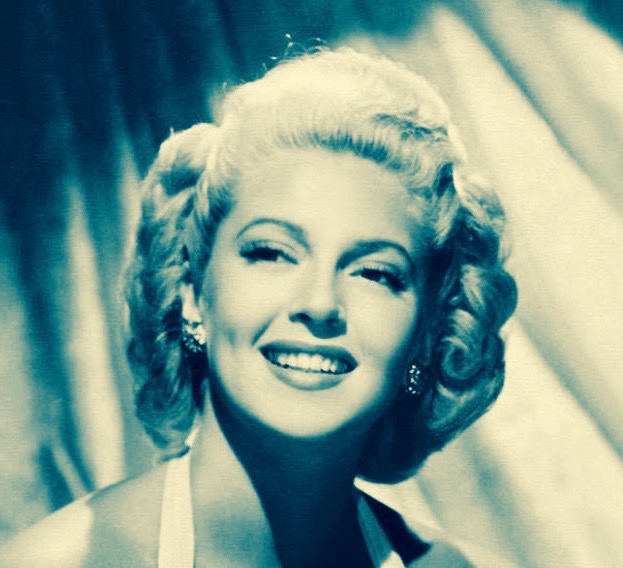 What Happened to Lana Turner? 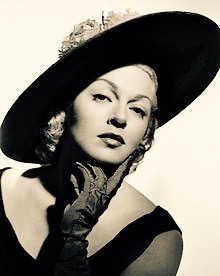 Lana Turner (born Julia Jean Turner, February 8, 1921 – June 29, 1995) was an American film and television actress. She was discovered in 1937 by William R. Wilkerson, founder of The Hollywood Reporter, as she sipped a Coke at the counter of the Top Hat Cafe, on a corner of Sunset Boulevard in Los Angeles. At the age of 16 she was signed to a personal contract by Warner Bros director Mervyn LeRoy, who took her with him when he moved to Metro-Goldwyn-Mayer in 1938. Turner attracted attention in her first film, LeRoy’s They Won’t Forget (1937), and she later starred in featured roles, often as an ingenue. In 1939, her auburn hair was bleached blonde for a film at MGM, and she remained blonde for the rest of her life, except for a few film roles.

During the early 1940’s, she established herself as a leading actress in such films as Johnny Eager (1941), Honky Tonk (1941), Ziegfeld Girl (1941), and Somewhere I’ll Find You (1942). She appeared in the 1941 horror film Dr. Jekyll and Mr. Hyde, and her reputation as a glamorous femme fatale was enhanced by her performance in the film noir The Postman Always Rings Twice (1946). Her popularity continued through the 1950s, in such films as The Bad and the Beautiful (1952) and Peyton Place (1957), for which she was nominated for an Academy Award for Best Actress.

Media controversy surrounded Turner in 1958 when her daughter, Cheryl Crane, stabbed Turner’s lover Johnny Stompanato to death in their Beverly Hills home; a coroner’s inquest concluded that Crane had acted in self-defense. Turner’s next film, Imitation of Life (1959), proved to be one of the greatest financial successes of her career, but onward from the early 1960’s, her roles were fewer. Turner spent most of the 1970s and early 1980’s in semiretirement, only working occasionally. In 1982, she accepted a much publicized and lucrative recurring guest role in the television series Falcon Crest, affording the series the highest rating it ever achieved. Turner made her final film appearance in 1985, and died from throat cancer in 1995, aged 74. 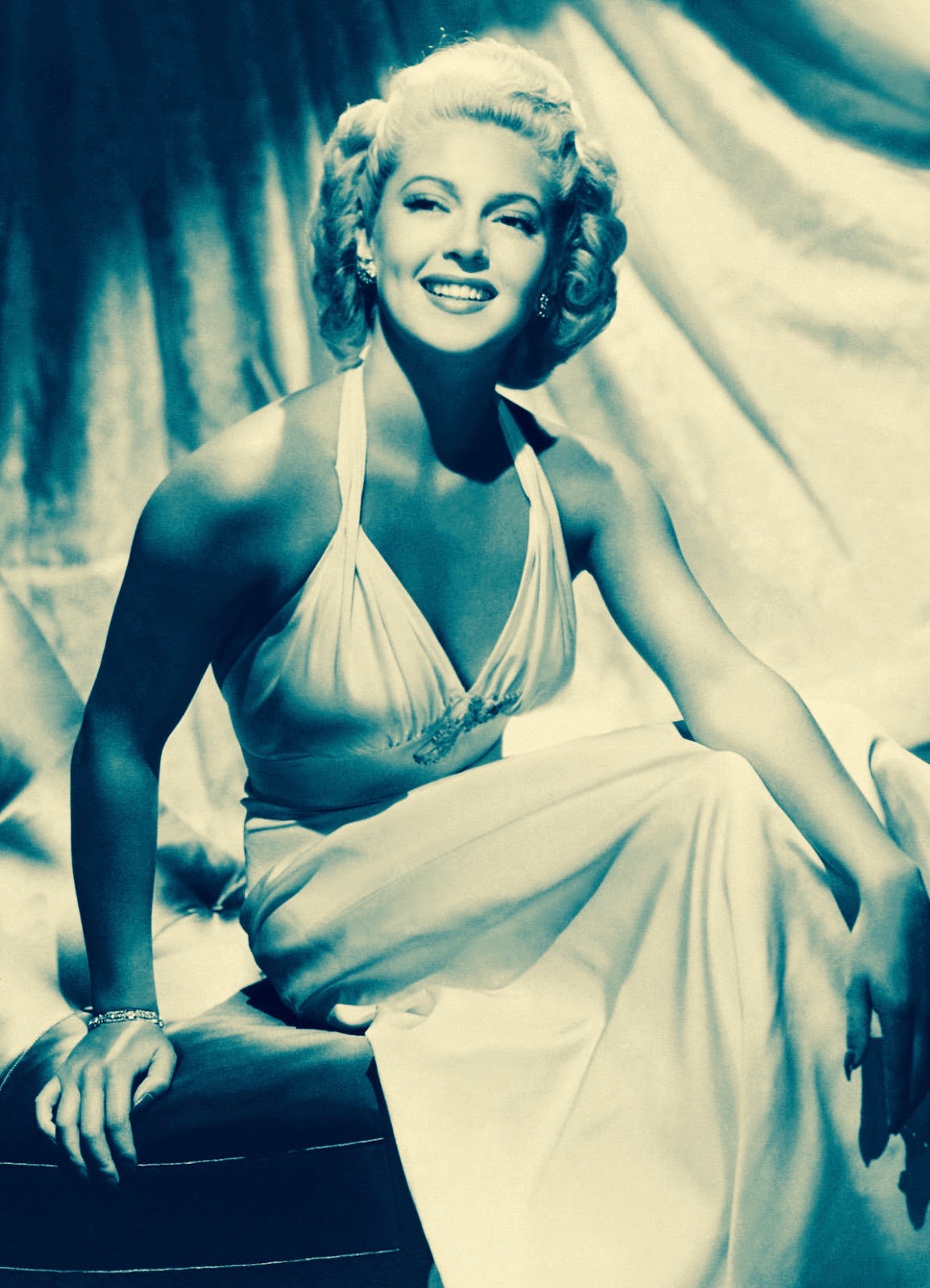 Until her film career took off, young Julia Turner was known to family and friends as “Judy.” Hard times eventually forced the family to relocate to San Francisco, where her parents soon separated. On December 14, 1930, her father won some money at a traveling craps game, stuffed his winnings in his left sock, and headed for home. He was later found dead on the corner of Minnesota and Mariposa Streets, on the edge of Potrero Hill and the Dogpatch District in San Francisco, his left shoe and sock missing. The robbery and murder were never solved. Soon after, her mother developed health problems and was advised by her doctor to move to a drier climate. With her 10-year-old daughter, she moved to Los Angeles in 1931.

Turner attended a Catholic church in Stockton with a local family. She converted to Catholicism taking the saints names “Mildred Frances” after her mother.

Mildred and Lana were very poor, and Turner was sometimes separated from her mother, living with friends or acquaintances so the family could save money. Her mother worked 80 hours a week as a beautician to support them. After Turner was discovered, her mother became the overseer of Turner’s career. 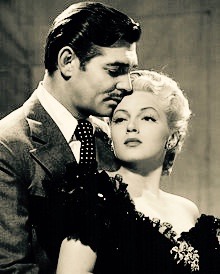 Turner’s discovery in Hollywood is a show-business legend. As a 16-year-old student at Hollywood High School, Turner skipped a typing class and bought a Coke at the Top Hat Malt Shop located on the southeast corner of Sunset Boulevard and McCadden Place (not Schwab’s Pharmacy, as is commonly believed and reported), where she was spotted by William R. Wilkerson, publisher of The Hollywood Reporter. Wilkerson was attracted by her beauty and physique, and referred her to the actor/comedian/talent agent Zeppo Marx. Marx’s agency immediately signed her and introduced her to film director Mervyn LeRoy, who cast her in her first film, They Won’t Forget (1937).

Turner earned the nickname “the Sweater Girl” from her form-fitting attire in a scene in They Won’t Forget.  According to her daughter, this was a nickname Turner detested throughout her entire career. In late 1937, she signed a contract with Metro-Goldwyn-Mayer for $100 a week, and graduated from high school in between filming. According to LeRoy, she made the switch thanks to him, for he left Warners to work at MGM and was advised by studio head Jack L. Warner to take her with him, because Warner believed that she would not “amount to anything.” Her first starring role for MGM was scheduled to be an adaptation of The Sea-Wolf, co-starring Clark Gable, but the project was eventually canned. Instead, she was assigned opposite teen idol Mickey Rooney in the Andy Hardy film Love Finds Andy Hardy (1938). This appearance, as a flirtatious girl described as “the kissing bug,” convinced Louis B. Mayer that LeRoy’s protégée Turner could be the next Jean Harlow, a sex symbol who had died six months before Turner’s arrival at MGM.

Mayer turned her into a glamorous star and gave her the leads in several youth-oriented films in the late 1930’s and early 1940’s, such as Dramatic School (1938), These Glamour Girls (1939) and Dancing Co-Ed (1939). In early 1940, she was also set to star in a remake of Our Dancing Daughters, but the film was never made. From the beginning of her career, Turner stood her ground on her beliefs and was one of the few actresses at MGM to go against Mayer’s wishes. 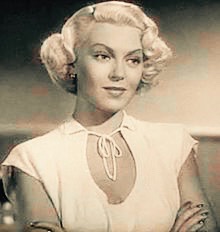 In The Postman Always Rings Twice (1946)

Turner, an actress bolstered by her extreme beauty, reached the height of her fame in the 1940’s and 1950’s. During World War II, Turner became a popular pin-up girl because of her popularity in such films such as Ziegfeld Girl (1941), Johnny Eager (1942), Slightly Dangerous (1943), and four films with Metro-Goldwyn-Mayer’s “king of the lot,” Clark Gable. The Turner-Gable films’ successes were only heightened by gossip-column rumors about a relationship between the two. Turner even had a B-17 Flying Fortress—the Tempest Turner—named after her. Following the canned The Sea-Wolf project, Turner and Gable were set to star in The Uniform in December 1940.  Turner was eventually replaced by Rosalind Russell, and the film was released as They Met in Bombay (1941).

Meanwhile, Turner was receiving much publicity for her personal life, and her career was one of the very few to be furthered by this. MGM boosted this by changing the title of her latest film to Slightly Dangerous (1943). After the war, Turner’s career continued successfully with the release, The Postman Always Rings Twice (1946), which co-starred John Garfield. Turner did not get along with him, according to one documentary, and when she found he was her male lead, she responded: “Couldn’t they at least hire someone attractive?” The now-classic film noir marked a turning point in Turner’s career as her first femme fatale role. Reviews of the film, and in particular, Turner’s performance, were glowing, with a critic of The New York Times writing it was “the role of her career.”

While not exactly giving up her pin-up credentials, Turner established herself as a skilled actress, and commented on this in 1946:

I finally got tired of making movies where all I did was walk across the screen and look pretty. I got a big chance to do some real acting in The Postman Always Rings Twice, and I’m not going to slip back if I can help it. I tried to persuade the studio to give me something different. But every time I went into my argument about how bad a picture was, they’d say, ‘well, it’s making a fortune.’ That licked me.