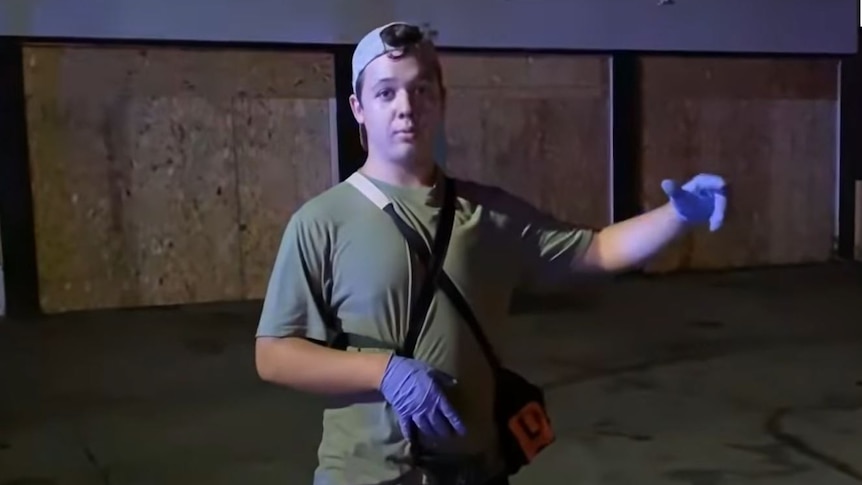 Kyle Rittenhouse is standing on a street in Kenosha, Wisconsin, with an assault rifle strapped to his chest.

“Our job is to protect this business,” the teenager says to a journalist, gesturing to a car dealership behind him.

“And part of my job is to help. If there’s somebody hurt, I’m running into harm’s way.

The 17-year-old isn’t a soldier or a police officer. He’s a lifeguard at a nearby swimming pool.

But he’s just minutes away from using the gun to kill two men and seriously injure a third. To learn more go to the link below: