You are here: Home / Education / Politics / US Politics / As the bipartisan infrastructure bill passes, here’s what’s next for Biden’s economic plans by Jacob Pramuk

As the bipartisan infrastructure bill passes, here’s what’s next for Biden’s economic plans by Jacob Pramuk 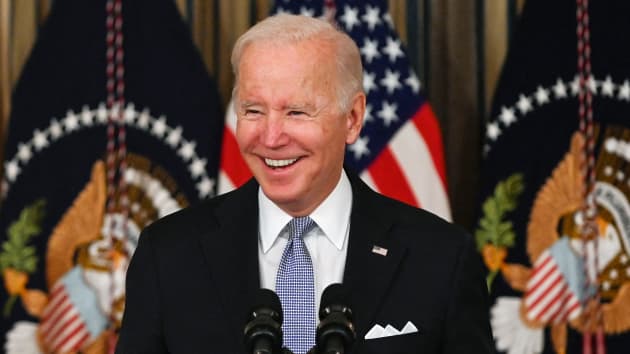 The Senate passed a $1 trillion infrastructure bill investing in the nation’s roads, public transit, water, and broadband. NBC News’ Ali Vitali reports on how the final vote played out.

While many Democrats let out a sigh of relief when the House passed a bipartisan infrastructure bill, the party has a grueling few weeks ahead of it to enact the rest of its economic agenda.

The more than $1 trillion packages passed Friday that would refresh transportation, broadband and utilities fulfill one part of President Joe Biden’s domestic vision. Democrats now have to clear multiple hurdles to enact the larger piece, a $1.75 trillion investment in the social safety net and climate policy.

Senate Majority Leader Chuck Schumer has said Democrats aim to pass the social spending bill by Thanksgiving. Meeting the deadline will require both chambers of Congress to rush while keeping nearly every member of a diverse Democratic caucus united — a challenge that has led to repeated roadblocks as lawmakers advanced the bills this year. To read more go to the line below: