You are here: Home / Actors / Media / Kirk Douglas, the renowned actor, dies at the age of 103 by Jackson Danbeck

Kirk Douglas, the renowned actor, dies at the age of 103 by Jackson Danbeck 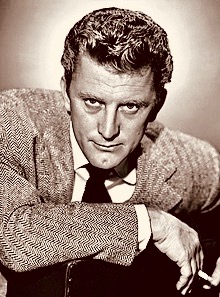 MADISON, Wis. (WMTV)– Kirk Douglas, the actor whose career spanned more than 60 years, died Wednesday at the age of 103, People reports, citing a statement from the family.

Kirk’s health had been in decline since 1996, when he suffered a stroke but recovered most of his faculties.

“It is with tremendous sadness that my brothers and I announce that Kirk Douglas left us today at the age of 103,” read the statement from his son Michael Douglas.

Douglas was raised in Amsterdam, about 30 miles (48 kilometers) northwest of Albany, New York, according to AP.

He graduated from St. Lawrence University in northern New York and served in the U.S. Navy during World War II.

His lengthy film career included starring roles in “Lust for Life,” Spartacus” and “Seven Days In May.”

He was nominated for three Academy Awards and received an honorary Oscar in 1996.