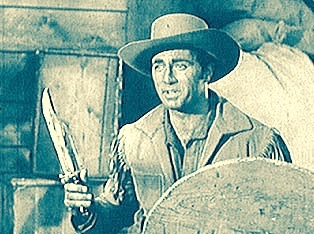 The Adventures of Jim Bowie: The Squatter

TV western series. In this episode, Jim Bowie helps a man whose wife is pregnant. 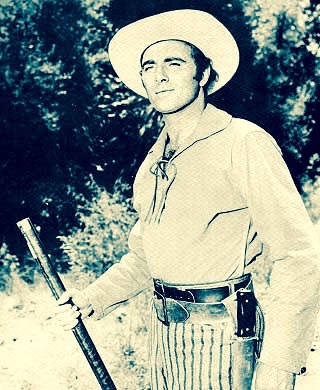 The Adventures of Jim Bowie is an American Western television series that aired on ABC from 1956 to 1958. Its setting was the 1830’s-era Louisiana Territory. The series was an adaptation of the book Tempered Blade, by Monte Barrett.

The series stars Scott Forbes as the real-life adventurer Jim Bowie. The series initially portrayed Jim Bowie as something of an outdoors-man, riding his horse through the wilderness near his home in Opelousas where he would stumble across someone needing his assistance. He was aided by his ever-present weapon the Bowie Knife, something he designed in the first episode The Birth of the Blade. Although Bowie used the blade quite a bit in early episodes, its prominence was downplayed as the show went on.

Gradually the series shifted from the country to the city, having Bowie instead spend the majority of his time in New Orleans. He was frequently shown looking to invest his money in real estate, or coming to the aid of someone who had been swindled.

Story lines focused on the exploits of Bowie before he moved to Texas (then part of Mexico), and his death at the Alamo in 1836. During the series’ two season run, Bowie encountered many historical figures of the era, such as President Andrew Jackson, Jefferson Davis, John James Audubon, Sam Houston, and Davy Crockett. 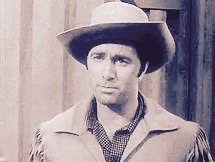 Jim Bowie did not appear in the last episode of the series. Instead, he was said to be away on an important assignment, and the attention was placed on criminal Jess Miller. Miller was given the task to retrieve a great sum of money, and the episode focused on whether Miller would complete his assignment or take the money for himself. At the end there is an indication that Miller would join up with Bowie on further adventures, but no further episodes were produced.

Douglas Brode wrote in his book, Shooting Stars of the Small Screen: Encyclopedia of TV Western Actors, 1946–Present, that Scott Forbes, who had the title role, “stormed off the set” when he learned that the series was being canceled after two seasons, when he had understood that it would run for five seasons. He added, “In desperation, the writers fashioned the final script” without the star.

The theme song was “Adventurin’ Man”, performed by the Ken Darby Singers. The series’ music was unusual in that it was primarily vocal, provided by Ken Darby and The King’s Men (save for a few episodes in season two).