You are here: Home / Education / Politics / US Politics / Jan. 6 Hearing Tomorrow: How to watch Tuesday’s Jan. 6 committee hearing focused on extremists at the Capitol by Caroline Linton

Jan. 6 Hearing Tomorrow: How to watch Tuesday’s Jan. 6 committee hearing focused on extremists at the Capitol by Caroline Linton 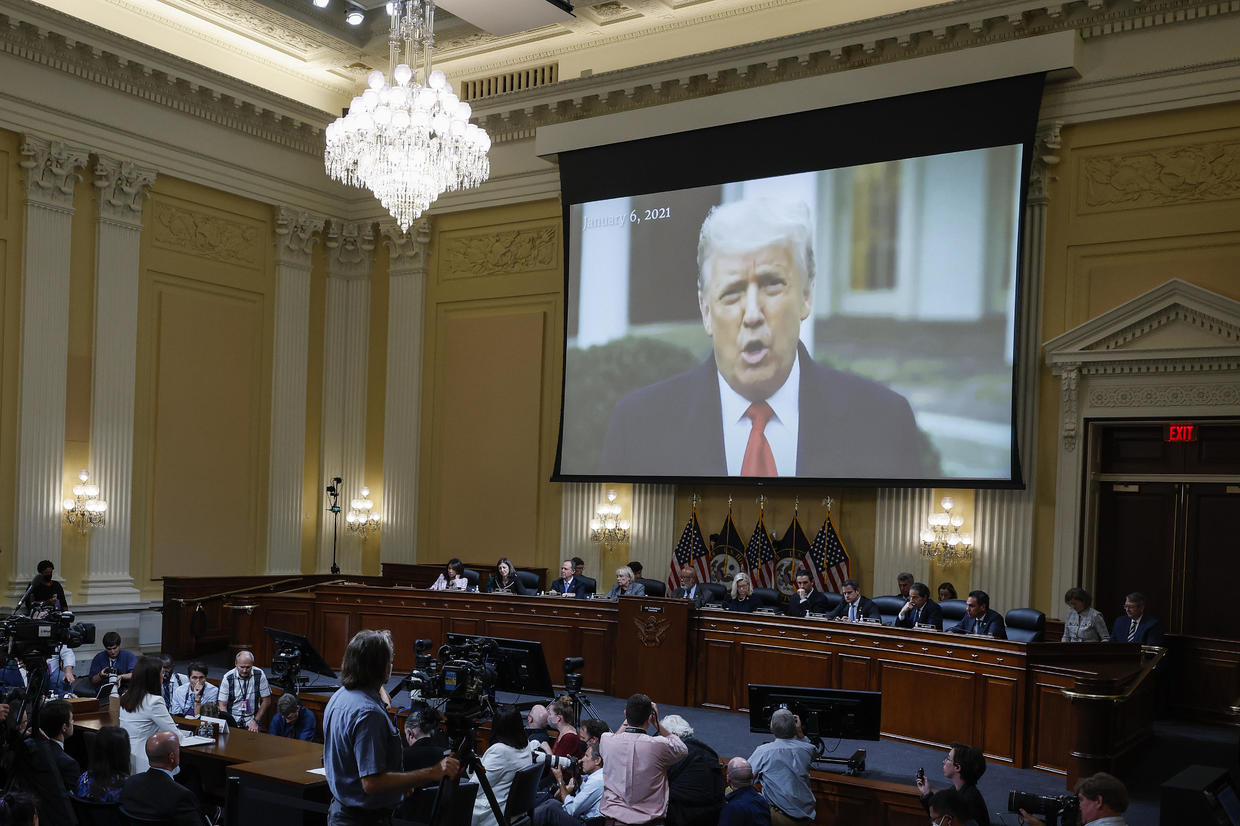 The House select committee investigating the Jan. 6 attack on the U.S. Capitol will be holding another public hearing on Tuesday, this time focusing on the role of extremists that day.

Committee member Rep. Jamie Raskin said Sunday on “Face the Nation” that the upcoming hearing will “continue the story of Donald Trump’s attempt to overthrow the 2020 presidential election.”

CBS News will broadcast the hearing as a Special Report starting at 1 p.m. ET.

Raskin noted on Sunday that the committee has been so far outlining former President Trump’s pressure campaigns on the vice president, the Justice Department, state lawmakers and local elections officials ahead of Congress’ planned certification of the Electoral College on Jan. 6.  Documentary filmmaker Nick Quested, who was embedded with the Proud Boys on Jan. 6, has provided footage from his film to the committee, some of which was shown at the first public hearing on June 9.

“One of the things that people are going to learn is the fundamental importance of a meeting that took place in the White House” on Dec. 18, Raskin said.  To read more go to the link below: