You are here: Home / Media / PureHistory Television / Inside Job 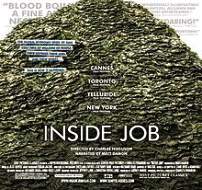 The Biggest Bank Heist Ever!

The award winning documentary ‘Inside Job’ 2011 US by the veteran crusader, Charles Ferguson is the most insightful and illuminating amongst a number of such attempts that deal with the global financial crisis, which is wrecking lives and economies across the world to this day. The reason is that it successfully challenges the myths and lies surrounding the root causes of the crisis and tells us exactly how and why it happened, in a simple and straightforward way that anyone can understand. IsuruFoundation® highly recommends this great film to anyone who wants to know why we the public are paying with our lives for the treacherous shenanigans of the filthy rich and the powerful. To read my review of the film and to rent or to purchase the DVD please go here: http://www.amazon.co.uk/review/R2DSAB… 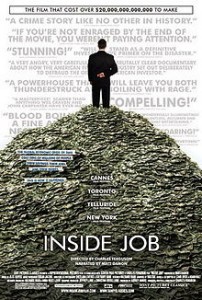 Inside Job was well received by film critics who praised its pacing, research, and exposition of complex material. The film was screened at the 2010 Cannes Film Festival in May and won the 2010 Academy Award for Best Documentary Feature.

The documentary is split into five parts. It begins by examining how Iceland was highly deregulated in 2000 and the privatization of its banks. When Lehman Brothers went bankrupt and AIG collapsed, Iceland and the rest of the world went into a global recession. 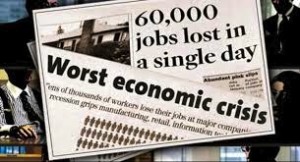 Part I: How We Got Here

The American financial industry was regulated from 1940 to 1980, followed by a long period of deregulation. At the end of the 1980s, a savings and loan crisis cost taxpayers about $124 billion. In the late 1990s, the financial sector had consolidated into a few giant firms. In March 2000, the Internet Stock Bubble burst because investment banks promoted Internet companies that they knew would fail, resulting in $5 trillion in investor losses. In the 1990s, derivatives became popular in the industry and added instability. Efforts to regulate derivatives were thwarted by the Commodity Futures Modernization Act of 2000, backed by several key officials. In the 2000s, the industry was dominated by five investment banks (Goldman Sachs, Morgan Stanley, Lehman Brothers, Merrill Lynch, and Bear Stearns), two financial conglomerates (Citigroup, JPMorgan Chase), three securitized insurance companies (AIG, MBIA, AMBAC) and the three rating agencies (Moody’s, Standard & Poors, Fitch). Investment banks bundled mortgages with other loans and debts into collateralized debt obligations (CDOs), which they sold to investors. Rating agencies gave many CDOs AAA ratings. Subprime loans led to predatory lending. Many home owners were given loans they could never repay. 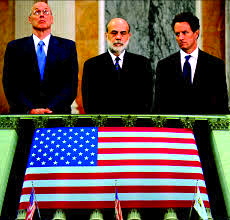 During the housing boom, the ratio of money borrowed by an investment bank versus the bank’s own assets reached unprecedented levels. The credit default swap (CDS), was akin to an insurance policy. Speculators could buy CDSs to bet against CDOs they did not own. Numerous CDOs were backed by subprime mortgages. Goldman-Sachs sold more than $3 billion worth of CDOs in the first half of 2006. Goldman also bet against the low-value CDOs, telling investors they were high-quality. The three biggest ratings agencies contributed to the problem. AAA-rated instruments rocketed from a mere handful in 2000 to over 4,000 in 2006. 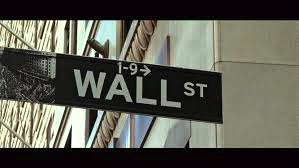 The market for CDOs collapsed and investment banks were left with hundreds of billions of dollars in loans, CDOs and real estate they could not unload. The Great Recession began in November 2007, and in March 2008, Bear Stearns ran out of cash. In September, the federal government took over Fannie Mae and Freddie Mac, which had been on the brink of collapse. Two days later, Lehman Brothers collapsed. These entities all had AA or AAA ratings within days of being bailed out. Merrill Lynch, on the edge of collapse, was acquired by Bank of America. Henry Paulson and Timothy Geithner decided that Lehman must go into bankruptcy, which resulted in a collapse of the commercial paper market. On September 17, the insolvent AIG was taken over by the government. The next day, Paulson and Fed chairman Ben Bernanke asked Congress for $700 billion to bail out the banks. The global financial system became paralyzed. On October 3, 2008, President Bush signed the Troubled Asset Relief Program, but global stock markets continued to fall. Layoffs and foreclosures continued with unemployment rising to 10% in the U.S. and the European Union. By December 2008, GM and Chrysler also faced bankruptcy. Foreclosures in the U.S. reached unprecedented levels. 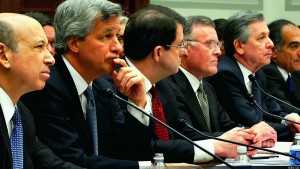 Top executives of the insolvent companies walked away with their personal fortunes intact. The executives had hand-picked their boards of directors, which handed out billions in bonuses after the government bailout. The major banks grew in power and doubled anti-reform efforts. Academic economists had for decades advocated for deregulation and helped shape U.S. policy. They still opposed reform after the 2008 crisis. Some of the consulting firms involved were the Analysis Group, Charles River Associates, Compass Lexecon, and the Law and Economics Consulting Group (LECG). Many of these economists had conflicts of interest, collecting sums as consultants to companies and other groups involved in the financial crisis. 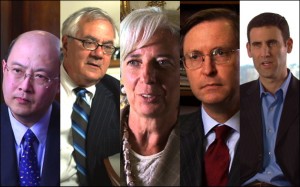 Part V: Where We Are Now

Tens of thousands of U.S. factory workers were laid off. The new Obama administration’s financial reforms have been weak, and there was no significant proposed regulation of the practices of ratings agencies, lobbyists, and executive compensation. Geithner became Treasury Secretary. Martin Feldstein, Laura Tyson and Lawrence Summers were all top economic advisers to Obama. Bernanke was reappointed Fed Chair. European nations have imposed strict regulations on bank compensation, but the U.S. has resisted them.

The film received positive reviews, earning a 98% rating on the Rotten Tomatoes website. Roger Ebert described the film as “an angry, well-argued documentary about how the American financial industry set out deliberately to defraud the ordinary American investor.” A. O. Scott of the New York Times wrote that “Mr. Ferguson has summoned the scourging moral force of a pulpit-shaking sermon. That he delivers it with rigor, restraint and good humor makes his case all the more devastating.” Logan Hill of New York magazine’s Vulture characterized the film as a “rip-snorting, indignant documentary,” noting the “effective presence” of narrator Matt Damon. Peter Bradshaw of The Guardian said the film was “as gripping as any thriller.” He went on to say that it was obviously influenced by Michael Moore, describing it as “a Moore film with the gags and stunts removed.”

The conservative political magazine The American Spectator criticized the film as intellectually incoherent and inaccurate, accusing Ferguson of blaming “a lot of bad people with economic and political views to the right of his.”

The film was selected for a special screening at the 2010 Cannes Film Festival. A reviewer writing from Cannes characterized the film as “a complex story told exceedingly well and with a great deal of unalloyed anger.”