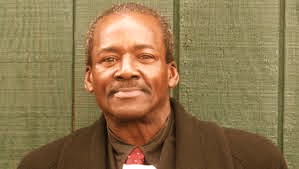 As Denver faces a string of police brutality cases, a federal jury has awarded a historic $4.6 million in damages to the family of a homeless preacher killed while he was in the booking area of the Denver jail. Marvin Booker died after he was grabbed and then piled on by a team of officers who handcuffed him, put him in a chokehold and tasered him. The coroner ruled his death a homicide, but prosecutors declined to charge the deputies involved, and Denver Sheriff Department officials never disciplined them, saying Booker could have harmed someone and that force was needed to restrain him. The case highlights a history of alleged misconduct by the police department, and has added momentum to calls for reform both locally and nationwide in the aftermath of calls for justice in the killing of unarmed teenager Michael Brown by an officer in Ferguson. We are joined by two guests: Rev. Reginald Holmes, pastor of the New Covenant Christian Church/Alpha and Omega Ministries, who has been a leading voice calling for law enforcement accountability, and Susan Greene, editor of The Colorado Independent and longtime reporter formerly with The Denver Post.

AMY GOODMAN: We’re on the road in Denver, Colorado, broadcasting from the studios of Open Media Foundation/Denver Open Media. Denver has been plagued by a string of police brutality cases, and this week a federal jury awarded an historic $4.6 million to the family of a homeless preacher who died when sheriff’s deputies used excessive force against him. Marvin Booker was a homeless street preacher from a prominent family of Southern preachers. In 2010, he was killed by deputies in the booking room of the Denver jail.

Surveillance video of Booker’s death shows what happened. A warning to our TV viewers, as we show the video now, it contains disturbing content. It shows Marvin Booker being grabbed by an officer, then piled on by a team of officers, who then restrain him in handcuffs and put him in a chokehold. After he appears motionless, he’s then tasered. Eventually, deputies carry him out of sight of the camera. Booker was pronounced dead hours later in what the coroner ruled a homicide. Prosecutors declined to charge the deputies involved, and Sheriff’s Department officials never disciplined them, saying they believed Booker could harm someone and that force was needed to restrain him.

On Tuesday, Booker’s family and supporters gathered on the steps of Denver’s city jail after a jury awarded the Booker family $4.65 million in compensation and damages. This is Reverend Timothy Tyler, pastor at Shorter Community AME Church in Denver.

REV. TIMOTHY TYLER: Today, in the court of law, a jury stood up. A body of authority stood up for the first time in four years and declared that five sheriff deputies were guilty of excessive force, leading to the death of Marvin Lewis Booker. All Marvin wanted to do was get his shoes.