You are here: Home / Events / US Emergency Spills / History’s 10 Most Famous Oil Spills

Have you ever been curious about history of oil spills? Or wonder what was the most famous or the largest oil spill in history? Do you know all the facts like Exxon Valdez‘s Captain, Joesph Hazelwood, never had his captains license revoked and it remains valid to this date?

To put the recent Deepwater Horizon and Cosco Busan oil spills in historic perspective, here are ten of the world’s largest oil spills in world history. 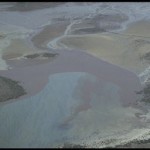 On March 16, 1978, the Amoco Cadiz ran aground on Portsall Rocks, three miles off the coast of Brittany due to failure of the steering mechanism. The vessel had been en route from the Arabian Gulf to Le Havre, France when it encountered stormy weather which contributed to the grounding. The entire cargo of 1,619,048 barrels, spilled into the sea. A slick 18 miles wide and 80 miles long polluted approximately 200 miles of Brittany coastline. Beaches of 76 different Breton communities were oiled. The isolated location of the grounding and rough seas restricted cleanup efforts for the two weeks following the incident. Severe weather resulted in the complete break up of the ship before any oil could be pumped out of the wreck. As mandated in the “Polmar Plan”, the French Navy was responsible for all offshore operations while the Civil Safety Service was responsible for shore cleanup activities. Although the total quantity of collected oil and water reached 100,000 tons, less than 20,000 tons of oil were recovered from this liquid after treatment in refining plants. Keyword: Adverse weather conditions, boom, skimmer, vacuum truck, manual removal, high-pressure hot water washing, sub-surface oil, remote response, BP 1100X, Finasol OSR, BP 1100WD, Finasol OSR-5, chalk, low pressure washing, disposal. 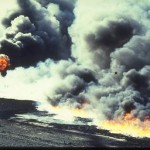 During the 1991 Gulf War, tankers and oil terminals in Kuwait were destroyed, causing the release of an estimated 6-8 million barrels (252 – 336 million gallons) of oil into the waters of the Arabian (Persian) Gulf. Many oil wells in Kuwait were destroyed and set on fire, resulting in the release of much greater amounts of oil and combustion products to land, air, and water in Kuwait.

On March 6, 1990, the Cibro Savannah exploded and caught fire while departing the pier at the Citgo facility in Linden, New Jersey. About 127,000 gallons of oil remained unaccounted for after the incident. No one knows how much oil burned and how much spilled into the environment.

On November 1, 1979, the Burmah Agate collided with the freighter Mimosa southeast of Galveston Entrance in the Gulf of Mexico. The collision caused an explosion and a fire on the Burmah Agate that burned until January 8, 1980. An estimated 2.6 million gallons of oil were released into the environment, and another 7.8 million gallons were consumed by the fire.

On March 24, 1989, the Exxon Valdez ran aground on Bligh Reef in Prince William Sound, Alaska. The tanker was traveling outside the normal shipping lanes in an attempt to avoid ice. It spilled 10.8 million gallons of oil (out of a total cargo of 53 million gallons) into the marine environment, and impacted more than 1,100 miles of non-continuous Alaskan coastline. State and Federal agencies continue to monitor the effects of this spill, which was the largest oil spill in U.S. history. 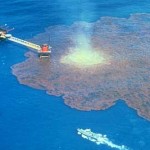 The 2-mile-deep exploratory well, Ixtoc I, blew out on June 3, 1979 in the Bay of Campeche off Ciudad del Carmen, Mexico. By the time the well was brought under control in March, 1980, an estimated 140 million gallons of oil had spilled into the bay. The Ixtoc I spill is currently #2 on the all-time list of largest oil spills of all time.

On September 16, 1990, the tank vessel Jupiter was offloading gasoline at a refinery on the Saginaw River near Bay City, Michigan, when a fire started on board and the vessel exploded.

The Megaborg released 5.1 million gallons of oil as the result of a lightering accident and subsequent fire. The incident occurred 60 nautical miles south-southeast of Galveston, Texas on June 8, 1990.