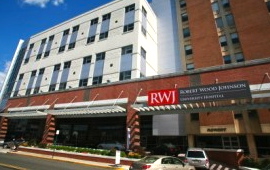 In a time of greed, the nurses of Robert Wood Johnson University Hospital (New Brunswick, NJ) care. Why? 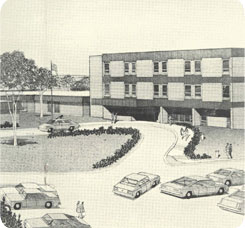 In a small two-story house at 142 Livingston Avenue in New Brunswick, New Jersey, The Robert Wood Johnson Foundation began its transition from a locally oriented philanthropy to the nation leading grantmaker in the health field. Through most of the twentieth century, New Brunswick was a company town, and the company was Johnson & Johnson, one of the world largest manufacturers of health care products. The town is also the home of Rutgers University, New Jersey state university, and the Robert Wood Johnson medical complex of hospitals and teaching institutions. From the moment that the first Robert Wood Johnson, who founded the company with his two brothers, Mead and James, set foot in New Brunswick in 1885 and decided to establish a plant there, the town and the company have lived in symbiosis, caring and providing for each other.

It was in New Brunswick that Robert Wood Johnson married for the second time. From this marriage, he had three children, including, in 1893, Robert Wood Johnson II. Young Robert attended Rutgers Preparatory School, but when his father died in 1910, he chose to enter the family business rather than attend college. By that time, the company was providing 90 percent of cotton and gauze bandages worldwide, exported in its own steamships. By that time, too, Mead had left the company to start his own enterprise, and James succeeded to the presidency. Robert moved in with his Uncle James and worked his way up from the mill floor to the executive suite. He was appointed a director of the company at the age of twenty-one, second vice president four years later, president and general manager in 1932, and chairman of the board in 1938. Because the company was vitally concerned with the delivery of health care, he visited hospitals worldwide; he also served terms as president and chairman of Middlesex General Hospital now the Robert Wood Johnson University Hospital in New Brunswick. 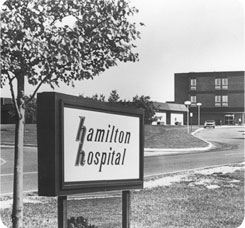 Johnson married Elizabeth Dixon Ross, of New Brunswick, in 1916, and their wedding was the social event of the year. They moved into Bellevue, an estate in Highland Park, and their son, Robert Wood Johnson III, was born in 1920. While living in Highland Park, Johnson became involved in local politics and served a term as mayor while he was still in his twenties. His marriage broke up in 1930, and his wife and child remained at Bellevue, while he relocated with his new wife, Margaret, to Morven, in Princeton, which later became the governor mansion. With his third wife, Evelyne, he moved in the 1940’s to Longleat, an estate south of Princeton. 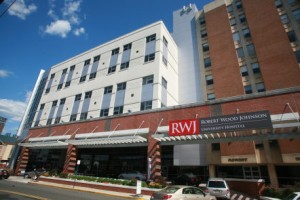 From any perspective, Robert Wood Johnson was a singular individual. Though he was a firm believer in the corporate system, he promoted policies of employee support and empowerment that were radical for their time. He fought to maintain employee wages as a way of reinflating the economy during the Depression, and he developed a company credo that is a model of corporate enlightenment. During the Second World War, he was first a colonel and later a brigadier general, charged with running the Smaller War Plants Corporation, a position that the Washington columnist Drew Pearson called the most difficult, undesirable job in government.  Though Johnson lacked a university education, his book, Or Forfeit Freedom, won the Book of the Year award from the American Political Science Association in 1948. To read more about Robert Wood Johnson Hospital history go to the website above.

“Academic medical centers offer the highest quality of care, including state-of-the-art diagnostic treatment services for the most serious medical conditions, cutting edge medical research and innovative techniques to improve patient outcomes and survival rates,” said  Paul V. Stahlin, chairman of Somerset Medical Center’s Board of Trustees. “Choosing Robert Wood Johnson University Hospital as Somerset Medical Center’s partner allows us the best opportunity to continue our mission of providing premier-quality, comprehensive healthcare services to residents of Central New Jersey well into the future — as we have for more than 100 years.”

The pending merger comes at a time when hospitals of all sizes across the state and nation are re-evaluating and significantly changing their operational strategies and delivery models to cope with growing financial challenges.

“As our nation’s healthcare system continues to evolve into one which ensures the health of entire populations rather than focus on delivering episodes of care, this new strategic partnership with Somerset Medical Center better enables us to care for the people of the region,” stated John R. Lumpkin, MD, MPH, chairperson of the Robert Wood Johnson University Hospital Board of Directors.

“Robert Wood Johnson University Hospital and Somerset Medical Center have enjoyed a long, positive relationship, working with many of the same talented physicians to serve our community,” said Stephen K. Jones, president and CEO of Robert Wood Johnson Hospital and Health System.  “We seek to build on this history and better position both organizations for future success.”

“We are taking a very proactive approach toward strengthening our position and enhancing our ability to provide the best, most comprehensive care in current and future healthcare environments,” said Ken Bateman, president and CEO of Somerset Medical Center.  “Aligning with a dynamic partner such as the Robert Wood Johnson University Hospital, that also shares our vision, values and commitment to the communities we serve is one way in which we might best accomplish that goal.”

“We are very close to finalizing the necessary definitive agreement documents between both organizations and look forward to officially sharing that news,” said Stahlin.

The merger will be subject to state and federal regulatory review.