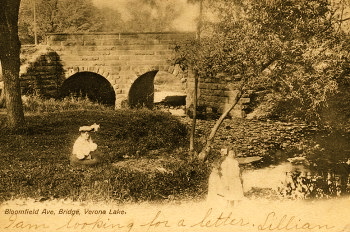 In the year of its creation the Commission engaged the landscape architectural and engineering firm of Bogart and Barrett to begin the initial plans for the parks. They were replaced in 1898 by the Olmsted Brothers a decision of far-reaching importance. The firm finalized the early plans and went on to design all the parks and reservations of the Essex County System, excluding only its most recent acquisitions. Established by the nephew and stepson of Frederick Law Olmsted, the nation’s foremost landscape architect, the Olmsted Brothers organization held to the highest standards of the Senior Olmsted and produced one of the nation’s finest park systems.

In 1916, the headquarters of the Park System was established at 115 Clifton Avenue, Newark. This building has been registered as a national historic site, and continues to serve as the Parks Administration Center.

In May of 1979, the Park Commission was replaced by the Essex County Department of Parks, Recreation and Cultural Affairs, which took over the responsibility for park development, maintenance and programs, as well as the arts, cultural, and historic preservation responsibilities of the former Cultural and Heritage Commission.

To the uninitiated, parks seem to be preserved areas of natural beauty.  Not so.  The Olmsted parks of Essex County are every inch designed and constructed.  Lakes were excavated, mounds built, and trees and plants imported.  The parks are works of art that use the elements of nature.  The Olmsted style features winding roads, natural waterways, open fields and scenic overlooks.  Sunken roadways drop the visual intrusion of traffic below eye level, and thickly planted border mounds are contoured to give the illusion of nature extending beyond the parks.  The Olmsted philosophy included linking up green spaces through a system of parkways.  At one point early in its development the Essex County Park System included several such parkways.

While the Park System grew to over 6000 acres, years of social and fiscal crises took their toll on the parks. In 1998, a voter referendum established an Open Space Trust Fund exclusively for parks.  This was augmented by a more aggressive pursuit of grant monies, particularly through the New Jersey Green Acres Program. Since 1995, the Essex County Park System has seen over 100 million dollars in capital improvements.

Today, amid a very different cultural climate than  the original architects could have imagined, the matured landscape has brought the grand Olmsted designs to fruition.  Frederick Law Olmsted and his sons have become celebrated icons, while public interest in history and historic preservation has never been higher.  Essex County is proud of this heritage and is dedicated to recognizing and promoting the historic significance of its parks.  While absolute purist restoration is impossible, the goal is to create a balance between todays increased needs for recreation and a respect for the historic park design.  These guidelines have been an integral part of the Countys 2003 Open Space Master Plan.