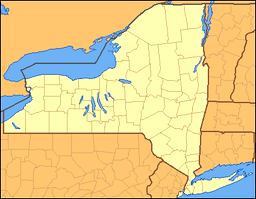 Although Native Americans, or Indians, used the area as a thoroughfare and hunting ground, there is no conclusive evidence they made it their permanent residence.  Europeans began coming into the county in the 1730s and 1740s.  Most were Scotch- Irish, English, and Irish in origin.  A few were Germans.  The existence by 1750 of Presbyterian, Quaker, Anglican, Catholic, Lutheran, and Reformed congregations is evidence of the diversity of the earliest residents.

The separation of Adams from York in 1800 followed similar recent divisions in numerous other counties. For decades, residents in what was called the upper end of York County had provided their full share of its political leadership.  They were now ready, eager, and able to strike out on their own.

Adams County was long almost entirely rural.  After 1800 the number of towns and villages increased, but as late as 1860 there were only two boroughs (Gettysburg and Abbottstown), only one of which had more than 1,000 people.  The census of 1900 labeled 90 percent of the population “rural.  By 1950, there were eleven boroughs. Gettysburg was the only one with more than 5,000 people.  In that year, using the census definition at the time, 72 percent of the population was labeled “rural.

After the revolution, as some Scotch-Irish and Quaker familys left Adams County, their places were taken by Germans, many of whom came from eastern Pennsylvania.  By 1860, about half of the 89 congregations in the county were Lutheran or Reformed, most of whose members were of German extraction.  A religious census in the early 1950s found 30,875 church members in the county, more than half of whom were either Lutheran or Reformed.  About one-third was Roman Catholic.

In 1800 there was no public education in Pennsylvania. Each community had to provide its own.  When the legislature passed a public school law in 1834, each of the nearly 1,000 districts into which the state was divided had to determine whether it wanted public schools, school taxes, and state financial aid, or continue with the old arrangement. Seven of Adams Countys seventeen districts immediately accepted.  The last one, which did not accept, waited for about a decade before falling into line.  By 1900, Adams county townships had more than 150 schools, most of which had one room.

Beginning as early as the l880s, major changes began occurring in public education in Pennsylvania.  A free textbook law was passed in 1893.  Two years later, there was a compulsory attendance law (and the truant officer made his appearance) and in that year, all school districts were authorized to establish high schools.  By 1919, there were ten such schools in Adams County, several of which began and remained with two-year programs.  Legislation passed in 1911 and 1919 permitted districts to consolidate schools and authorized the state to assist districts financially in transporting students (the school bus made its appearance).  By 1945, the number of township schools in the county had dropped to about 125.

The Gettysburg Lutheran Theological Seminary began instruction in 1826.  When its chief founder, Reverend Samuel Simon Schmucker (1799-1873), soon concluded that a liberal arts college was needed to prepare students properly for seminary, as well as for other careers, he gathered local support for founding in 1832 what was called Pennsylvania College at Gettysburg. While the seminary never enrolled as many as 50 students until 1888 and the college as many as 100 until 1866, both of these institutions  had a continuous existence and soon exerted a considerable influence on higher education in general.  The seminary enrollment in 1950 was 132.  That of the college (the legal name of which was changed to Gettysburg College in 1921) in the same year was 1,231.

Named in honor of the second, and last, Federalist president of the United States, Adams was one of the most reliable Federalist counties in Pennsylvania until that party declined and disappeared after the War of 1812.  Later, it regularly fell into the Whig column.  Thaddeus Stevens (1792-1868), who practiced law in Gettysburg from 1816 until 1842, was a leader of the state and national short-lived Anti-Masonic party and then of the Whigs.  When the existing party system collapsed in the 1850s, the majority of Adams voters became Democrats and remained so, with only a few exceptions, until after World War I. Adams went Republican in 1920 and except for 1932, 1936, and 1964 has remained in that column.

For many decades after 1800, most of the residents of Adams County were either farmers or engaged in occupations closely related to farming, such as milling, blacksmithing, and wagon making. Contemporary observers noted that by mid-century Adams county soil was responding to the liberal use of various fertilizers.  In 1876, County Superintendent of Schools Aaron Sheely (1836-1914) noted that, while once “an object of reproach for the poverty of its soil and for its limited resources, Adams County now had “everything that is necessary to make a county prosperous and its people happy.”

During the first half of the twentieth century, Adams County ranked among the six to eight leading wheat producing counties in the state.  After about 1900, commercial production of apples, peaches, and later cherries became a major undertaking, especially in a four-to- six-mile belt along the northern and western county boundary.  By the 1920s, Adams County ranked first or second in the state in annual production of all three fruits.

In 1860 Adams county ranked well below its neighboring counties of York, Cumberland, and Franklin in numbers of industrial establishments, employees, and value of product. There were still many flour and other mills.Â  The county was then well known as a manufacturer of carriages, many of which were sold in the South, but the census figures indicate this was actually a small industry.

In the generation before the Civil War, the issue of human slavery confronted the nation.  Many Adams counties would say they opposed slavery, but saw no acceptable way of eliminating it in their lifetime.  Few joined antislavery societies or would vote for a party, which advocated a national program of abolition.  Some counties participated in the Underground Railroad, which assisted slaves in their flight north to freedom. When war came in April 1861, many counties enlisted for what was then expected to be a short and decisive campaign to save the Union.  Before it ended four years later, about 3,000 counties had entered the service. After several real or threatened forays near and into Adams County, the Confederate Army of Northern Virginia and the Union Army of the Potomac met in and around Gettysburg at the end of June 1863.  Over three days in July an estimated 170,000 soldiers fought each other.  When the battle ended, more than 40,000 were among the killed, wounded, or missing.  The Confederates retreated and returned to Virginia. Then began the incredibly difficult task of caring for the wounded, burying the dead, destroying horses, removing debris of all kinds, and resuming lives.  While this was happening, visitors began coming, looking for loved ones, or simply observing the scene.

On August 15, a prominent local businessman, George Arnold (1799-1879), wrote to a friend then in the service that while almost everyone had suffered from “the invasion”, it could have been worse.  He told of plans already being made to bring together “our noble brave dead” and bury them “upon one sacred spot set aside for that purpose.  With the limited perspective available to him only six weeks after the battle, George Arnold was already convinced that “our town has now become immortalized.

Under the auspices of the newly organized Gettysburg Battlefield Memorial Association, Soldiers’ National Cemetery was dedicated on November 19, 1863 by President Abraham Lincoln. In 1879 the first of about 1,300 monuments was erected on the battlefield, which eventually became and has remained the most heavily marked such place in the world.  Subsequent presidents followed Lincoln to Gettysburg, either to visit or to deliver addresses.  In 1895, the property was transferred to the United States War Department.  In 1933, it became part of the National Park Service in the Department of the Interior.

Many veterans and non-veterans visited the battlefield each year.  A major reunion occurred in 1913; it was addressed by both President Woodrow Wilson and Vice President Thomas R. Marshall.  The last formal reunion of Blue and Gray was held in 1938, during which President Franklin Roosevelt dedicated the Peace Light Memorial.  An estimated 200,000 people attended this reunion, including 1,845 Civil War veterans, most of who had not fought at Gettysburg.