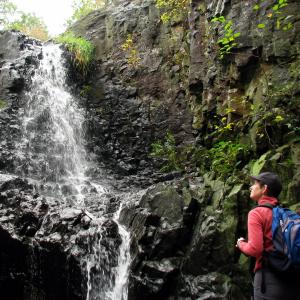 South Mountain Reservation covers 2,047.14 acres in the central section of Essex County, extending through the municipalities of West Orange, Maplewood, and Millburn,Â bordering South Orange, between the first and second ridges of the Watchung Mountain Range. The presence of the early Lenape Indians lingers in the name given to the Watchung the “high hills.”

The reservation has changed only slightly through the years. It’s been preserved primarily in its wild state. Woodlands abound in a variety of hardwood trees, and tall hemlocks tower above streams, creeks and ponds. The west branch of the Rahway River flows through the valley. A reservoir and watershed owned by the City of Orange lies in the northern tract.

Turtle Back Zoo and the Richard J. Codey Arena lie within its boundaries. The vistas of New York, Elizabeth, Union, Staten Island, and Newark can be viewed from the eastern ridge, 550 feet above the community of Millburn.  Deep in the woods a 25-foot waterfall at Hemlock Falls is a dramatic feature.

Largest of the Park System’s reservations, it was built from land purchases begun in 1895 the first year of the Park Commission’s life. It took a decade to untangle the deeds and assemble all the lands at South Mountain.

Before he delegated design of the Essex Parks to his stepson’s firm, Frederick Law Olmsted visited the newly acquired reservation. He regarded it as some of the most beautiful and promising terrain he had ever seen. The design of South Mountain was finalized by the Olmsted Brothers in stages over the years. A good deal of construction work–trails, foot bridges, shelters, etc. was carried out by the Civilian Conservation Corps in the 1930’s.

The roadway on Crest Drive has been closed to vehicular traffic at the old deer paddock so that you may enjoy a leisurely walk down to Washington Rock. This is the Park System’s bona fide Revolutionary War historic site, dating back to the late 1700’s when Beacon Signal Station 9 was located here one of 23 beacons built by General Washington to observe British troop movements quartered on Staten Island and New York City. 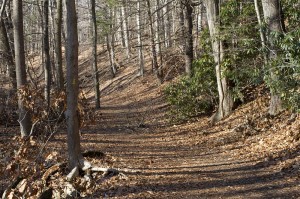 It was from this outlook that, on June 23, 1780, Essex County and Newark Militia were first warned that the British had launched an attack westward toward “the Gap,” (Hobart Gap), a natural pathway to Washington’s troops encamped at Morris Town.  In a pincer movement designed to gain access to the Gap, Hessian troops fought bitterly along Vaux Hall Road, with the British advanced along Galloping Hill Road, until they were repelled, the Hessians at the base of the mountain and the British in Millburn called Millville in those days.  Washington Rock served again as a lookout for the Army when reactivated during the War of 1812.