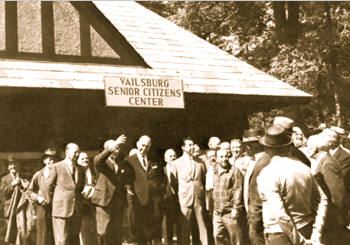 Vailsburg Park is located on 30.32 acres of land in the eastern section of Essex County off Oraton Parkway and South Orange Avenue, running alongside the Garden State Parkway. A mid-sized park heavily used primarily by neighborhood residents, it lies within the Vailsburg area of Newark and is the tenth largest park within the county park system.

In 1915, the County legislature enacted into law the issuance of $500,000 in bonds for the creation of a park in Newark’s Vailsburg Section. The bill provided for a referendum and on November 2, 1915, the people of Essex County endorsed the project. The bonds were accordingly issued by the Board of Chosen Freeholders and the proceeds turned over to the Board in September, 1917.

The park was constructed on a site which in its current state was considered detrimental to Vailsburg. An amusement center located in this area was objectionable to many neighborhood residents.

Although park construction was begun in 1917, major improvements were not completed until the late 1920’s. The Olmsted Brothers designed broad lawns that give a feeling of spaciousness, while large trees abound on the perimeter of the park, surrounding the ballfields, playgrounds, and bandstand.

The U.S. Army put up tents in Vailsburg Park during WWI and WW2 for training, embarking, and recruiting. Again, in 1952 two softball diamonds were eliminated by the U.S. Army, which leased a small portion of the park for an anti-aircraft gun site until they vacated the site in 1960.

Picture above: THE SENIORS BUILDING DEDICATION, 1966