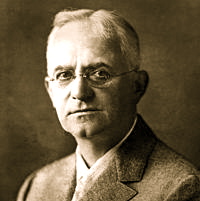 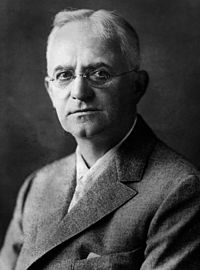 George Eastman (July 12, 1854 – March 14, 1932) was an American innovator and entrepreneur who founded the Eastman Kodak Company and popularized the use of roll film, helping to bring photography to the mainstream. Roll film was also the basis for the invention of motion picture film in 1888 by the world’s first film-makers Eadweard Muybridge and Louis Le Prince, and a few years later by their followers Léon Bouly,Thomas Edison, the Lumière Brothers, and Georges Méliès.

He was a major philanthropist, establishing the Eastman School of Music, and schools of dentistry and medicine at the University of Rochester and in London; contributing to RIT and the construction of MIT‘s second campus on the Charles River; and donating to Tuskegee and Hampton universities. In addition, he provided funds for clinics in London and other European cities to serve low-income residents.

In the last few years of his life Eastman suffered with chronic pain and reduced functionality due to a spine illness. On March 14, 1932 Eastman shot himself in the heart, leaving a note which read, “To my friends: my work is done. Why wait?” 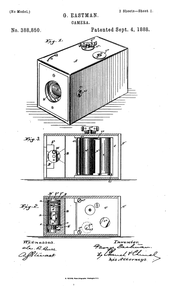 He started his philanthropy early, sharing the income from his business to establish educational and health institutions. Notable among his contributions were a $625,000 gift in 1901 (equivalent to $17.5 million in present day terms) to the Mechanics Institute, now Rochester Institute of Technology; and a major gift in the early 1900s to the Massachusetts Institute of Technology, which enabled the construction of buildings on its second campus by the Charles River.  MIT opened this campus in 1916.

His mother, Maria, was his main family for the majority of his life, and her death was particularly crushing to George. Almost pathologically concerned with decorum, he found himself unable for the first time to control his emotions in the presence of friends. “When my mother died I cried all day”, he explained later. “I could not have stopped to save my life”. Due to his mother’s hesitancy and refusal to take his gifts, George Eastman could never do enough for his mother during her lifetime. Thus, after she was gone, George opened the Eastman Theater in Rochester on September 4, 1922, among its features was a chamber-music hall dedicated to her memory: the Kilbourn Theater. And long after that, a rose cutting from her childhood home still flowered on the grounds of the Eastman House. 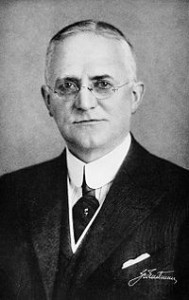 Eastman was associated with Kodak company in an administrative and an executive capacity until his death; he contributed much to the development of its notable research facilities. In 1911, he founded the Eastman Trust and Savings Bank. While discouraging the formation of unions at his manufacturing plant, he established paternal systems of support for his employees.

In his final two years Eastman was in intense pain caused by a disorder affecting his spine. He had trouble standing, and his walk became a slow shuffle. Today it might be diagnosed as a form of degenerative disease such as disc herniations from trauma or age causing either painful nerve root compressions, or perhaps a type of lumbar spinal stenosis, a narrowing of the spinal canal caused by calcification in the vertebrae. Since his mother suffered the final 2 years of her life in a wheelchair,  she also may have had a spine condition but that is unknown—only her uterine cancer and successful surgery is documented in her health history.  If she did have a musculoskeletal disorder, perhaps George Eastman’s spine condition may have been due to a congenital disease, such as Ankylosing Spondylitis, degenerative disc disease, or a variant of Ehlers-Danlos collagen disorder—conditions known to be inheritable but usually presenting earlier in age. Eastman grew increasingly depressed due to his pain, reduced ability to function, and also since he witnessed his mother’s suffering from pain. On March 14, 1932, Eastman committed suicide with a single gunshot through the heart, leaving a note which read: 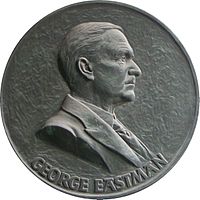 In 1926, George Eastman was approached by Lord Riddell, the Chairman of Royal Free Hospital, to fund a dental clinic in London. He agreed to give £200,000, which was matched by £50,000 each from Lord Riddell and Sir Albert Levy, the Royal Free’s honorary treasurer.  The Eastman Dental Clinic was opened on November 20, 1931, by the American Ambassador in the presence of Neville Chamberlain. The building, which resembled the Rochester Dispensary, was totally integrated into the Royal Free Hospital and included three wards for oral, otolaryngology and cleft lip and palate surgery. It was dedicated to providing dental care for children from the poor districts of central London.  In a similar manner, Eastman went on to establish dental clinics in Rome,Paris, Brussels, and Stockholm.