You are here: Home / Education / Women Who Made History / Ella Josephine Baker 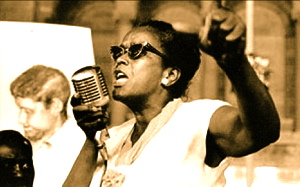 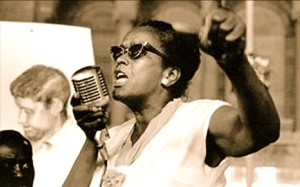 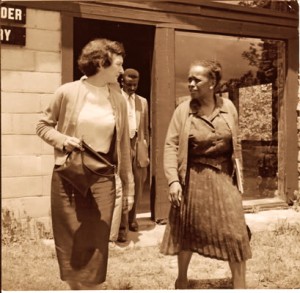 Born in 1903 in Norfolk, Virginia, Ella Baker became involved in political activism in the 1930’s. She organized the Young Negroes Cooperative League in New York City, and later became a national director for the NAACP. In 1957, Baker joined the Southern Christian Leadership Conference, whose first president was Martin Luther King, Jr. She also worked with the Student Nonviolent Coordinating Committee to support civil rights activism on college campuses. Baker died in New York City in 1986. 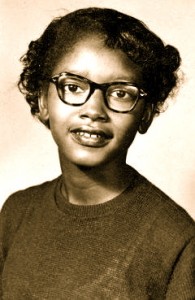 Born in Norfolk, Virginia, on December 13, 1903, Ella Baker was one of the leading figures in the civil rights movement of the 1950’s and 1960’s. She grew up in rural North Carolina. Baker was close to her grandmother, a former slave. Her grandmother told Baker many stories about her life, including a whipping she had received at the hands of her owner.

A bright student, Baker eventually went to Shaw University in Raleigh, North Carolina. She was the class valedictorian when she graduated in 1927. After she completed her degree, Baker moved north to New York City. There she worked a number of jobs while trying to make ends meet. Baker helped start the Young Negroes’ Cooperative League, which allowed its members to pool their funds to get better deals on goods and services.

Around 1940, Baker became a field secretary for the National Association for the Advancement of Colored People. She traveled extensively, raising funds and recruiting new members to the organization. In 1946, Baker became the NAACP’s national director of branches. She took over care for her niece, Jackie Brockington, a few years later, which Baker to resigned from her NAACP post. She felt her position required too much travel. Staying in New York, Baker worked for a number of local organizations, including the New York Urban League. She also helped out at the New York chapter of the NAACP. 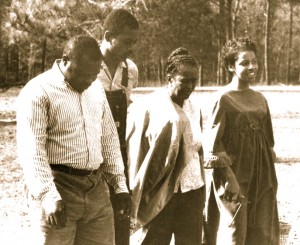 In 1957, Baker joined the Southern Christian Leadership Conference as its executive director at the request of Dr. Martin Luther King Jr. The SCLC was a civil rights group created by African American ministers and community leaders. During her time with the SCLC, Baker set up the event that led to the creation of the Student Nonviolent Coordinating Committee in 1960. She offered her support and counsel to this organization of student activists.

While she left the SCLC in 1960, Baker remained active in the SNCC for many years. She helped them form the Mississippi Freedom Democratic Party in 1964 as an alternative to the state’s Democratic Party, which held segregationist views. The MFDP even tried to get their delegates to serve as replacements for the Mississippi delegates at the National Democratic Convention in Atlantic City, New Jersey that same year. While they were unsuccessful in this effort, the MFDP’s actions brought a lot of attention to their cause. 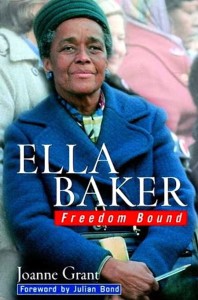 Ella Baker returned to New York, where she continued her activism. She later collaborated with Arthur Kinoy and others to form the Mass Party Organizing Committee, a socialist organization. In 1972 she traveled the country in support of the “Free Angela” campaign demanding the release of Angela Davis. She lent her voice to the Puerto Rican independence movement, spoke out against apartheid in South Africa and allied herself with a number of women’s groups, including the Third World Women’s Alliance and the Women’s International League for Peace and Freedom. She remained an activist until her death in 1986 on her 83rd birthday.

It is widely written that Ella Baker and Martin Luther King, Jr., as well as other SCLC members, differed in opinion and philosophy. She once claimed that the “movement made Martin, and not Martin the movement”. Another speech she made, in which she urged activists to take control of the movement themselves, rather than rely on a leader with “heavy feet of clay,” was widely interpreted as a denunciation of King.

Ella Baker was a notoriously private person. People close to her did not know that she was married for twenty years to T. J. “Bob” Roberts. She left no diaries. The 1981 documentary Fundi: The Story of Ella Baker, directed by Joanne Grant, revealed her important role in the Civil Rights Movement.

“Until the killing of black men, black mothers’ sons, becomes as important to the rest of the country as the killing of a white mother’s sons, we who believe in freedom cannot rest until this happens.” (1964)

“The development of the individual to his highest potential for the benefit of the group.”