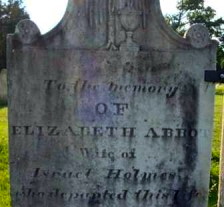 In 1609 when Hendrick Hudson sailed his eighty-ton craft across the Atlantic and up the river which bears his name, the first accident to his ship on the river was the running of it on a flat or bar. No damage was done; the vessel was quickly floated and went on. The bar has grown larger and is still troublesome to navigators, but the interesting fact, historically, is that the city called Hudson has grown up opposite the bar, and the first exploration and description of the Columbia County country was the result of this forced stop.

As a county Columbia was set off from Albany on April 4, 1786. Lying on the eastern shore of the Hudson, between the counties of Rensselaer on the north and Dutchess on the south, it has an area of 688 square miles and a population in 1920 of 38,930. The Taghkanic mountains form the east border, with the adjoining hills reaching in irregular waves toward the Hudson. There are a number of small streams running through the county and clusters of lakes add to its picturesqueness. To the early settler these streams meant not beauty but power, and some of the ancient dam locations are still being used.

With a soil as varied as its terrain, Columbia is adapted to nearly every kind of agriculture. The coarser grains and hay make up the bulk of the agricultural crops, and the greater part of these are fed to stock or mulch cows. Dairying has become of marked importance. It is for its horticulture that the county is best known, for not only are apples and the larger fruit trees planted, but great quantities of the smaller fruits and berries are grown and shipped to the large city markets. Manufacturing has never been a feature of the county life in any dominant way.

Transportation has never been the problem so hard to solve as it has been in most parts of the State. The river was the first highway, one never excelled. The railroad of 185I made for speed north and south, and the branches added during the next quarter century connected the county with all parts of the State. A ferry was one of the first of the transportation enterprises of the county, a scow. But one of the first of the Hudson council’s acts was one regulating the ferry and the rates that it should charge (July 13, 1786). By this, a man, a horse, an ox and a cow were all on the same level, and must pay each 6d. Sloops and ships of larger rig, for a draft of fifteen feet could be carried to Hudson, made irregular calls from as early as 1680, when Jasper Dankers and Peter Sluyter carried grain down the river in their vessel for a “certain female trader.” Steam-boating by Columbia County owned boats came in with the “Bolivar”, in 1825, this to be followed by many steamboat companies during the next century. One oddity of the river and industrial history of Columbia is the remarkable place it held for a time in the whaling industry. From 1825 to 1835, whale oil was one of the largest of the county’s exports.