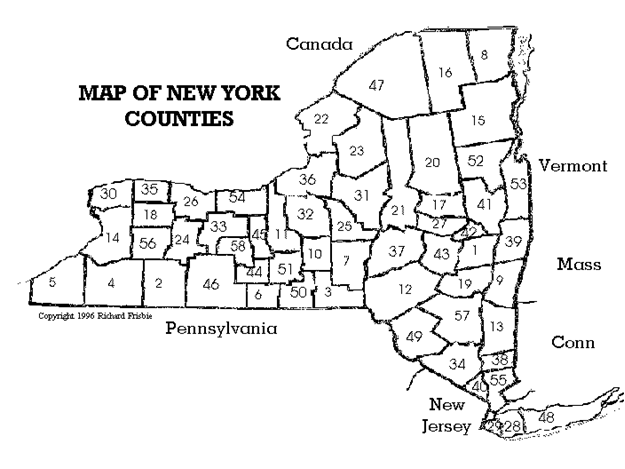 In 1924 the City of Albany celebrated its tercentenary as the oldest city in the United States. The history of the county goes back another century for, in 1525, Verrazano ran the keel of the “La Dauphine” on Castle Island. On this bit of land some years later French trappers built a fortified trading post. On September 19, 1609, an English captain of a Dutch vessel reached the head of navigation and dropped anchor near the present site of Albany. After four days spent in getting acquainted with the country and its Indians, the English Hudson set sail in his Dutch “Half Moon” to carry to Holland fruits, furs and astounding tales of the wonderful region to which he had been.

The thrifty Hollanders promptly sent other ships back over the wake of the “Half Moon” to ascend the river and establish trade with the Indians of the Albany and other sections. To protect their venture, they secured a license, giving them trading rights for a period of three years. As a result, the old chateau left by the French on Castle Island was rebuilt in 1615, and named in honor of the Stadt-holder, Fort Nassau.

But the desire of the Dutch was to make more of this district than a mere trading station. They knew nothing about this country, supposing it to be a part of the West Indies, and exceedingly rich with all manner of possibilities. Therefore the West India Company was formed, and under its auspices, in March, 1624, a ship bearing some thirty families was sent to colonize the Nieu Nederlandt. Some of these folk stopped at Manhattan Island, but the majority went up the Hudson and located on the fertile meadow, just above Fort Nassau. They built a fort for their protection, which they named Fort Orange. Around it they grouped their rude homes. This was the first permanent settlement in Albany County, and all this had come about two years before the West India Company bought the Island of Manhattan from the Indians.

In 1629 the West India Company granted to Killian Van Rensselaer a charter conferring privileges over the territory in the Fort Orange section that any European feudal lord might envy. Through his agents, from 1630 to 1637, he purchased a domain twenty-four miles north and south and forty-eight miles east and west, including nearly all the acres of Albany and Rensselaer counties. To this great manor the proprietor, who had been given the title of patroon, sent a ship load of immigrants in 1630, to be followed by others in the succeeding years. With them came supplies of many sorts, for which, with the land, the colonists were to pay annual rentals the land was not sold and the difficulties growing out of the controversies over these leasehold tenures were many and increased both in number and size. It was almost a century later, 1839, before they became insurmountable, but the “anti-rent question” troubled the county until Civil War times, when most of the lands had been conveyed in fee simple. Meanwhile, the English had taken over the Dutch colonies, 1664, and a new charter given the patroon. In 1787 feudal tenure was abolished.

On November 1, 1683, when the State of New York was divided into ten counties, Albany was erected as one of them with an exceedingly large territory. From its area has since been taken the counties of Tyron and Charlotte, in 1772; Columbia, in 1786; Rensselaer and Saratoga, in I79I; a part of Schoharie, in 1795; a part of Greene, in 1800, and Schenectady, in 1809. The Manor of Rensselaerwyck was erected into a district March 24, 1772. The county lies on the west bank of the Hudson River, I50 miles from its mouth, and contains 544 square miles. The Mohawk forms a part of the northern boundary.

The region which makes up the county is not notable for its scenery, minerals, or fertility of soil, although in variety and completeness, it is probably the equal of all but one or two of the New York counties. There are numerous streams, many of which gave their power to the early colonists. The surface of the county is rolling, hilly in parts, still there are no mountains. Many of the shallow valleys between the hills have a deep, rich, alluvial soil, but in several towns the soil is almost pure sand. Agriculture has risen to heights in the area and has many phases, both of these being due rather to the rapid development of cities within the range of a few miles. Almost every variety of farming and gardening are found in the county, with nearly every crop possible in the climate grown on a commercial scale.

If there is one feature more than another that brought about the past and present prominence of the Albany section, it is its location on the great thoroughfares of today and the historic yesterday. It was the four corners of the Indian trails. And when these in turn became the highways of the French, and following them the British, they took on a strategic value in addition to, or because of, their intrinsic importance. Later came the canals and railroads and the growth of commerce and industry. The capital of the greatest of the States was located in the county. And in it centers the crossroads of traffic through the most densely populated, richest part of the republic.