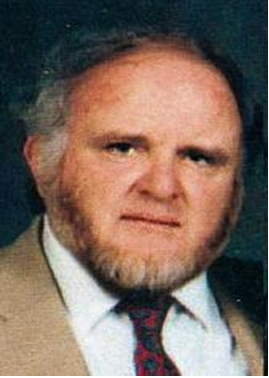 Dr. Robert Van Roden Allen received his B.A. (cum laude) from Bucknell University in 1973. From 1974 to 1976 he attended language and philosophy at the IFK-University of Salzburg, Austria and the University de Nice, France. He was awarded an M.A., in 1980, as well as a Ph.D., in 1983, from Pennsylvania State University with a specialization in Modern Political Theory and the History of Modern Philosophy. During the 1980s, Dr. Allen worked as an instructor at Pennsylvania State University where he lectured on a number of subjects including: Ethics and the Professions, Modern Science and Human Values, and Labor and Industrial Relations. During this period, Dr. Allen was also active in The National Benefit Fund for District 1199P of The National Union of Hospital and Health Care Employees AFL-CIO as an Office Manager and a Field Organizer.

From the Spring of 1985, until February 1987, Dr. Allen worked for the National Benefit Fund and for District 1199P Special Projects, including research and worker surveys, lobbying (including coordination of District 1199P’s successful lobbying efforts in passage of special nursing legislation in Pennsylvania) and organizer/staff support. From February 1987 until Fall of 1988, Dr. Allen served as Director of Education for District 1199P; conducted ongoing, state-wide delegate training for 1199P members and delegates; initiated and conducted leadership training sessions for officers, delegates, and members; prepared instructional materials for training sessions, including delegate and leadership manuals, health and safety materials and surveys, and various reference materials. At the same time, he served as Editor of District 1199Ps state-wide publication Pennsylvania Healthcare News.

During the mid- 1990’s to early 2000, Dr. Allen oversaw production, text preparation and retail sales work for Pro-Copy, Inc. at State College, Pennsylvania. During summer of 2000, he developed and translated product literature for the Galtherm Corporation in Pujaut-Avignon, France. For the last four years, Dr. Allen has been working to develop multi-media oral history projects. He is currently at work on a multimedia oral history of the 1987 Paper workers strike against International Paper titled Lock Haven and the Dream Deferred as well as a multimedia oral history project on Negro League Baseball, titled The Souls Of Black Baseball. Dr. Allen has spent the last four years traveling across the Eastern United States visiting and interviewing on film every surviving player of the Negro Leagues in an effort to preserve and promulgate the history and stories of Negro League Baseball. To date, Dr. Allen has collected over 280 hours of interviews and film footage on the subject. According to Dr. Allen, â€œwithout such histories being recorded, getting the actors to recall the play, and enabling future generations to see and understand the scene of the past, in time we forget who we are. As players from the old baseball Negro Leagues probe the scars and remember the joys of their finest hours amidst the apartheid at the heart of the nations pastime, this project will memorialize who they were so that we can better understand who we might be. Hopefully, it will make a special contribution to this important history of sport and American society; be of help and use to veteran historians of the sport; and bring to life and keep alive the lessons and challenges we can all take up from this fascinating history.

In addition to his remarkable efforts to record and preserve Negro League Baseball history, Dr. Allen has also been active in the preservation and promotion of other black sports histories. Since 2003, he has been an Editor and contributing writer for the Oakland, California based African American Ethnic Sports Hall of Fames African American Sports Magazine.

He recently published the biography of Harold Gould of the Philadelphia Stars of the Negro National League titled HE CAME FROM GOULDTOWN. An oral history writerÂ on the history of Negro League Baseball, in addition to serving on the Society of North American Hockey Research USA Executive Board, Dr. Allen serves on the Induction Committee of the Black Hockey and Sports Hall of Fame. He is currently teaching at Cumberland County College of New Jersey and for Wilmington University.