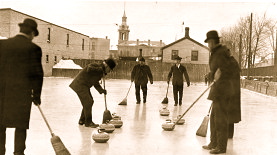 How They Train: Curling

TIME’s Sean Gregory learns how to hurl some Scottish stone down a sheet of ice with the U.S. Olympic Curling Team. To watch more videos, check out: http://www.time.com/olympics. 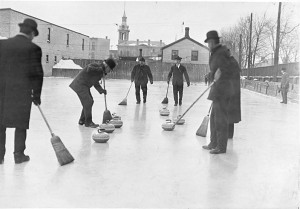 Curling was included in the program of the inaugural Winter Olympic Games in 1924 in Chamonix. The results of that competition were not considered official by the International Olympic Committee until 2006. Curling was a demonstration sport at the 1932 Games, and then again after a lengthy absence in 1988 and 1992. The sport was finally added to the official program for the 1998 Nagano Games.

The related sport of ice stock sport (eisstockschießen in German) was a demonstration event in 1936 and 1964. These events are not to be considered additional demonstrations of curling. 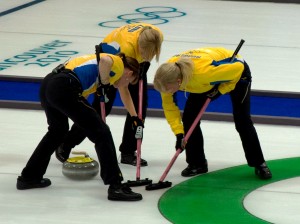 Two events are contested, the men’s and women’s. A third, mixed doubles, was considered for inclusion in the 2010 Winter Olympics and was referenced by The Simpsons that year. However, it was rejected because the Olympic Programme Commission felt it had not developed enough.