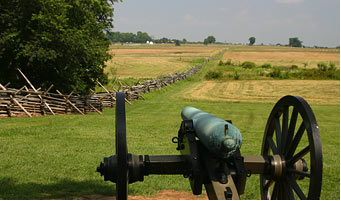 1793: The first Fugitive Slave Law is passed by Congress to help Southern slaveholders to retrieve fugitive slaves. The statute allowed Southern slave owners to recapture runaway slaves, but did not require federal marshals to assist owners and did not empower judges to issue warrants of arrest.

1834-1835 The Columbia Race Riots erupt as the result of dissatisfaction over the entrepreneurial success of Stephen Smith, an African-American resident.

Article III, Section 1. In elections by the citizens, every white freedman of the age of 21 years . . . shall enjoy the rights of an elector.

1838: Under the new Pennsylvania Constitution, free blacks lose their right to vote:

1850: As a result of a new Fugitive Slave Law, federal marshals were enjoined to help recapture slaves, under the penalty of a $1000 fine for dereliction. If a runaway escaped while in a marshal’s custody, the marshal had to forfeit the slave’s full value to the owner. Persons guilty of abetting slaves’ escape were subject to fine and a maximum prison sentence of six months. As in Southern courts, slaves could not testify against whites, but a master’s circumstantial evidence was easily admissible. Federal commissioners received $5 for pro-slave verdicts, $10 for decisions favorable to masters. If warranted by a threat of interference, federal officers were authorized to accompany the slave out of the area of risk.

Section 6. And be it further enacted, That when a person held to service or labor in any State or Territory of the United States, has heretofore or shall hereafter escape into another State or Territory of the United States, the person or persons to whom such service or labor may be due, or his, her, or their agent or attorney, duly authorized, by power of attorney, in writing, acknowledged and certified under the seal of some legal officer or court of the State or Territory in which the same may be executed, may pursue and reclaim such fugitive person, either by procuring warrant …or by seizing and arresting such fugitive, where the same can be done without process….

1851: The Christiana Resistance (sometimes called the Christiana Riot) takes place. This event is considered to be one of the opening salvos of the Civil War.