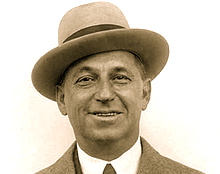 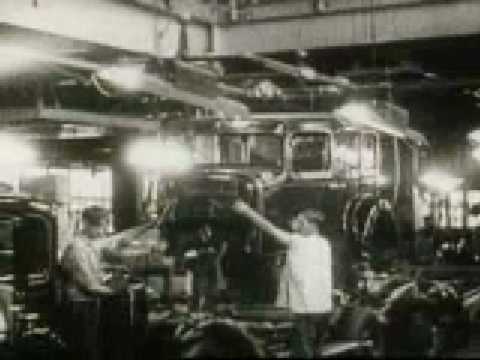 Walter P. Chrysler and his engineers put late 1920s cars through their paces. Up hill and down dale — they built cars that were as tough as they were.

/ˈkraɪslər/) is an American-based, multinational automaker, in global strategic alliance with its majority owner, Italian manufacturer Fiat, since 2009.

Chrysler was first organized as the Chrysler Corporation in 1925.   Its core brands which it produces are Chrysler, Jeep, Dodge, Ram, SRT, Fiat, and Mopar vehicles and products. The Company is headquartered in Auburn Hills, Michigan, United States.

On June 10, 2009, Chrysler LLC emerged from a government backed Chapter reorganization as Chrysler Group LLC, in alliance with the Italian automaker Fiat.   Initially holding a 20% interest in Chrysler Group, Fiat’s stake was increased to 58.5% (fully diluted) following acquisition of the equity interests held by the U.S. Treasury (6% on June 3, 2011) and Canada (1.5% on July 21, 2011). 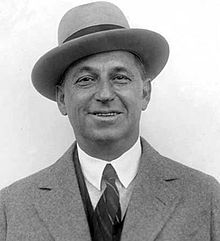 Walter Chrysler arrived at the ailing Maxwell-Chalmers company in the early 1920s. He was hired to overhaul the company’s troubled operations (after a similar rescue job at the Willys-Overland car company).   In late 1923 production of the Chalmers automobile was ended.

In January 1924, Walter Chrysler launched the well-received Chrysler automobile. The Chrysler was a 6-cylinder automobile, designed to provide customers with an advanced, well-engineered car, but at a more affordable price than they might expect. (Elements of this car are traceable to a prototype which had been under development at Willys during Chrysler’s tenure).  The original 1924 Chrysler included a carburetor air filter, high compression engine, full pressure lubrication, and an oil filter, features absent from most autos at the time.   Among the innovations in its early years were the first practical mass-produced four-wheel hydraulic brakes, a system nearly completely engineered by Chrysler with patents assigned to Lockheed, and rubber engine mounts to reduce vibration. Chrysler also developed a wheel with a ridged rim, designed to keep a deflated tire from flying off the wheel. This wheel was eventually adopted by the auto industry worldwide.

Following the introduction of the Chrysler, the Maxwell was dropped after its 1925 model year run, although in truth the new line of lower-priced 4-cylinder Chryslers which were then introduced for the 1926 model year were basically Maxwells which had been re-engineered and rebranded.   It was during this time period of the early 1920s that Walter Chrysler assumed the presidency of Maxwell, with the company then ultimately incorporated under the Chrysler name.

Following the introduction of the Chrysler, the Maxwell brand was dropped after the 1925 model year. The new, lower-priced four-cylinder Chryslers introduced for the 1926 year were badge-engineered Maxwells.   The advanced engineering and testing that went into Chrysler Corporation cars helped to push the company to the second-place position in U.S. sales by 1936, a position it would last hold in 1949.

In 1928, the Chrysler Corporation began dividing its vehicle offerings by price class and function. The Plymouth brand was introduced at the low-priced end of the market (created essentially by once again reworking and rebadging Chrysler’s four-cylinder model).   At the same time, the DeSoto brand was introduced in the medium-price field. Also in 1928, Chrysler bought the Dodge Brothers automobile and truck company and continued the successful Dodge line of automobiles and Fargo range of trucks. By the mid-1930s, the DeSoto and Dodge divisions would trade places in the corporate hierarchy.

The Imperial name had been used since 1926, but was never a separate make, just the top-of-the-line Chrysler. In 1955, the company decided to spin it off as its own make and division to better compete with its rivals, Lincoln and Cadillac. Imperial would see new body styles introduced every two to three years, all with V8 engines and automatic transmissions, as well as technologies that would filter down to Chrysler corporation’s other models. Imperial was folded back into the Chrysler brand in 1973.

The Valiant was also introduced for 1960 as a distinct brand. In the U.S. market, Valiant was made a model in the Plymouth line for 1961 and the DeSoto make was discontinued during 1961. With those exceptions per applicable year and market, Chrysler’s range from lowest to highest price from the 1940s through the 1970s was Valiant, Plymouth, Dodge, DeSoto, Chrysler, and Imperial.

Chrysler acquired the Jeep brand as part of the purchase of American Motors (AMC) on August 5, 1987, for somewhere between US$1.7 billion and $2 billion, depending on how costs were counted.  Chrysler then established the Jeep/Eagle division, along with the Eagle brand that was discontinued a decade later as part of the DaimlerChrysler merger at that time. In 2001, the Plymouth was also discontinued. Currently, Dodge is the full line automobile brand, with the Chrysler brand marketing upscale cars. The Jeep brand focuses on SUVs, while the RAM brand offers small commercial vans and a variety of pick-up trucks.