You are here: Home / Family Tree / Who Do You Think You Are / Christina Applegate 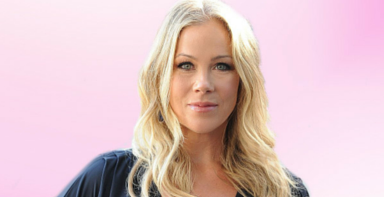 Who Do You Think You Are: Christina Applegate 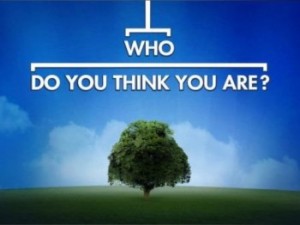 Christina Applegate (born November 25, 1971) is an American actress and dancer who was a child actress, playing the role of Kelly Bundy on the Fox sitcom Married With Children (1987-97)

In her adult years, Applegate established a film and television career, winning an Emmy and earning Tony and Golden Globe nominations. 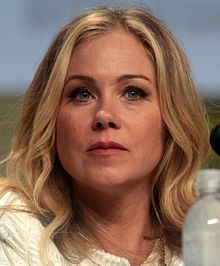 Applegate was born in Hollywood, California. Her father, Robert William “Bob” Applegate, was a record producer and record company executive, and her mother, Nancy Lee Priddy, is a singer and actress. Her parents were separated shortly after her birth. She has two half-siblings (Alisa and Kyle) from her father’s remarriage. After her parents’ divorce, her mother had a relationship with musician Stephen Stills. After her television debut with her mother in the soap opera Days of Our Lives and a commercial for Playtex baby bottles at three and five months, respectively, Applegate made her film debut in the 1979 film, Jaws of Satan (a.k.a. King Cobra) at the age of seven, followed by 1981’s Beatlemania. She debuted in a television movie as young Grace Kelly in the biopic, Grace Kelly (1983) and appeared in her first TV series in Showtime’s political comedy, Washingtoon (1985), in which she played a Congressman’s daughter. She was also spotted as a guest in the shows, Father Murphy (1981), Charles in Charge (1984 and 1985), and Silver Spoons (1986). In 1986, Applegate won the role of Robin Kennedy (1986–87), a policeman’s daughter, in the police drama series Heart of the City. Meanwhile, she was also seen guest starring in several other television series such as All is Forgiven, Still the Beaver, Amazing Stories, and the Family Ties episode “Band on the Run” (1987) as Kitten. 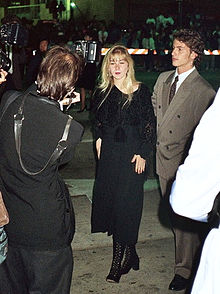 The character of Sue Ellen Crandell in the black comedy feature Don’t Tell Mom the Babysitter’s Dead (1991) was Applegate’s first starring role in a mainstream film, playing a rebellious teenager who is forced to take care of siblings after their summer babysitter dies. Applegate followed with roles in films such as Vibrations (1995), Across the Moon (1995), Wild Bill (1995), Tim Burton’s Mars Attacks! (1996), and Gregg Araki’s Nowhere (1997). After the sitcom Married… with Children was canceled in May 1997, Applegate starred as Claudine Van Doozen in the independent feature Claudine’s Return (akaKiss of Fire), was cast in the action-comedy The Big Hit, and played the fiancée of a mob descendant in the Mafia satire Jane Austen’s Mafia (1998).

Applegate was one of the founding members of The Pussycat Dolls, which debuted at Johnny Depp’s Viper Room on the Sunset Strip in 1995. Applegate emceed for the group when they moved to The Roxy in 2002. In 1998, Applegate was given the title role in the NBC sitcom Jesse. The series debuted in 1998, received rave reviews, and brought Applegate a People’s Choice Award for Favorite Female Performer in a New TV series and the TV Guide Award for Star of a New Series as well as a nomination at the Golden Globe Awards for Lead Actress in a Comedy. Though the series gained critical praise, it was canceled in 2000.