A Message for Black Lives Matter

Far be it for some ‘White Male’ to tell the oppressed Black Lives Matter crowd that they’re a bunch of crybabies. Best leave it to one of the 20th centuries greatest intellectuals – Thomas Sowell to explain why the oppression faced by BLM today is more imagined than real. 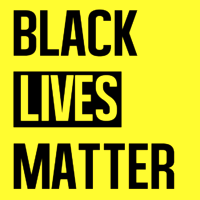 Black Lives Matter (BLM) is an activist movement, originating in the African-American community, that campaigns against violence toward black people. BLM regularly organizes protests around the deaths of black people in killings by law enforcement officers, and broader issues of racial profiling, police brutality, and racial inequality in the United States criminal justice system.

In 2013, the movement began with the use of the hashtag #BlackLivesMatter on social media, after the acquittal of George Zimmerman in the shooting death of African-American teen Trayvon Martin. Black Lives Matter became nationally recognized for its street demonstrations following the 2014 deaths of two African Americans: Michael Brown, resulting in protests and unrest in Ferguson, and Eric Garner in New York City. The originators of the hashtag and call to action, Alicia Garza, Patrisse Cullors, and Opal Tometi, expanded their project into a national network of over 30 local chapters during 2014-16. Concurrently, a broader movement involving several other organizations and activists emerged under the banner of “Black Lives Matter” as well.

Since the Ferguson protests, participants in the movement have demonstrated against the deaths of numerous other African Americans by police actions or while in police custody, including those of Tamir Rice, Eric Harris, Walter Scott, Jonathan Ferrell, Sandra Bland, Samuel DuBose, and Freddie Gray, the last of which led to protests and rioting in Baltimore. In the summer of 2015, Black Lives Matter activists began to publicly challenge politicians—including politicians in the 2016 United States presidential election—to state their positions on BLM issues. The overall Black Lives Matter movement, however, is a decentralized network and has no formal hierarchy. 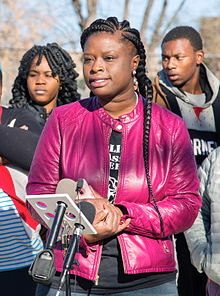 In the summer of 2013, after George Zimmerman’s acquittal for the shooting death of Trayvon Martin, the movement began with the hashtag BlackLivesMatter. The movement was co-founded by three black community organizers: Alicia Garza, Patrisse Cullors, and Opal Tometi.

Garza, Cullors and Tometi met through “Black Organizing for Leadership & Dignity” (BOLD), a national organization that trains community organizers. They began to question how they were going to respond to the devaluation of black lives after Zimmerman’s acquittal. Garza wrote a Facebook post titled “A Love Note to Black People” in which she wrote: “Our Lives Matter, Black Lives Matter”. Cullors replied: “#BlackLivesMatter”. Tometi then added her support, and Black Lives Matter was born as an online campaign. 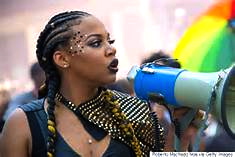 In 2015, after the death of Freddie Gray in Baltimore, Maryland, black activists around the world modeled efforts for reform on Black Lives Matter and the Arab Spring. This international movement has been referred to as the “Black Spring.” Connections have also been forged with parallel international efforts such as the Dalit rights movement. Expanding beyond street protests, BLM has expanded to activism, such as the 2015 University of Missouri protests, on American college campuses. 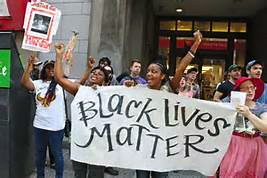 The phrase “Black Lives Matter” can reference a twitter hashtag and a slogan, social movement, and loose confederation of affiliated groups and organizations that advocate for multiple causes related to racial injustice. As a movement, Black Lives Matter is decentralized, and leaders have emphasized the importance of local organizing over national leadership. Activist DeRay McKesson has commented that the movement “encompasses all who publicly declare that Black lives matter and devote their time and energy accordingly”

In 2015 Johnetta Elzie, DeRay McKesson, Brittany Packett, and Samuel Sinyangwe, initiated Campaign Zero, a campaign aimed at promoting policy reforms to end police brutality. The campaign released a ten point plan for reforms to policing, with recommendations including: ending broken windows policing, increasing community oversight of police departments, and creating stricter guidelines for the use of force. New York Times reporter John Eligon reported that some activists had expressed concerns that the campaign was overly focused on legislative remedies for police violence. 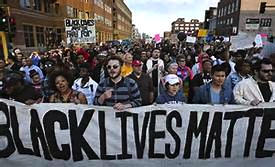 The loose structure of Black Lives Matter has contributed to confusion in the press and among activists, as actions or statements from chapters or individuals are sometimes attributed to “Black Lives Matter” as a whole. Matt Pearce, writing for the Los Angeles Times, commented that the “the words could be serving as a political rallying cry or referring to the activist organization. Or it could be the fuzzily applied label used to describe a wide range of protests and conversations focused on racial inequality.”  Political Scientist Frederick C. Harris has argued that this “group-centered model of leadership” is distinct from the older charismatic leadership model that characterized civil rights organizations like Jesse Jackson’s Rainbow PUSH Coalition and Al Sharpton’s National Action Network.