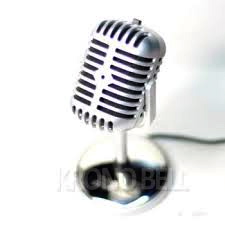 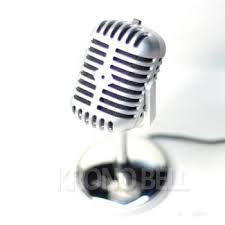 Spoken Word is a performance artistic poem that is word-basic. It often includes collaboration and experimentation with other art forms such as music, theater, and dance. However, spoken word usually tends to focus on the words themselves, the dynamics of tone, gestures, facial expressions, and not so much on the other art forms.

In entertainment, spoken-word performances generally consist of storytelling or poetry, exemplified by people like Hedwig Gorski, Gil Scott Heron and the lengthy monologues by Spalding Gray.

The art of spoken-word poetry has existed for many centuries. The Ancient Greeks included spoken-word poetry in their Olympic Games.  Similar exercises were encouraged in political and social discourse in what was then an ancient and thriving form of democracy.

Modern spoken-word poetry originated from the poetry of the Harlem Renaissance and blues music as well as the 1960s beatniks.

The term “spoken word” was first adopted to explain the new art coming out of the postmodern art movement.

Modern-day spoken-word poetry became popular in the underground Black community in the 1960’s with The Last Poets. The Last Poets was a poetry and political music group that was born out of the African-American Civil Rights movement.

Black history holds an abundance of speakers with inspiring things to say, and exciting ways to say them. The greatest of these speakers inject their words with meaning by exploiting the musical influence of speech. As with Black preachers, who tend to involve their congregations in sermons through their style of preaching and hearing a response. Great spoken-word artists make their individual performances into communal ones. Words become vehicles for feeling and inspire a sense of shared experience in listeners. Political speech also provides a space for powerful ideas. Though mere words, speeches made by influential people like Dr. Martin Luther King‘s “I Have a Dream,” Sojourner Truth‘s “Ain’t I a Woman?” and Booker T. Washington‘s “Cast down your buckets” have changed and also shaped the course of history.

The artistic utilization of the spoken-word genre in black culture today draws on and reflects a rich literary and musical heritage, and the interaction among these genres, as in the past, has produced some of America’s best-known art pieces. Like Langston Hughes and writers of the Harlem Renaissance were inspired by the feelings of the blues and the black spiritual, contemporary hip-hop and slam poetry artists were inspired by poets such as Hughes in their use of word stylings. Similarly, the experimental and often radical statements of the Black Arts Movement developed a great energy with cutting-edge jazz and funk music that would expand the boundaries of black cultural persona, and thereby provide space for increasingly alternative political ideologies to be raised, discussed, and acknowledged.

Spoken-word poetry came more towards the mainstream in popularity a short time later when Gil Scott-Heron released his spoken-word poem The Revolution Will Not Be Televised on the album Small Talk at 125th and Lenox in 1970.

Spoken Word was adopted by college circles in the early 1980s to describe a new wave of performing arts that was birthed during the Postmodern Art Movement.

Many artists and poets have not published any of their works in book forms. Some use video and audio recording, the means used exclusively by Hedwig Gorski, who rejected what she called the “dull-drums” of book publishing in the 1980’s.  Spalding Gray‘s film Swimming to Cambodia is a well-known example of spoken word, with Gray sitting at a desk, talking about his experiences during the filming of The Killing Fields. Nevertheless, spoken word today is part of the oral culture movement spreading literary expression that includes all minorities and women, unlike the domination by the white male community as was case with the Beats in the 1960’s.

The Nuyorican Poets Café and Da Poetry Lounge have a close association with the poetry slam movement that was popularized by Russell Simmons’ Def Poetry Lounge with both main hosts Bob Holman and Shihan appearing several times on the show.