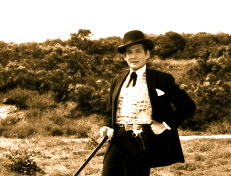 Bat Masterson wins a boxer’s contract from his crooked manager and trains him for a fair fight. Watch more westerns at http://www.westernmania.com. 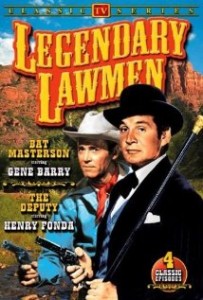 Bat Masterson is an American Western television series which showed a fictionalized account of the life of real-life marshal/gambler/dandy Bat Masterson. The title character was played by Gene Barry and the half-hour black-and-white shows ran on NBC from 1958 to 1961. The series was produced by Ziv Television Productions, the company responsible for hit first-run syndicated series such as Sea Hunt and Highway Patrol. 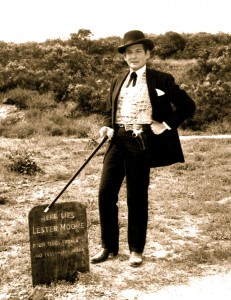 The show took a tongue-in-cheek outlook, with Barry’s Masterson often dressed in expensive Eastern clothing and preferring to use his cane rather than a gun to get himself out of trouble, hence the nickname “Bat.” Masterson was also portrayed as a ladies’ man who traveled the West looking for women and adventure.

From 1955 to 1959, Mason Alan Dinehart played a 20-something Bat Masterson in thirty-four episodes of the ABC/Desilu western series, The Life and Legend of Wyatt Earp, starring Hugh O’Brian as the frontier peace officer Wyatt Earp. Dinehart left the series, and Barry was hence cast as a 40-something Masterson in a separate series on a different network. In the year 1958-1959 both actors were featured in the role of Masterson.

The black derby, fancy vest, black jacket, and elegant cane were his trademarks. Miniaturized versions were marketed to children as tie-in products during the run of the show.

The theme song was sung by Bill Lee, a member of the Mellomen.

The series was loosely based on Richard O’Connor’s 1957 biography of Masterson. This was highlighted by the book’s front cover being shown at the end of the closing credits with an onscreen notation “based on”. 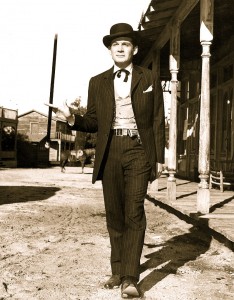 Bat Masterson guest stars included the character actor Robert F. Simon, who appeared as Harrison Whitney in the episode “Death by Decree”, and Richard Eastham, who appeared in the 1961 episode “A Lesson in Violence”. Stephanie Powers appeared in 1961 episode named “Dead Man’s Claim” (using the name Taffy Paul) as Ann, the daughter of the Boarding House owner. George Macready appeared as Clyde Richards in the 1961 episode “Tempest at Tioga Pass”. Quintin Sondergaard appeared in various roles on the series five times between 1958 and 1961. Dan Sheridan was cast as Joe Rankin in the 1959 episode “Election Day.”

Yvonne Lime Fedderson was cast as Lola White in the 1960 episode “The Snare”. Ron Hayes appeared four times in the role of Wyatt Earp. Gary Vinson appeared as Billy Thompson in the 1958 episode “A Noose Fits Anybody.” Tyler McVey appeared from 1958 to 1961 in different roles in three episodes (“Dynamite Blows Two Ways,” “Incident at Fort Bowie,” and “Dead Man’s Claim”). Ron Foster (1960) appeared twice as Toby Dawson in “Six Feet of Gold” and as Sheriff Buck Simpson in “Jeopardy at Jackson Hole” (1961). James Coburn also appeared in “Six Feet of Gold.” Tom Greenway guest starred twice, as Charlie in “Buffalo Kill” (1959) and as Ben Pick in “Dagger Dance” (1961). Brett King appeared four times, beginning with the role of Hub Elliott in “License to Cheat” (1959); Douglas Kennedy was cast as Sheriff Jeb Crater in that same episode. William Tannen was cast in four episodes of Bat Masterson.

Diane Brewster, also known as second-grade teacher “Miss Canfield” in Leave It to Beaver and as gambler “Samantha Crawford” in Maverick opposite James Garner as well as in a single episode of Cheyenne, played the role of Miss Lynn Harrison in the 2-part episode “The Conspiracy” (1959). Kevin Hagen appeared as Ace Williams in “The Fourth Man” (1961). Lon Chaney, Jr., played the role of Rance Fletcher in “Bat Trap” (1961).

Dell Comics issued nine issues of a quarterly Bat Masterson comic book between Aug./Oct. 1959 and Nov. 1961/Jan. 1962 with the initial issue a Four Color tryout (#1013). Columbia Features syndicated a comic strip from September 7, 1959 to April 1960 written by Ed Herron and drawn by Howard Nostrand (Sept. 1959-Dec. 1959) and Bob Powell (Dec. 1959-April 1960). Notably Nostrand was assisted (on backgrounds) by Neal Adams who had just graduated from the School of Industrial Arts; it was among his first professional art jobs. 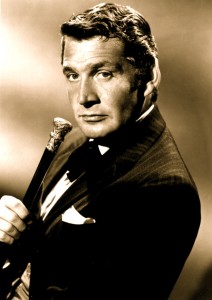 Barry went on to star in Burke’s Law, a detective series set in modern-day Los Angeles, as well as The Name of the Game.

Barry recreated the role of Bat Masterson in an episode of the television series Guns of Paradise (1990), alongside Hugh O’Brian as Wyatt Earp, and again in 1991 in The Gambler Returns: The Luck of the Draw, also with O’Brian as Earp, as well as Jack Kelly as Bart Maverick and Clint Walker as Cheyenne Bodie.