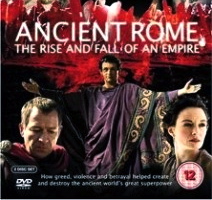 ROME: Rise and Fall Of An Empire

“Rome: Rise and fall of an empire” is a 2006 BBC documentary about the rise and fall of the great Roman Empire. In this series they provide us the means to understand how one of the greatest empires that ever existed took shape, how they conquered almost the entire known world at that time and what led to its destruction. This video is for educational purpose only! 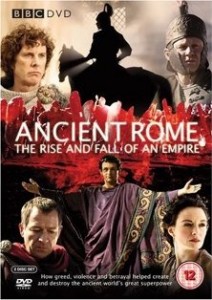 Ancient Rome: The Rise and Fall of an Empire is a 2006 BBC Onedocudrama series, with each episode looking at a different key turning point in the history of the Roman Empire.

Series Producer Mark Hedgecoe has stated that he made the series in response to previous films that “have tended to ignore the real history and chosen to fictionalise the story.”

The series was filmed with the Panasonic SDX 900 DVCPRO50 professional camcorder in widescreen progressive scan mode at 25 frames/s. According to Mark Hedgecoe, a standard definition format was chosen largely because it was more forgiving to focusing errors and required less light than high definition, thus speeding up the shooting. In his opinion, the camera delivered better footage than a Digital Betacam camera, and provided rich, filmic feel, which was well-suited to capturing the gritty reality of the Roman Empire.

The series was co-produced by BBC, ZDF and the Discovery Channel.

BBC History commissioned the online-game CDX to tie-in with the series.

Historical novelist Lindsey Davis writing in The Times points out that “the episodes were produced by different teams” and “it shows,” stating episodes 3 and 4 work better than episodes 1, 2, and 5 and although she hasn’t seen the final episode, she wants to watch it and she “can’t say fairer than that.” She compliments the producers who “avoid the talking-heads style, though they use literature and the advice of modern historians,” but criticises the series in that “once they fill up with battle and crowd scenes, the formula of self-contained one-hour dramas doesn’t give enough scope,” and because “we don’t see many women in this series.” She concludes that “there is pleasing material here,” stating, “the filming is good, the dialogue sounds real, the sets work, the military scenes will delight many,” but she criticises the decision to not broadcast the episodes in chronological order as, “if they stick with their eccentric programming, we’ll be jerked about maniacally,” stating, “this is history on the Eric Morecambe principle: all of the moments — but not necessarily in the right order!”

Nancy Banks-Smith writing in The Guardian of episode one was complimentary of Michael Sheen’s “storming performance” as Nero, adding that she found it “slightly disturbing” that he “reminded you subliminally of Tony Blair.” She was however critical of the docudrama format of “spicy drama sandwiched between simple slices of narrative” which she compared to “watching a play with someone who insists on explaining the obvious,” adding that she “got the impression that the narrator was not talking to me at all.” Of episode two on Caesar she stated that “the historians have got their chilly mitts on,” pointing out that it “was so painstakingly dull that Nero, always a crowd pleaser, had to be shown first.”

Sam Wollaston writing in the same publication of episode three compared it to Rome postulating that this series “came about in response to all the mutterings from cross historians about factual inaccuracies in the BBC’s grand romp last year.” He states that “after some extensive research (I looked up Tiberius Gracchus on Wikipedia), I declare this one to be historically accurate, but also a grand bore.” Highly critical of the docudrama format he states that “they never work, either as dramas or as documentaries,” and goes on to explain that “there’s no proper character development, and you don’t care about any of them,” before concluding that this “goes to show that sex is more fun than the truth.”