You are here: Home / Bullying / Education / Bullying in school and on the job

Bullying in school and on the job 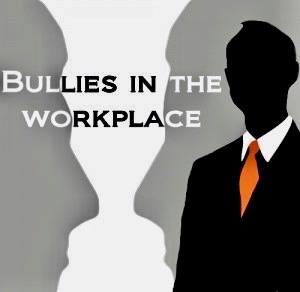 How To Stop Bullying by Jeremy Anderson

Are we STILL bullying? This has got to stop! Trying to bring someone else down, ir make them feel bad about themselves really just shows that you don’t really like yourself either. Its time we loved ourselves, and loved others !

Schools and communities that respect diversity can help protect children against bullying behavior. However, when children perceived as different are not in supportive environments, they may be at a higher risk of being bullied. When working with kids from different groups, there are specific things you can do to prevent and address bullying.

It is not clear how often kids get bullied because of their race, ethnicity, or national origin. It is also unclear how often kids of the same group bully each other. Research is still growing. We do know, however, that Black and Hispanic youth who are bullied are more likely to suffer academically than their white peers.

Although no specialized interventions have yet been developed or identified, some federal partners have developed campaign materials for specific racial and ethnic minority groups. For example, the Indian Health Service within the Department of Health and Human Services has developed a series of materials for American Indian and Alaskan Native youth called “Stand Up, Stand Strong.”

When bullying based on race or ethnicity is severe, pervasive, or persistent it may be considered harassment, which is covered under federal civil rights laws.

Very little research has explored bullying based on religious differences. Bullying in these situations may have less to do with a person’s beliefs and more to do with misinformation or negative perceptions about how someone expresses that belief.

For example, Muslim girls who wear hijabs (head scarves), Sikh boys who wear patka or dastaar (turbans), and Jewish boys who wear yarmulkes report being targeted because of these visible symbols of their religions. These items are sometimes used as tools to bully Muslim, Sikh, and Jewish youth when they are forcefully removed by others. Several reports also indicate a rise in anti-Muslim and anti-Sikh bullying over the past decade that may have roots in a perceived association of their religious heritage and terrorism.

When bullying based on religion is severe, pervasive, or persistent, the Department of Justice’s Civil Rights Division may be able to intervene under Title IV of the Civil Rights Act.

Often religious harassment is not based on the religion itself but on shared ethnic characteristics. When harassment is based on shared ethnic characteristics, the Department of Education’s Office for Civil Rights may be able to intervene under Title VI of the Civil Rights Act. We all have a story to tell about WorkPlace Bullying so hold your head up high and standup and face the bullyer. To learn more about bullying go to the link below: