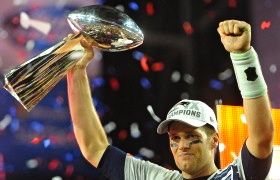 Thomas Edward Patrick Brady, Jr. (born August 3, 1977), known universally as Tom Brady, is an American football quarterback for the New England Patriots of the National Football League (NFL). After playing college football for the University of Michigan, he was drafted by the Patriots in the sixth round of the 2000 NFL Draft. In Brady’s thirteen seasons as a starter, the Patriots have earned five trips to the Super Bowl, winning three. He has also won two Super Bowl MVP awards, two league MVP awards (2007, 2010), has been selected to ten Pro Bowls, and has led the Patriots to more division titles than any other quarterback in NFL history, with twelve. He is currently fifth on the all time list for career passing yards and fifth for career touchdown passes. His career postseason record is 19–8; his playoff win total is the highest in NFL history. He helped set the record for the longest consecutive win streak in NFL history with 21 straight wins over two seasons (2003–2004). He also set the record for most consecutive playoff wins with 10, and in 2007 led the Patriots to the first undefeated regular season since the institution of the 16-game schedule. He has thrown for more passing yards and touchdowns than any quarterback in NFL postseason history, and has the sixth highest career passer rating of all time (95.9) among quarterbacks with at least 1,500 career passing attempts.

The Super Bowl That Took Everyone’s Breath Away 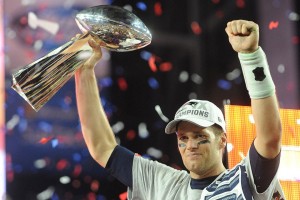 What just happened? New England beat Seattle in Arizona, but the explanation for how it went down is hard to believe. A breakdown of the late interception, plus more on Brady and Belichick’s fourth NFL title and the 2015 Hall of Fame class, by Peter King

GLENDALE, Ariz. — Football can take your breath away. In good ways and bad. What happened Sunday night under a mild winter Arizona sky will be debated from Kennebunkport to Kennewick for as long as the Sam Adams—or Mac & Jack’s—flows.

Pacific Northwest: What are we doing throwing at the 1 with three shots to let Marshawn Lynch win the game?!

New England: Great play by a guy we never heard of! 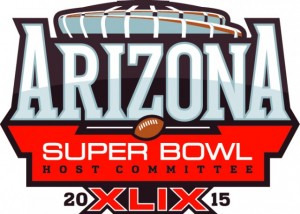 The Super Bowl That Took Our Breath Away has a good ring to it. I ran into Steve Young on the field 90 minutes after the game, and he felt the way I did, and the way I suppose much of America still feels this morning.

“It’s hard to accept, because you’re so sure the game was going one way,” Young said. “I still can’t believe it.”

On Saturday night, at the Patriots’ hotel, the Sheraton Wild Horse Pass Resort & Spa (sounds more exotic than it is), the coaches had a one-hour staff meeting. What happened there is the essence of what Bill Belichick is as a coach. 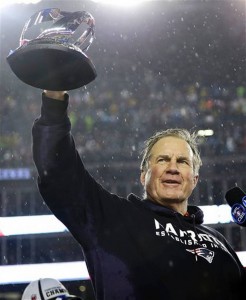 As Belichick spoke, offensive coordinator Josh McDaniels took his blue Sharpie and wrote two messages on the top of his laminated play-call sheet he’d carry with him on the sideline in Super Bowl XLIX. Whenever McDaniels looked down at the sheet, he’d see these two bold reminders:

“And it’s just a reminder to me … I think our staff did a phenomenal job of adjusting, or correcting problems. We had some issues. Michael Bennett—he’s one of the best defensive linemen we’ve faced—created some problems for us in the first half. He’s as good a down player as we’ve played all year. And so we had to do a couple things, try to get two bodies to him. We had Tom send the protection that way and I thought Bryan Stork did a great job of trying to go over that way and help when he had the opportunity to do so, and then the guards just kept fighting. That’s just the way Bill coaches. Have poise. Fix things. It’s never a perfect game.”

Example two saved the game for New England. Of that there is no doubt. Adjust. Correct problems and get them fixed. Early in the third quarter, with the Patriots getting abused by the size of out-of-nowhere Seahawks rookie receiver Chris Matthews, another undrafted rookie, cornerback Malcolm Butler from the University of West Alabama began playing in the nickel. Butler got the nickname “Scrap” for being a feisty player in minicamp, not backing down. The coaches liked him because when they’d quiz players about assignments, they could tell he’d been studying tape and knew how to anticipate what was coming.