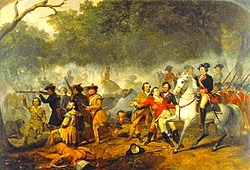 This Outlook program focuses on Harpers Ferry, West Virginia (previously Virginia). The first section explores the birth and history of this pre-civil war, industrial town. The second section focuses on the abolitionist, John Brown, and his raid on the armory and town of Harpers Ferry. Produced by Bob Wilkinson, Cecelia Mason, and Larry Dowling. 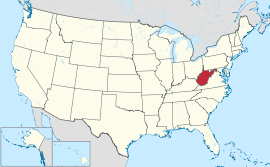 i/ˌwɛst vərˈdʒɪnjə/) is a state in the Appalachian region of the Eastern United States. It is bordered by Virginia to the southeast, Kentucky to the southwest, Ohio to the northwest, Pennsylvania to the northeast and Maryland to the east. West Virginia is the 41st most extensive and the 37th most populous of the 50 United States. The capital and largest city is Charleston.

West Virginia became a state following the Wheeling Conventions and broke awayfrom Virginia during the American Civil War. The new state was admitted to the Union on June 20, 1863, and was a key Civil War border state. West Virginia was the only state to form by seceding from a Confederate state, and was one of two states formed during the American Civil War (the other one being Nevada, which separated from Utah Territory).

The Census Bureau and the Association of American Geographers classify West Virginia as part of the South. The northern panhandle extends adjacent to Pennsylvania and Ohio, with the West Virginia cities of Wheeling and Weirton just across the border from the Pittsburgh metropolitan area, while Bluefield is less than 70 miles (110 km) from North Carolina. Huntington in the southwest is close to the states of Ohio and Kentucky, while Martinsburg and Harpers Ferry in the Eastern Panhandle region are considered to be a part of the Washington metropolitan area, in between the states of Maryland and Virginia. The unique position of West Virginia means that it is often included in several geographical regions, including the Mid-Atlantic, the Upland South, and the Southeastern United States. Notably, it is the only state that is entirely within the area served by the Appalachian Regional Commission; the area is commonly defined as “Appalachia.”

The state is noted for its mountains and diverse topography, its historically significant logging and coal mining industries, and its political and labor history. It is one of the most densely karstic areas in the world, making it a choice area for recreational caving and scientific research. The karst lands contribute to much of the state’s cool trout waters. It is also known for a wide range of outdoor recreational opportunities, including skiing, whitewater rafting, fishing, hiking, mountain biking and hunting.

Many ancient man-made earthen mounds from various prehistoric mound builder cultures survive, especially in the areas of Moundsville, South Charleston, and Romney. The artifacts uncovered in these give evidence of a village societies. They had a tribal trade system culture that crafted cold worked copper pieces.

The Iroquois drove out other Native American tribes from the area to reserve the upper Ohio Valley as a hunting ground after theBeaver Wars further east. Other indigenous tribes had occupied the area before them: the Osage and other Siouan-language tribes migrated west across the Mississippi River to escape the warfare.

The area now occupied by West Virginia was contested territory among European Americans as well, with the colonies of Pennsylvania and Virginia claiming territorial rights before the American Revolutionary War. Some speculative land companies, such as the Vandalia Company,  and later the Ohio Company and Indiana Company, tried to legitimize their claims to land in parts of West Virginia and Kentucky, but failed. With the settlement of the Pennsylvania and Virginia border dispute, which resulted in the creation of Kentucky, Kentuckians “were satisfied […], and the inhabitants of a large part of West Virginia were grateful.”

West Virginia was originally part of the British Virginia Colony (from 1607 to 1776) and the western part of the state of Virginia (from 1776 to 1863). Long discontented with electoral malapportionment and underrepresentation in the state legislature, its residents became sharply divided over the issue of secession from the Union. Residents of western and northern counties set up a separate government under Francis Pierpont in 1861, which they called the “restored” government. Most voted to separate from Virginia, and the new state was admitted to the Union in 1863. In 1864 a state constitutional convention drafted a constitution, which was ratified by the legislature without putting it to popular vote. West Virginia abolished slavery and temporarily disfranchised men who had held Confederate office or fought for the Confederacy.

West Virginia’s history has been profoundly affected by its mountainous terrain, numerous and vast river valleys, and rich natural resources. These were all factors driving its economy and the lifestyles of residents, and remain so today.