You are here: Home / Collection / Education / Through A Looking Glass Of Black Americana

Through A Looking Glass Of Black Americana 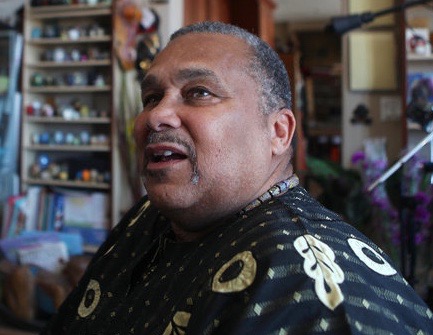 Through A Looking Glass Of Black Americana: The Long, Strange Journey Of Oran Z by Samir S. Patel 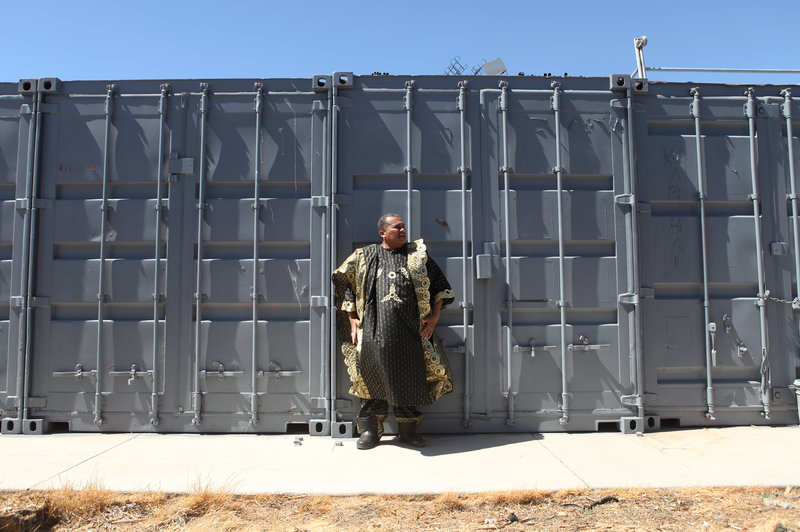 Oran Z. Belgrave, founder of the now defunct Oran Z’s Black Facts & Wax Museum in Los Angeles, stands in front of the shipping containers that have held most of the contents of his independent African-American history museum since it closed in 2011. Samir S. Patel/Atlas Obscura

Summertime is for road trips. Atlas Obscura teamed up with All Things Considered to travel up the West Coast, from California to Washington, in search of “hidden wonders” — unique but overlooked people and places.

In the western tip of the Mojave Desert, a couple of hours north of Los Angeles, a lone McMansion-style villa sits on 10 acres surrounded by a fence. There’s little but dust, solar farms and transmission towers for miles around.

On a recent afternoon, from the villa’s oversize front door emerges a short, heavyset black man wearing an elaborate black-and-gold agbada, a sleeved robe from West Africa. His name is Oran Z.

Before he moved to this isolated spot in 2012, he presided over an independent museum of his own making, Oran Z’s Pan-African Black Facts & Wax Museum in Los Angeles. It offered a dizzying kaleidoscope of black Americana, from wax figures to historical artifacts to racist, Jim Crow-era memorabilia.

“We got to preserve the whole story,” he says. “You’ve got to deal with it and if you can’t see it, it don’t exist.” 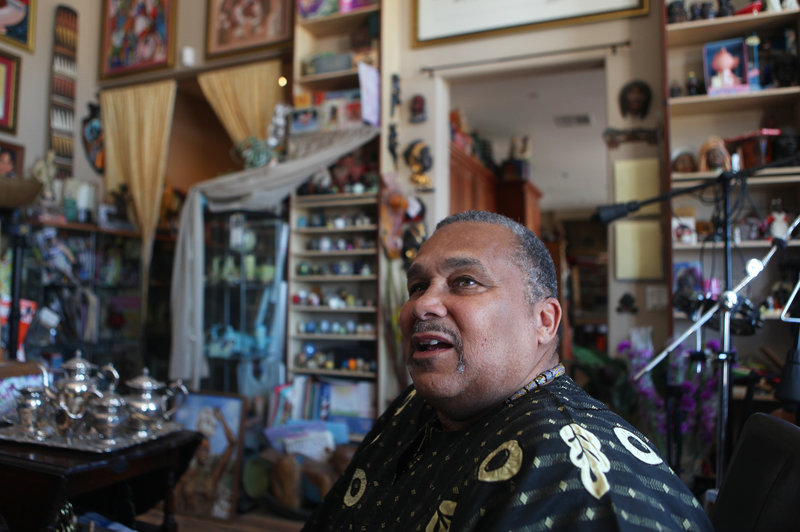 The living room of Oran’s house in the Mojave Desert is packed with items from his museum, which range from Little Black Sambo figurines to contemporary toys featuring black characters to paintings by black artists. “We got to preserve the whole story,” he says. Samir S. Patel/Atlas Obscura

From 1999 to 2011, the popular local attraction presented an up close and idiosyncratic view of African-American history in a largely black neighborhood.

But when a massive redevelopment project came to the area, Oran says, he was forced to close. He packed his collection — some 3 million objects, he says — into shipping containers and exiled himself to the desert.

Now, the passion project that he saw as a public service has become a millstone.

Oran, 67, is struggling with both poor health and worry over the future of his life’s work — a strange, surprising chronicle of black Americana. There’s no one — or institution — lined up to take care of the sprawling collection, and he fears this slice of an often undocumented part of African-American history may die with him.

Parts of this history are currently housed on the full-to-bursting shelves that line most of the walls in the living room of Oran and his wife of 18 years, Betty Belgrave.

Among them are some items of historical interest: baseballs from the Negro Leagues, slave shackles, a purple triangle badge used to mark Jehovah’s Witnesses in Nazi concentration camps. 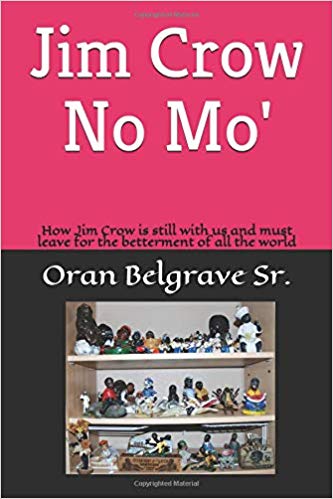 And there are many blatantly racist items — from “Alligator Bait” postcards featuring black children and mammy-shape cookie jars to cast-iron “Jolly N*****” coin banks. To read more about Oran Belgrave, Sr., and his latest books go to the link below: