You are here: Home / Education / Politics / US Politics / THIS IS WHAT WE HAVE BECOME: No This’s What We Have Always Been A Violence Country

THIS IS WHAT WE HAVE BECOME: No This’s What We Have Always Been A Violence Country 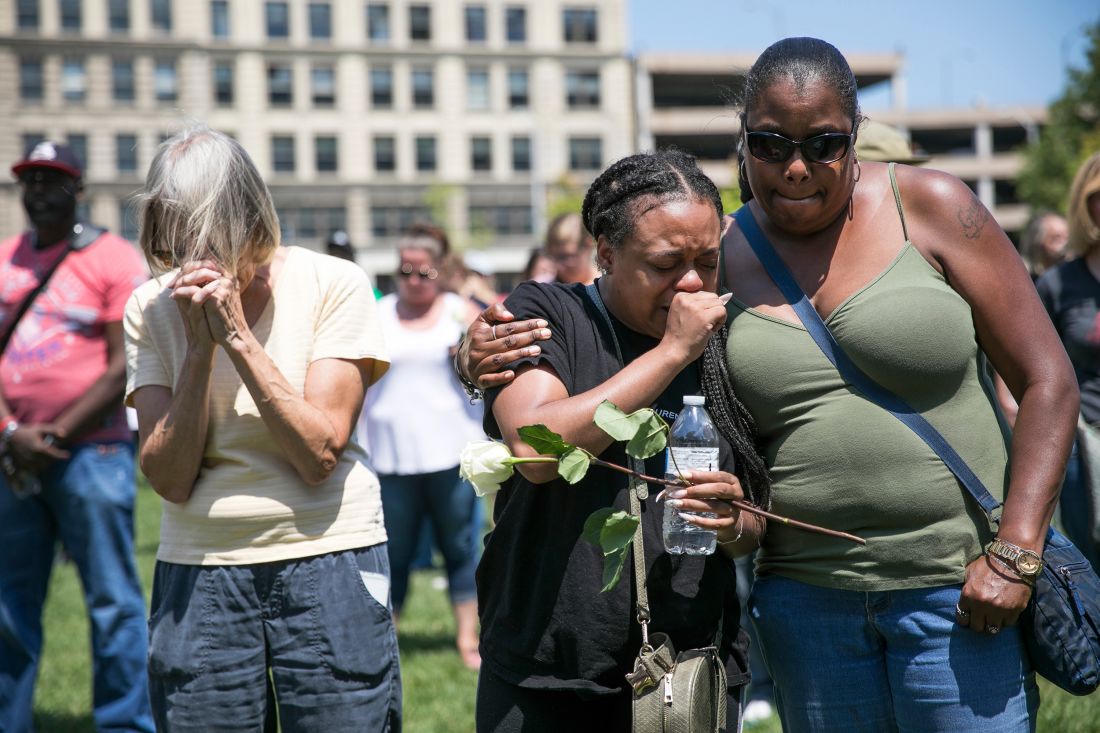 Mourners gather Sunday at a vigil in Dayton, Ohio, where a mass shooting took place only hours after the shooting in El Paso.

They had just dropped their oldest daughter off at cheerleading practice when they pulled into the Walmart parking lot, packed with hundreds of back-to-school shoppers like them. Jordan and Andre Anchondo grabbed their 2-month-old baby and headed inside.

It was a busy day for the Anchondos. Their daughter was having a birthday party, turning 6, so they needed to buy party decorations too. In just a few hours, family and friends would be coming over to the couple’s new home for the first time, Andre’s brother, Tito Anchondo, told The Washington Post.

But then came the gunfire.

And then, the silence from Jordan and Andre, who weren’t picking up.

And then finally, hours later, came the phone call that Tito Anchondo dreaded the most: from authorities, asking him to come to the hospital.

Jordan, 24 and Andre, 23, were among 20 victims killed in Saturday’s mass shooting at a Walmart and shopping center in El Paso, leaving their infant son without parents as they died protecting him, their family told The Post. Jordan’s death was confirmed Saturday. Family members confirmed Andre’s death to The Post late Sunday night, after waiting more than 24 hours to find out what happened to him.

Tito and other family members said they believe Andre died trying to shield his wife and son from the gunfire. To read more go to the link below: