You are here: Home / Education / Plantations / The Raise of Nat Turner

The Raise of Nat Turner 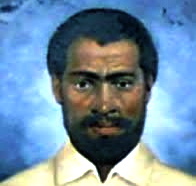 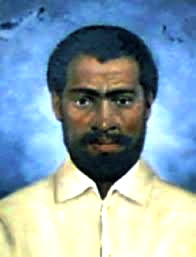 (born October 2, 1800 – died November 11, 1831) was an enslaved African American who led a rebellion of slaves and free blacks in Southampton County, Virginia on August 21, 1831, that resulted in the deaths of 55 to 65 white people. In retaliation, enraged white militias and mobs killed more than 200 black people in the course of putting down the rebellion.

Turner led a group of slaves carrying farm implements in a rebellion against slavery. As they went from plantation to plantation they gathered horses and guns, freed other slaves along the way, and recruited other blacks that wanted to join their revolt. During the rebellion, Virginia legislators targeted free blacks with a colonization bill, which allocated new funding to remove them, and a police bill that denied free blacks trials by jury and made any free blacks convicted of a crime subject to sale and relocation. Whites organized militias and called out regular troops to suppress the uprising. In addition, white militias and mobs attacked blacks in the area, killing an estimated 200, many of whom were not involved in the revolt.

In the aftermath, the state quickly arrested and executed 57 blacks accused of being part of Turner’s slave rebellion. Turner hid successfully for two months. When found, he was quickly tried, convicted, sentenced to death, and hanged. Across Virginia and other southern states, state legislators passed new laws to control slaves and free blacks. They prohibited education of slaves and free blacks, restricted rights of assembly for free blacks, withdrew their right to bear arms (in some states), and to vote (in North Carolina, for instance), and required white ministers to be present at all black worship services. 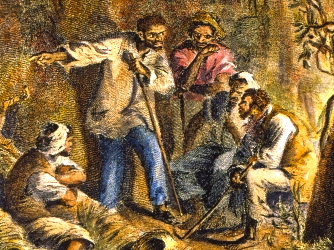 Born into slavery on October 2, 1800, in Southampton County, Virginia, the African-American boy was recorded as “Nat” by Benjamin Turner, the man who held his mother and him. When Benjamin Turner died in 1810, Nat became the property of Benjamin’s brother Samuel Turner. By the Civil War era, sources referred to him as Nathaniel Turner, referring to him by the name of his master, as was the white slaveholder custom of the time. Historians also adopted that convention. Turner knew little about the background of his father, who was believed to have escaped from slavery when Turner was a young boy.

Turner spent his entire life in Southampton County, Virginia, a plantation area where slaves comprised the majority of the population. He was identified as having “natural intelligence and quickness of apprehension, surpassed by few.” He learned to read and write at a young age. Deeply religious, Nat was often seen fasting, praying, or immersed in reading the stories of the Bible.

Turner’s religious convictions manifested as frequent visions which he interpreted as messages from God. His belief in the visions was such that when Turner was 22 years old, he ran away from his owner; he returned a month later after receiving a spiritual revelation. Turner often conducted Baptist services, preaching the Bible to his fellow slaves, who dubbed him “The Prophet.” Turner garnered white followers such as Ethelred T. Brantley, whom Turner was credited with having convinced to “cease from his wickedness.”

In early 1828, Turner was convinced that he “was ordained for some great purpose in the hands of the Almighty.” While working in his owner’s fields on May 12, Turner

heard a loud noise in the heavens, and the Spirit instantly appeared to me and said the Serpent was loosened, and Christ had laid down the yoke he had borne for the sins of men, and that I should take it on and fight against the Serpent, for the time was fast approaching when the first should be last and the last should be first.

“In connecting this vision to the motivation for his rebellion, Turner makes it clear that he sees himself as participating in the confrontation between God’s Kingdom and the anti-Kingdom that characterized his social-historical context.” He was convinced that God had given him the task of “slaying my enemies with their own weapons.” Turner said, “I communicated the great work laid out for me to do, to four in whom I had the greatest confidence” – his fellow slaves Henry, Hark, Nelson, and Sam.

After the rebellion, a reward notice described Turner as: 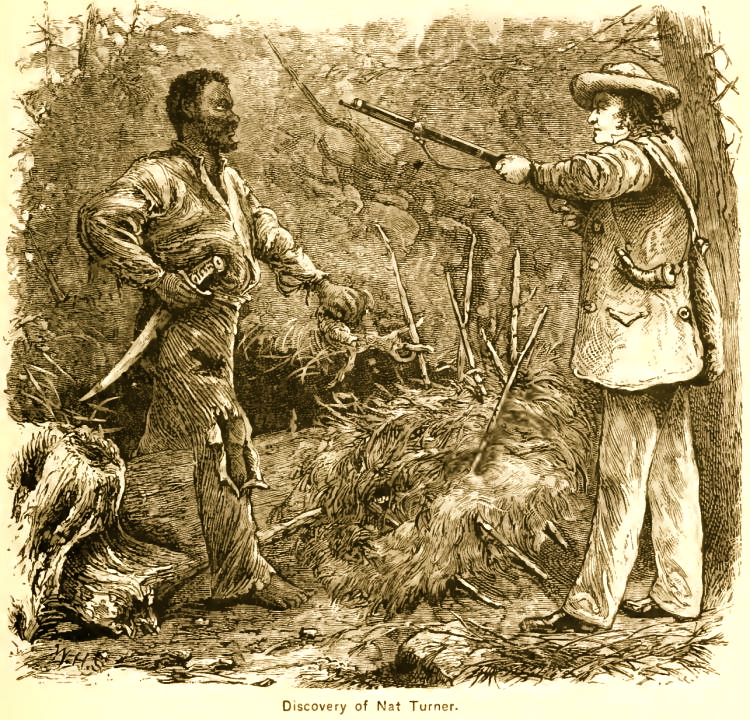 5 feet 6 or 8 inches high, weighs between 150 and 160 pounds, rather bright complexion, but not a mulatto, broad shoulders, larger flat nose, large eyes, broad flat feet, rather knockkneed, walks brisk and active, hair on the top of the head very thin, no beard, except on the upper lip and the top of the chin, a scar on one of his temples, also one on the back of his neck, a large knot on one of the bones of his right arm, near the wrist, produced by a blow.

Beginning in February 1831, Turner interpreted certain atmospheric conditions as a sign to begin preparations for a rebellion against the slave owners. On February 11, 1831, an annular solar eclipse was visible in Virginia. Turner envisioned this as a black man’s hand reaching over the sun. He initially planned the rebellion to begin on July 4, Independence Day. Turner postponed it because of illness and to use the delay for additional planning with his co-conspirators. On August 13 there was another solar eclipse in which the sun appeared bluish-green, possibly the result of lingering atmospheric debris from an eruption of Mount St. Helens in present-day Washington state. Turner interpreted this as the final signal, and about a week later, on August 21, he began the uprising.