You are here: Home / Collection / Education / The Passing of the Great Richard E. Barber Sr.

The Passing of the Great Richard E. Barber Sr. 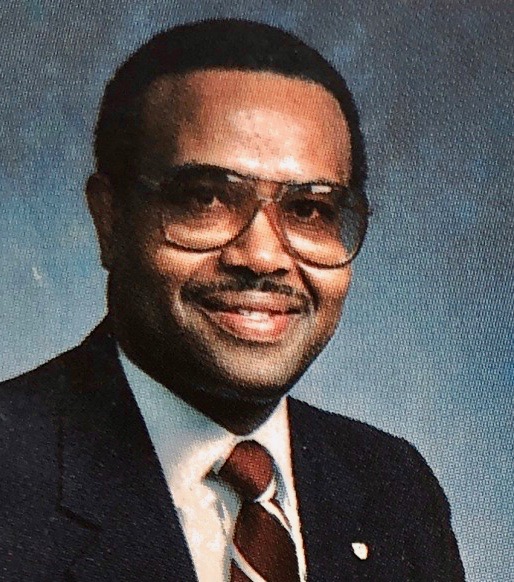 Richard Earl Barber, Sr., son of the late John and Mamie Barber was born in Trenton, North Carolina on December 22, 1939. He passed away on April 3, 2020 in New Brunswick, New Jersey. After graduating high school in Jones County as an Eagle Scout, Richard attended North Carolina A & T where he graduated with a Bachelor of Science Degree in 1962. His military commitment in the US Army began with ROTC in college. He ultimately rose to the rank of Captain. He received a Master of Science Degree in Systems Management from University of Southern California. His concern for others and a strong personal desire to improve the economic status of less advantaged members of our society served as the foundation of his professional aspirations. At A&T he met and married the former Betty Witherspoon from Charlotte, North Carolina. During their 57 years of marriage they demonstrated the value of love, faithfulness and hard work. Betty retired as the Dean of Kean University in 2003. Richard’s career in the service of others began with Westinghouse Corporation in 1969, where he joined the Opportunities Industrialization Center (OIC) as Deputy Director.

He co-founded Urban Talent Development (UTD), with former Pittsburgh Steeler Brady Keys, Jr. This cemented the mighty Pittsburgh Steelers as his favorite football team. Under his dynamic leadership, New World National Bank was founded in Pittsburgh Pennsylvania (1975). New World National Bank was the only African American owned full-service commercial bank in Pennsylvania. Richard served as Deputy Director of the National NAACP with Benjamin Hooks. He worked as the Regional Administrator of the Small Business Administration in President Jimmy Carter’s Administration. In this role he was responsible for small business activities in Pennsylvania, Delaware, Maryland, Virginia and the District of Columbia. He served as Deputy Secretary for Procurement for the State of Pennsylvania under Governor Robert Casey, Sr. Richard followed this accomplishment with assuming the role of Director of Purchasing for the University of Medicine and Dentistry of New Jersey (UMDNJ). In 1984, he founded Penny Lover’s of America Inc., a scholarship and economic development organization, and continued to serve as its National President.

He received numerous awards and recognitions throughout his career. He was awarded George Washington Freedom Medals in 1963 and 1964 for creative writing. He was honored as one of the Ten Outstanding Young Men of America in 1975 by the U.S. Jaycees. That same year, he was voted Man of the Year by the World-Wide Deliverance Church. In March of 1990, he was named a Distinguished Alumnus of North Carolina A&T by the National Association for Equal Opportunity in Higher Education. I was honored in spending time with him off and on, we agreed and we disagreed on thing but the next we remain friends. To Dr. Betty Barber his wife and family he is standing beside Dr. Martin Luther King, Jr., and he is saying to Dr. King “my job is done, now I can rest in peace.”

To plant a tree in memory of Deacon Richard E Barber Sr., please visit our tribute store. To see the funeral service go to the link above.