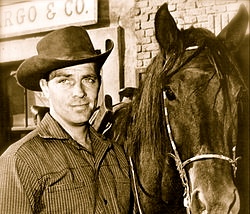 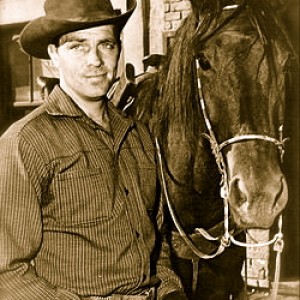 Tales of Wells Fargo is an American Western television series starring Dale Robertson that ran from March 18, 1957, to June 2, 1962, on NBC. Produced by Revue Productions, the series aired in a half-hour format until its final season when it expanded to an hour.

Synopsis
Set in the 1870’s and 1880’s, the series starred the Oklahoma native Dale Robertson as special agent Jim Hardie, noted at the time as “the left-handed gun.” The concept of Tales of Wells Fargo, a company troubleshooter in the American West, was also adapted by the syndicated series Pony Express, co-starring Grant Sullivan as detective Brett Clark, which aired in the 1959-1960 season, nearly coinciding with the centennial of the Pony Express. Even earlier, from 1954 to 1955, Jim Davis had starred as a railroad investigator, Matt Clark, in the syndicated Stories of the Century. Davis and Robertson, both of whom had unusual but similar-sounding speaking voices, each did the narration for their respective series.

In the 1957 Christmas episode entitled “Laredo,” Jim Hardie must track gunrunners across the United States/Mexican border in Laredo, Texas, a quest which keeps him from spending the holiday with friends as he had intended. Guest stars include Henry Rowland, Rodolfo Hoyos, Jr., Karl Swenson, and Pierre Watkin. 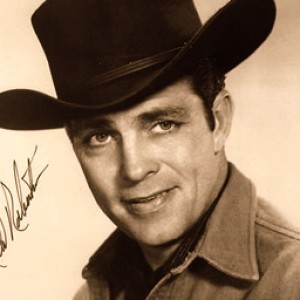 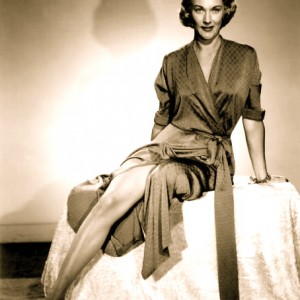 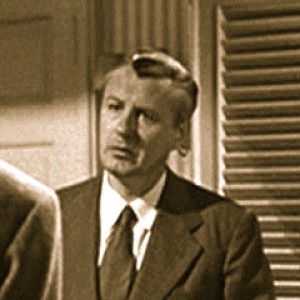 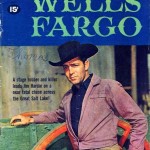 The pilot for Tales of Wells Fargo originally premiered as an episode of the anthology series Schlitz Playhouse.