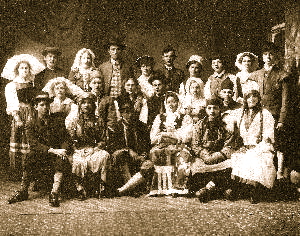 Around 1.3 million Swedes immigrated to the United States between 1840 and 1930. They left home to strike out in a new land, not knowing what they would encounter. They faced hardships but were full of determination and perseverance. They left a rich legacy for their descendants along with a lasting mark on American culture. This is a small tribute to them. (Music: Elsies Vals by Greger Siljebo and Jakob Petren from the album Vandringen).http://www.cdbaby.com/cd/gregersiljebo 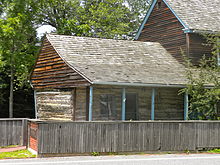 The first Swedish Americans were the settlers of New Sweden. A colony established by Queen Christina of Sweden in 1638, it centered around theDelaware Valley including parts of the present-day states of Delaware, New Jersey, and Pennsylvania. New Sweden was incorporated into New Netherland in 1655 and ceased to be an official territory of the Realm of Sweden. However, many Swedish and Finnish colonists remained and were allowed some political and cultural autonomy.

Present day reminders of the history of New Sweden are reflected in the presence of the American Swedish Historical Museum in Philadelphia, Fort Christina State Park in Wilmington, Delaware, Governor Printz Park and The Printzhof in Essington, Pennsylvania.

Swedish emigration to the United States had reached new heights in 1896, and it was in this year that the Vasa Order of America, a Swedish American fraternal organization, was founded to help immigrants, who often lacked an adequate network of social services. Swedish Americans usually came through New York City and subsequently settled in the upper Midwest. Most were Lutheran and belonged to synods now associated with the Evangelical Lutheran Church in America, including the Augustana Evangelical Lutheran Church. Theologically, they were pietistic; politically they often supported progressive causes and prohibition.

In the year 1900, Chicago was the city with the second highest number of Swedes after Stockholm, the capital of Sweden. By then, Swedes in Chicago had founded the Evangelical Covenant Church and established such enduring institutions as Swedish Covenant Hospital and North Park University. Many others settled in Minnesota in particular, followed by Wisconsin; as well as New York,Pennsylvania, Michigan, Iowa, Nebraska and Illinois. Like their Norwegian American and Danish American brethren, many Swedes sought out the agrarian lifestyle they had left behind in Sweden, as many immigrants settled on farms throughout the Midwest. 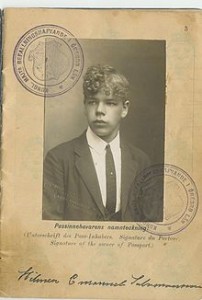 In the east, New England became a destination for many skilled industrial workers and Swedish centers developed in areas such as Jamestown, NY; Providence, RI, and Boston. A small Swedish settlement was also begun in New Sweden, Maine. When 51 Swedish settlers came to the wooded area, led by W.W. Thomas, who called them “mina barn i skogen” (my children in the woods). Upon arrival, they knelt in prayer and thanksgiving to God. This area soon expanded and other settlements were named Stockholm, Jemptland, and Westmanland, in honor of their Swedish heritage. Stockholmis the capital of Sweden, while Jämtland and Västmanland are Swedish provinces. The town of New Sweden celebrates St. Lucia, Midsummer, and Founders Day (July 23). It is a Swedish-American community that continues to honor traditions of the old country. Gustaf Adolph Lutheran Church was served by a native of Sweden as recently as 1979-1985 (The Rev. Hans Olof Andrae) who was known to occasionally conduct special services in Swedish.

The largest settlement in New England was Worcester, MA. Here, Swedes were drawn to the city’s wire and abrasive industries. By the early 20th Century numerous churches, organizations, businesses, and benevolent associations had been organized. Among them, the Swedish Cemetery Corporation (1885), the Swedish Lutheran Old People’s Home(1920), Fairlawn Hospital (1921), and the Scandinavian Athletic Club (1923). These institutions survive today, although some have mainstreamed their names. Numerous local lodges of national Swedish American organizations also flourished and a few remain solvent as of 2008. Within the city’s largest historic “Swedish” neighborhood-Quinsigamond Village—street signs read like a map of Sweden: Stockholm Street, Halmstad Street, and Malmo Street among others. Worcester’s Swedes were historically staunch Republicans and this political loyalty is behind why Worcester remained a Republican stronghold in an otherwise Democratic state well into the 1950s.

Many Swedes also came to the Pacific Northwest during the turn of the twentieth century, along with Norwegians. Notable influence can be felt in the neighborhood of Ballard in Seattle, and by the Swedish Medical Center, a major hospital also in Seattle.

In the 1860-1890 era. there was little assimilation into American society, and little outmarriage with other groups. The Swedish Americans attached relatively little significance to the American dimension of their ethnicity; instead they relied on an extant Swedish literature. There was a relatively weak Swedish American institutional structure before 1890, and Swedish Americans were somewhat insecure in their social-economic status in America.

An increasingly large Swedish American community fostered the growth of an institutional structure—a Swedish-language press, churches and colleges, and ethnic organizations—that placed a premium on sponsoring a sense of Swedishness in the United States. Blanck (2006) argues that after 1890 there emerged a self-confident Americanized generation. At prestigious Augustana College, for example, American-born students began to predominate after 1890. The students mostly had white-collar or professional backgrounds; few were the sons and daughters of farmers and laborers. These students developed an idealized view of Sweden, characterized by romanticism, patriotism, and idealism, just like their counterparts across the Atlantic. The new generation was especially proud of the Swedish contributions to American democracy and the creation of a republic that promised liberty and destroyed the menace of slavery. A key spokesman was Johan Alfred Enander, longtime editor of Hemlandet (Swedish for “The Homeland”), the Swedish newspaper in Chicago. Enander argued that the Vikings were instrumental in enabling the “freedom” that spread not only throughout the British Isles, but America as well. Swedes, moreover, were among the first founders of America with their New Sweden colony in Delaware and they were more honest than the cynical and avaricious Dutch and English. Swedish America was present in Congress under the Articles of Confederation period, and its role was momentous in fighting the war against slavery. As a paragon of freedom and the struggle against unfreedom, and as an exemplar of the courage of the Vikings in contrast to the papist Columbus, Swedish America could use its culture to stress its position as loyal adherents to the larger Protestant American society.

In 1896 the Vasa Order of America, a Swedish-American fraternal organization, was founded to provide ethnic identity and social services such as health insurance and death subsidies, operates numerous social and recreational opportunities, and maintains contact with fellow lodges in Sweden. Johannes and Helga Hoving were its leaders, calling for the maintenance of the Swedish language and culture among Swedish Americans, especially the younger generation. However they returned to Sweden in 1934 and Vasa itself became Americanized.

As a highly literate population, their output of print media was even more remarkable, and cultural leadership was exerted by numerous magazine and newspaper editors more so than by churchmen. The Swedish American press was the second largest foreign-language press in the United States (after German language imprints) in 1910. By 1910 about 1200 Swedish periodicals had been started in several states.   Valkyrian, a magazine based in New York City, helped fashion a distinct Swedish American culture between 1897 and 1909. The Valkyrian helped strengthen ethnicity by drawing on collective memory and religion, mythicizing of Swedish and Swedish American history, describing American history, politics, and current events in a matter-of-fact way, publishing Swedish American literature, and presenting articles on science, technology, and industry in the United States.   The community produced numerous writers and journalists, of whom the most famous was poet-historian Carl Sandburg from Illinois.   The harsh experiences of the frontier were subjects for novelists and story tellers, Of interest revealing the immigrant experience are the novels of Lillian Budd (1897–1989), especially April Snow (1951), Land of Strangers (1953), and April Harvest (1959). Swedish author Vilhelm Moberg, whose novel The Emigrants (1949) was made into a movie, wrote a series of four other books were translated in the 1950s and 1960s.

Baigent (2000) explores the dynamics of economic and cultural assimilation and the “American Dream” in one small city. Most Swedes in McKeesport, Pennsylvania, between 1880 and 1920 were permanent settlers rather than temporary migrants. Many ended up comfortably off and a few became prosperous. They judged their success against Swedes in Sweden, not McKeesporters of other nationalities. They had no illusions about American life but they chose to stay and confront difficult living and working conditions rather than move on or return to Sweden where good jobs were scarce and paid much less. Many of their children were upwardly socially mobile, and America offered girls in particular greater opportunities than Sweden did. The immigrants greatly valued the religious freedom that America offered, but their political freedoms were heavily circumscribed by McKeesport’s “booze interest” and iron and steel bosses. Swedes dominated the prohibition movement in the town, but this did not open the door to a wider political stage. The dreams of many individual Swedes came true, but the dream of creating a permanent Swedish community in McKeesport was not realized, since individual Swedes moved on within the United States in pursuit of continued economic success.   Swedish Americans formed their own social identity within the U.S. during the period through their memberships of social clubs and their deliberate membership or non-membership in different ethnically-based institutions.

The story of A. V. Swanson, who in 1911 left Bjuv at age 20 and settled in Ames, Iowa eight years later is a case study in farming and business success. 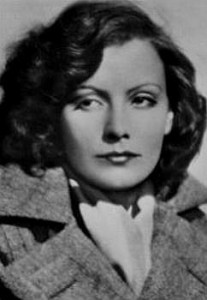 Swedish Americans opposed entry into World War I, in which Sweden was neutral. Political pressures during the war encouraged a rapid switch from Swedish to English in church services—the older generation was bilingual by now and the youth could hardly understand the old language. Swedish language newspapers lost circulation. Most communities typically switched to English by 1920.

By the 1930’s, assimilation into American life styles was almost complete, with few experiences of hostility or discrimination.

After 1940 Swedish was rarely taught in high schools or colleges, and Swedish language newspapers or magazines nearly all closed. A few small towns in the U.S. have retained a few visible Swedish characteristics.   Lindsborg, Kansas is representative. It was founded by Lutheran pietists in 1869 on land purchased from the Kansas Pacific Railroad; the First Swedish Agricultural Company of Chicago spearheaded the colonization. Known today as Little Sweden, Lindsborg is the economic and spiritual center of the Smoky Valley. The rise of agribusiness, the decline of the family farm, the arrival of nearby discount stores, and the “economic bypass” of the new interstate system wrought economic havoc on this community. By the 1970’s Lindsborg residents pulled together a unique combination of musical, artistic, intellectual, and ethnic strengths to reinvent their town. The Sandzén Gallery, Runbeck Mill, Swedish Pavilion, historical museum at Bethany College, and Messiah Festival were among the activities and attractions used to enhance the Swedish image. The Lindsborg plan is representative of growing national interest in ethnic heritage, historic preservation, and small-town nostalgia in the late 20th century.