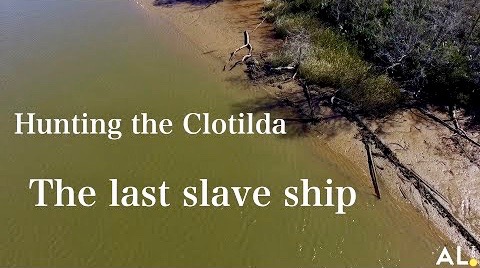 Relying on historical records and accounts from old timers, AL.com may have located the long-lost wreck of the Clotilda, the last slave ship to bring human cargo to the United States. What’s left of the ship lies partially buried in mud alongside an island in the lower Mobile-Tensaw Delta, a few miles north of the city of Mobile. The hull is tipped to the port side, which appears almost completely buried in mud. The entire length of the starboard side, however, is almost fully exposed. The wreck, which is normally underwater, was exposed during extreme low tides brought on by the same weather system that brought the “Bomb Cyclone” to the Eastern Seaboard. Low tide around Mobile was about two and a half feet below normal thanks to north winds that blew for days. 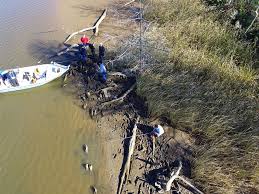 Sunken Slave Ship Discovered off Alabama Coast Was Likely Last To Bring Africans to U.S. Against Their Will by Sydney Perira

Ben Raines, reporter for AL.com, searched the shorelines where Russell Ladd told him the location that his father once said was where the Clotilda was located. Ladd told Raines that when he was a kid, he and his father “used to go up the Mobile River to fish various places.” “On low tide, we’d see this burned-out ship and my father and his friends would say, ‘There’s the Clotilda,'” Ladd said. 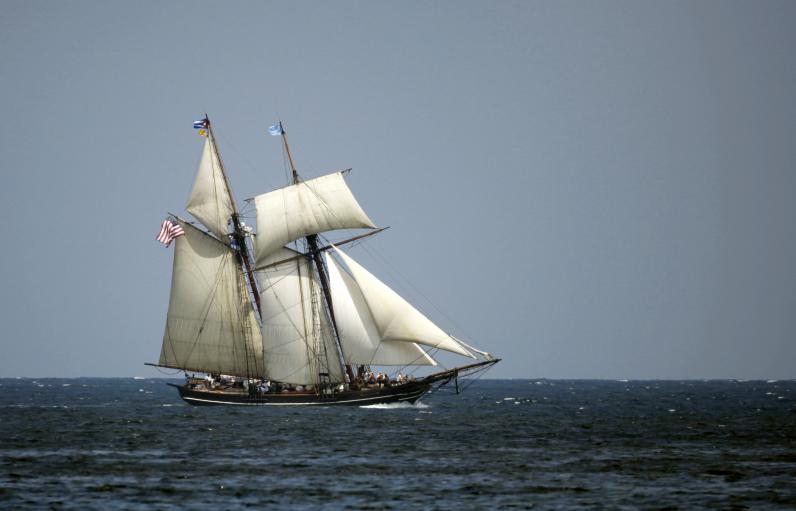 The Schooner, “Amistad”, (Friendship) flies the U.S. flag and the Cuban flag as it approaches Havana Harbor March 25, 2010. The Schooner is a replica of the 19th century slave revolt Cuban slave ship that carried Africans and became an icon of the abolitionist movement. Reuters/Desmond Boylan

That thread of oral history led to a visual review by maritime archaeologists from the University of West Florida, who say the preliminary evidence is promising. The ship would have been around 100 feet long on the deck, according to John Bratten, the chair of the anthropology department at the university. When Bratten, Cook, a group of their students and Raines looked at the ship’s remains peeking from the mud, it was a cold, but beautiful day in Alabama. There were eagles and ospreys flying—a pretty area to work in, according to Bratten. But, Bratten told Newsweek that he “felt different on this ship than I have on other ones over the years.”

“You start thinking, ‘How many people were placed aboard this?'” he told Newsweek.

In its time, the Clotilda transported 110 slaves from what is modern-day Benin in West Africa. The ship’s captain, William Foster, and a plantation owner, Timothy Meaher, then burned the ship to cover the evidence of human trafficking, evidence which would have included “the partitions, the platforms, the empty casks of food and water, the big pots, the tubs, the blood, the vomit, the spit, the mucus, the urine, and the feces that soiled the planks, the awful smell that always floated around slave ships,” as reported by AL.com, citing the historian Sylviane A. Diouf, who wrote the 2007 book Dreams of Africa in Alabama. To learn more about this story go to the link below: