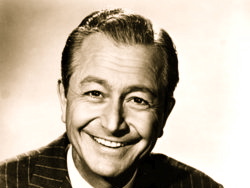 The rebellious daughter of an army general gets involved with a Communist agitator, mainly to annoy her father. He arranges to have her kidnapped and taken to Mexico–hoping that she will forget her “Red” boyfriend–by a young, handsome soldier named Jeff who, while somewhat of a goof-up, the general believes is still better for her. 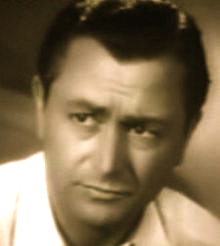 Robert George Young (February 22, 1907 – July 21, 1998) was an American television, film, and radio actor, best known for his leading roles as Jim Anderson, the father character in Father Knows Best (NBC and then CBS), and the physician Marcus Welby in Marcus Welby, M.D. (ABC).

Born in Chicago, Young was the son of an Irish immigrant father, Thomas E. Young, and an American mother, Margaret Fife. When Young was a child, the family moved to different locations within the U.S.: Seattle, followed by Los Angeles, where Young became a student at Abraham Lincoln High School. After graduation, he studied and performed at the Pasadena Playhouse while working at odd jobs and appearing in bit parts in silent films. While touring with a stock company producing The Ship, Young was discovered by a Metro-Goldwyn-Mayer talent scout with whom he subsequently signed a contract. Young made his sound film debut for MGM in the 1931 Charlie Chan film, Black Camel. 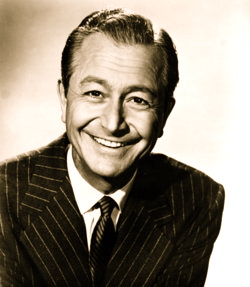 Young appeared in over 100 films between 1931 and 1952. After appearing on stage, Young was signed with Metro-Goldwyn-Mayer and, in spite of having a “tier B” status, he co-starred with some of the studio’s most illustrious actresses, such as Katharine Hepburn, Margaret Sullavan, Norma Shearer, Joan Crawford, Helen Hayes, Luise Rainer, Hedy Lamarr, and Helen Twelvetrees. Yet, most of his assignments consisted of B movies, also known as “programmers,” which required two to three weeks of shooting (considered very brief shooting periods at the time). Actors who were relegated to such a hectic schedule appeared, as Young did, in some six to eight movies per year.

As an MGM contract player, Young was resigned to the fate of most of his colleagues—to accept any film assigned to him or risk being placed on suspension—and many actors on suspension were prohibited from earning a salary from any endeavor at all (even those unrelated to the film industry). In 1936, MGM summarily loaned Young to Gaumont British for two films; the first was directed by Alfred Hitchcock with the other co-starring Jessie Matthews. While there he surmised that his employers intended to terminate his contract, but he was mistaken.

He unexpectedly received one of his most rewarding roles late in his MGM career, in H.M. Pulham, Esq., featuring one of Hedy Lamarr’s most effective performances. He once remarked that he was assigned only those roles which Robert Montgomery and other A-list actors had rejected.

After his contract ended at MGM, Young starred in light comedies as well as in trenchant dramas for studios such as 20th Century Fox, United Artists, and RKO Radio Pictures. From 1943, Young assayed more challenging roles in films like Claudia, The Enchanted Cottage, They Won’t Believe Me, The Second Woman, and Crossfire. His portrayal of unsympathetic characters in several of these later films—which was seldom the case in his MGM pictures—was applauded by numerous reviewers.

Young’s career began an incremental and imperceptible decline, despite a propitious beginning as a freelance actor without the nurturing of a major studio. He continued starring as a leading man in the late 1940s and early 1950s, but only in mediocre films, then he subsequently disappeared from the silver screen – only to reappear several years later on a much smaller one. 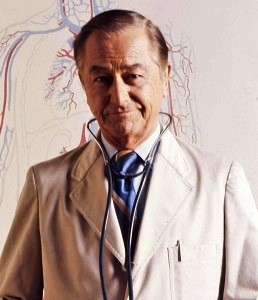 Today, Young is most remembered as the affable insurance salesman in Father Knows Best (1949–54 on radio, 1954–60 on television), for which he and his co-star Jane Wyatt won several Emmy Awards. Elinor Donahue (“Betty”), Billy Gray (“Bud”), and Lauren Chapin (“Kathy”) played the Anderson children in the television version.

Until the late 1980s, he also made numerous television commercials in which he persuaded edgy people to drink Sanka coffee.

Young was married to Betty Henderson from 1933 until her death in 1994. They had four daughters, Carol Proffitt, Barbara Beebe, Kathy Young, and Betty Lou Gleason. They also had six grandchildren and two great-grandchildren.

Despite his trademark portrayal of happy, well-adjusted characters, Young’s bitterness toward Hollywood casting practices never diminished, and he suffered from depression and alcoholism, culminating in a suicide attempt in January 1991. Later, he spoke candidly about his personal problems in an effort to encourage others to seek help. The Robert Young Center for Community Mental Health, in Rock Island, Illinois, is named after Young in honor of his work toward passage of the 708 Illinois Tax Referendum, which established a property tax to support mental health programs in his home state.

Young died of respiratory failure at his Westlake Village, California, home on July 21, 1998, and was interred at Forest Lawn Memorial Park, Glendale.