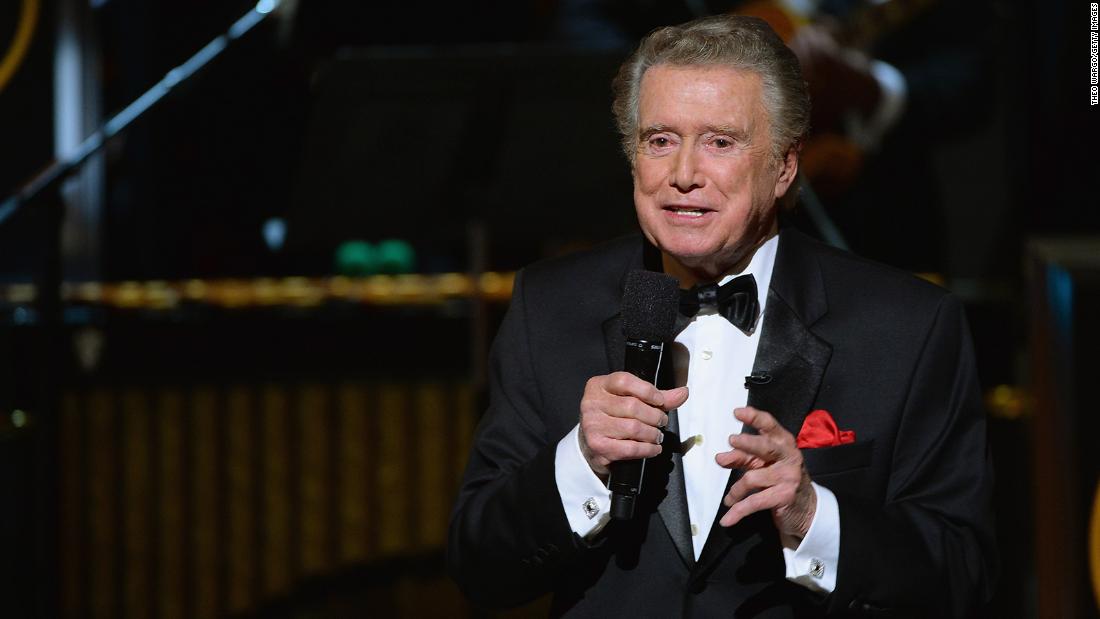 Historic Legendary Broadcaster Regis Philbin has died, according to a statement shared by his family on Saturday. He was 88 years old.”We are deeply saddened to share that our beloved Regis Philbin passed away last night of natural causes, one month shy of his 89th birthday,” said the statement sent to CNN Saturday. “His family and friends are forever grateful for the time we got to spend with him — for his warmth, his legendary sense of humor, and his singular ability to make every day into something worth talking about.””We thank his fans and admirers for their incredible support over his 60-year career and ask for privacy as we mourn his loss,” the statement said.

Regis Philbin speaks speaks onstage at Spike TV’s “Don Rickles: One Night Only” on May 6, 2014, in New York City. Philbin was the host of numerous television shows, including the morning talk show “Live with Regis and Kathie Lee,” which he co-hosted with Kathie Lee Gifford. Co-hosting duties were later taken over by Kelly Ripa and the show was renamed “Live with Regis and Kelly.” To read more go to the link below: