You are here: Home / Democracy Now! / Media / Nickel & Dimed: On (Not) Getting By in America

Nickel & Dimed: On (Not) Getting By in America

“Nickel & Dimed: On (Not) Getting By in America”: Barbara Ehrenreich on the Job Crisis & Wealth Gap 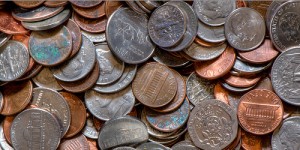 Standard & Poor’s announced Friday it has downgraded the U.S. credit rating for the first time in history. The move by S&P, one of three leading credit rating agencies, came just days after Congress approved a $2.1 trillion deficit-reduction plan. “In some ways, that is in another world from most Americans and their day-to-day struggles. What is it going to mean to you if you have no job now?” says our guest, Barbara Ehrenreich, who has just published the 10th anniversary edition of her book “Nickel and Dimed: On (Not) Getting By in America.” In the book, Ehrenreich tells the story of life in low-wage America and tries to earn a living working as a waitress, hotel maid, nursing home aide and Wal-Mart associate. Ten years later, she compares the current situation of low-income U.S. workers to “third-world levels of poverty.” [includes rush transcript]

AMY GOODMAN: Standard & Poor’s announced Friday it’s downgraded the U.S. credit rating for the first time in history. The move by S&P, one of three leading credit rating agencies, came just days after Congress approved a $2.1 trillion deficit-reduction plan. S&P called the outlook “negative,” indicating that another downgrade is possible in the next 12 to 18 months. Lowering the nation’s rating to one notch below AAA, the credit rating company said “political brinkmanship” in the debate over the debt had made the U.S. government’s ability to manage its finances, quote, “less stable, less effective and less predictable.” It said the $2.1 trillion bipartisan agreement reached last week “fell short” of what was necessary to reduce the nation’s debt over time.

In its report, S&P explicitly blamed the political process in Washington and the refusal by Republicans to raise taxes as part of last week’s agreement to raise the debt ceiling, writing, quote, “We have changed our assumption on this because the majority of Republicans in Congress continue to resist any measure that would raise revenues, a position we believe Congress reinforced by passing the act,” they said.

Speaking to reporters yesterday, Democratic Senator John Kerry blamed Tea Party Republicans who refused to sign on to any deal that raised taxes.

SEN. JOHN KERRY: I believe this is, without question, the Tea Party downgrade. This is the Tea Party downgrade because a minority of people in the House of Representatives countered even the will of many Republicans in the United States Senate, who were prepared to do a bigger deal, to do $4.7 trillion, $4 trillion, have a mix of reductions and reforms, in Social Security, Medicare, Medicaid, but also recognize that we needed to do some revenue. 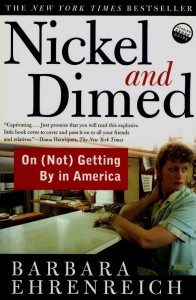 AMY GOODMAN: Well, to talk more about the state of the American economy and how it impacts the American people, we go to Washington, D.C., to talk to bestselling author Barbara Ehrenreich.

On her Facebook page, Ehrenreich writes, quote, “My patriotic pride is not offended by S&P’s downgrade of the US credit rating, but by the fact that while resistance bursts out everywhere—Tel Aviv, Santiago, Tottingham, not to mention No. Africa and Middle East—we do NOTHING.”