You are here: Home / Education / Women Who Made History / Melania Trump 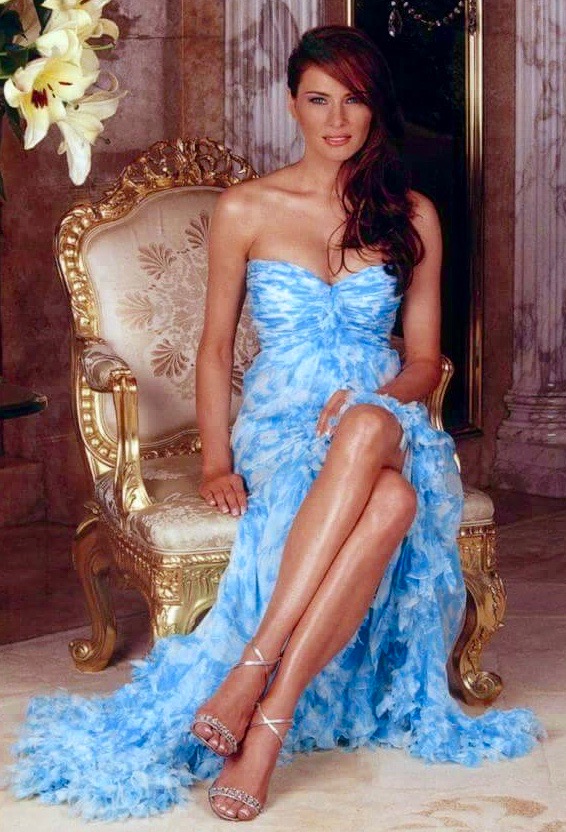 Melania Trump – The Woman Behind Donald 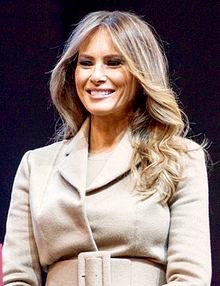 First Lady of the United States

Melanija Knavs was born in Novo Mesto in the southeast of the Socialist Republic of Slovenia, part of Yugoslavia, on April 26, 1970. She is the daughter of Amalija (née Ulčnik) and Viktor Knavs, who managed car and motorcycle dealerships for a state-owned vehicle manufacturer. Her father was from the nearby town of Radeče. Her mother came from the village of Raka, and was a patternmaker at the children’s clothing manufacturer “Jutranjka” in Sevnica. She has a sister and an older half-brother, whom she reportedly has never met, from her father’s previous relationship.

She grew up in a modest apartment in a housing block in Sevnica, in Slovenia’s Lower Sava Valley. When she was a teenager, the family moved to a two-story house in Sevnica, and as a high school student, she lived in a high-rise apartment in Ljubljana.

Melanija, aka Melania, attended the Secondary School of Design and Photography in Ljubljana, and studied at the University of Ljubljana for one year before dropping out. Fact-checking the second day of the 2016 Republican National Convention], Washington Post (June 19, 2016) (“the University of Ljubljana confirmed that Melania dropped out of college before obtaining a degree.”). She speaks six languages: Serbo-Croatian, English, French, Italian, German, and her native Slovene.

Career and immigration to the United States

She began modeling at age 16, when she posed for the Slovenian fashion photographer Stane Jerko. At 18, she signed with a modeling agency in Milan, Italy. She was named runner-up in the 1992 Jana Magazine “Look of the Year” contest, held in Ljubljana, which promised its top three contestants an international modeling contract. 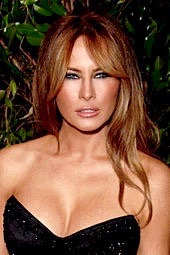 After attending the University of Ljubljana for one year, she modeled for fashion houses in Milan and Paris. She then relocated to New York City in 1996, her contract and visa negotiated by Italian businessman Paolo Zampolli. Through her lawyer, she has indicated she first entered the United States on a business visitor visa in August 1996. She obtained an H-1B visa in October 1996. After that, she regularly returned to Slovenia to obtain a series of four more one-year work visas because, at the time, Slovenians could only obtain one-year visas in the United States. In November 2016, the Associated Press reported that she was paid $20,056 for 10 modeling jobs in the United States in 1996 before she had legal permission to work in the country. In response, her lawyer stated the documents on which AP relied “have not been verified, and do not reflect our records including corresponding passport stamps.”

Following her immigration to the United States, she appeared on the covers of Harper’s Bazaar (Bulgaria), Ocean Drive, In Style Weddings, New York Magazine, Avenue, Allure, Vanity Fair (Italy), Vogue (following her marriage to Donald Trump), and GQ (UK). She was featured as a bikini model in the 2000 Sports Illustrated Swimsuit Issue. As a model, she was associated with Irene Marie Management Group and Donald Trump’s Trump Model Management.

Applying as a model of “extraordinary ability,” Melania obtained a green card and became a lawful permanent resident in 2001, and citizenship in 2006. 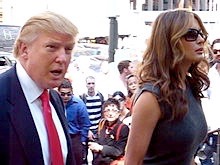 After moving to New York City in 1996, Melania met her future husband Donald at a Fashion Week party in New York City in September 1998, while he was still married to, but separated from, Marla Maples Donald attended the event with another date, Celina Midelfart, and Melania initially refused to give Donald her phone number.  Melania broke off the relationship shortly after it began, but the couple reconciled after a few months. Their relationship gained attention after a 1999 interview on The Howard Stern Show. In 2000, Melania appeared with Donald while he campaigned for that year’s Reform Party presidential nomination. Their relationship gained additional publicity after the 2004 launch of Donald’s business-oriented reality television show, The Apprentice. Donald described their long courtship in 2005: “We literally have never had an argument, forget about the word ‘fight’ … We just are very compatible. We get along.”

After becoming engaged in 2004, Donald and Melania were married on January 22, 2005, at The Episcopal Church of Bethesda-by-the-Sea in Palm Beach, Florida, followed by a reception in the ballroom at Donald’s Mar-a-Lago estate.

The event was attended by celebrities such as Katie Couric, Matt Lauer, Rudy Giuliani, Heidi Klum, Star Jones, P. Diddy, Shaquille O’Neal, Barbara Walters, Conrad Black, Regis Philbin, Simon Cowell, Kelly Ripa, then-Senator Hillary Clinton, and former president Bill Clinton. At the reception, Billy Joel serenaded the crowd with “Just the Way You Are” and supplied new lyrics about Donald to the tune of “The Lady Is a Tramp.” The Trumps’ wedding ceremony and reception were widely covered by the media. Melania wore a $200,000 dress made by John Galliano of the house of Christian Dior.

In March 2006, Melania gave birth to Barron William Trump. Melania suggested his middle name, and her husband suggested his first name. As an infant, Barron reportedly occupied his own floor in the Trumps’ apartment in Trump Tower in Manhattan, but often slept in a crib in his parents’ bedroom. He plays golf with his father and is reported to be fluent in Slovene. He is said to like wearing a suit and tie, and Trump’s nickname for him is “Mini-Donald.”