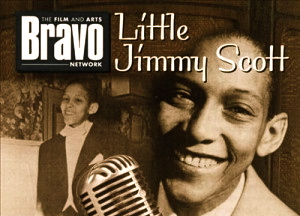 Little Jimmy Scott “The Way We Were”

Jimmy Scott sings Barbra Streisand’s The Way We Were. 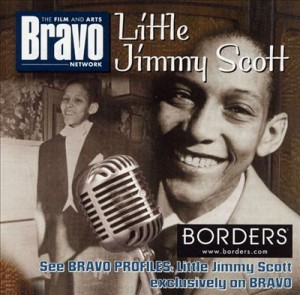 Scott appearing at the Iridium Jazz Club in New York City on September 4, 2004

James Victor “Jimmy” Scott (July 17, 1925 – June 12, 2014), also known as “Little” Jimmy Scott, was an American jazz vocalist famous for his unusually high contralto voice, which was due to Kallmann’s syndrome, a very rare genetic condition. The condition stunted his growth at four feet eleven inches until, at the age of 37, he grew another 8 inches to the height of five feet seven inches. The condition prevented him from reaching puberty, leaving him with a high, undeveloped voice.

Scott was born in Cleveland, Ohio, to Authur and Justine Stanard Scott, the third in a family of ten. As a child Jimmy got his first singing experience by his mother’s side at the family piano, and later, in church choir. At thirteen, he was orphaned when his mother was killed by a drunk driver.

He first rose to prominence as “Little Jimmy Scott” in the Lionel Hampton Band when he sang lead on the late 1940’s hit “Everybody’s Somebody’s Fool” recorded in December 1949, and which became a top ten R&B hit in 1950. Credit on the label, however, went to “Lionel Hampton and vocalists,” so the singer’s name did not appear on any of the songs. This omission of credit was not only a slight to Scott’s talent but a big blow to his career. A similar professional insult occurred several years later when his vocal on “Embraceable You” with Charlie Parker, on the album One Night in Birdland, was credited to female vocalist Chubby Newsome.

Lionel Hampton gave him the stage name of “Little Jimmy Scott” because he looked so young, and was short and of slight build. However, it was his extraordinary phrasing and romantic feeling that made him a favorite singer of fellow artists such as Billie Holiday, Ray Charles, Frankie Valli, Dinah Washington and Nancy Wilson.

In 1963, it looked as though Scott’s luck had changed: he signed to Ray Charles’ Tangerine Records label, under the supervision of Charles himself, creating what is considered by many to be one of the great jazz vocal albums of all time, Falling in Love is Wonderful.

Owing to obligations on an earlier contract that Scott had signed with Herman Lubinsky, the record was withdrawn in a matter of days, while Scott was on honeymoon. The album was not re-released for forty years. Scott disputes the “lifetime” contract; Lubinsky loaned Jimmy out to Syd Nathan at King Records for 45 recordings in 1957–58. Another album, The Source (1969), was not released until 2001.

Scott’s career faded by the late 1960’s and he returned to his native Cleveland to work as a hospital orderly, shipping clerk and as an elevator operator in a hotel. 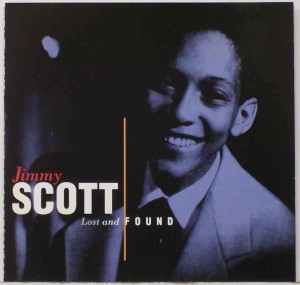 Scott eventually resurfaced in 1991 when he sang at the funeral of his long-time friend Doc Pomus, an event that single-handedly sparked his career renaissance. Afterwards Lou Reed recruited him to sing back-up on the track “Power and Glory” from his 1992 album Magic and Loss, which was inspired, to an extent, by Pomus’s death. Scott was seen on the series finale of David Lynch’s television series Twin Peaks, singing “Sycamore Trees”, a song with lyrics by Lynch and music by Angelo Badalamenti. Scott was featured on the soundtrack of the follow-up film, Twin Peaks: Fire Walk with Me.

Also in attendance at Pomus’s funeral was Seymour Stein, founder and operator of Sire Records, who released Scott’s 1992 album All The Way, produced by Tommy Lipuma and featuring artists such as Kenny Barron, Ron Carter, and David “Fathead” Newman. Scott was nominated for a Grammy Award for this album.

He followed this up with the album Dream in 1994 and the jazz-gospel album Heaven in 1996. His next work, a critically acclaimed album of pop and rock interpretations entitled Holding Back The Years (1998), was produced by Gerry McCarthy and Dale Ashley. Released in the US on Artists Only Records in October 1998, it peaked at #14 on the Billboard Jazz Albums chart. In Japan, it won the prestigious Swing Journal Award for Best Jazz Album Of The Year (2000). The title track marked the first time in his career that Scott overdubbed his own harmony vocal tracks. Holding Back The Years features cover art by Mark Kostabi, liner notes by Lou Reed, and includes critically acclaimed versions of “Nothing Compares 2 U” (written by Prince), “Jealous Guy” (John Lennon), “Almost Blue” (Elvis Costello) and “Sorry Seems To Be The Hardest Word” (Elton John & Bernie Taupin).

In 1999, Scott’s early recordings on the Decca label were re-released on CD, as were all of his recordings with the Savoy Label between 1952 and 1975 in a three-disc box set. In 2000, Scott signed to the Milestone jazz label, and recorded four critically acclaimed albums, each produced by Todd Barkan, and featuring a variety of jazz artists, including Wynton Marsalis, Renee Rosnes, Bob Kindred, Eric Alexander, Lew Soloff, George Mraz, Lewis Nash, as well as Jimmy’s own touring and recording band “The Jazz Expressions.” He also released two live albums, both recorded in Japan, featuring the Jazz Expressions. 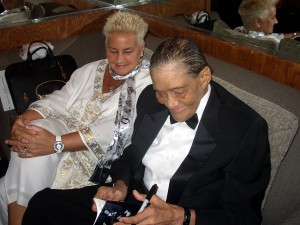 Scott performed at President Dwight Eisenhower’s (1953) and President Bill Clinton’s (1993) inaugurations, where he sang the same song, “Why Was I Born?.” Later, Scott appeared in live performances with Pink Martini, and continued to perform internationally at music festivals and at his own concerts until shortly before his death.

In 2007, Scott received the 2007 NEA Jazz Master Award. He also received the Kennedy Center’s “Jazz In Our Time” Living Legend Award, and N.A.B.O.B.’s Pioneer Award in 2007, the “Lifetime Achievement Award from the Jazz Foundation of America” in 2010, the R & B Hall of Fame Induction Award in 2013. In September 2008 he did a “two-day video interview” at his Vegas home with the “Smithsonian Institute for the National Archives”. Scott and his wife Jeanie lived in Las Vegas, Nevada after 2007, having previously living in Euclid, Ohio, for 10 years.

Little Jimmy Scott’s “If I Ever Lost You” can be heard in the opening credits of the HBO movie Lackawanna Blues. He was also mentioned on The Cosby Show, when Clair and Cliff Huxtable bet on the year in which “An Evening In Paradise” was recorded. On August 17, 2013, at Cleveland State University in his hometown, Cleveland, Ohio, he was inducted into inaugural class of the R&B Music Hall of Fame. 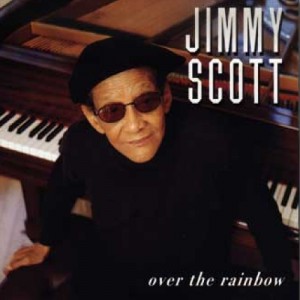