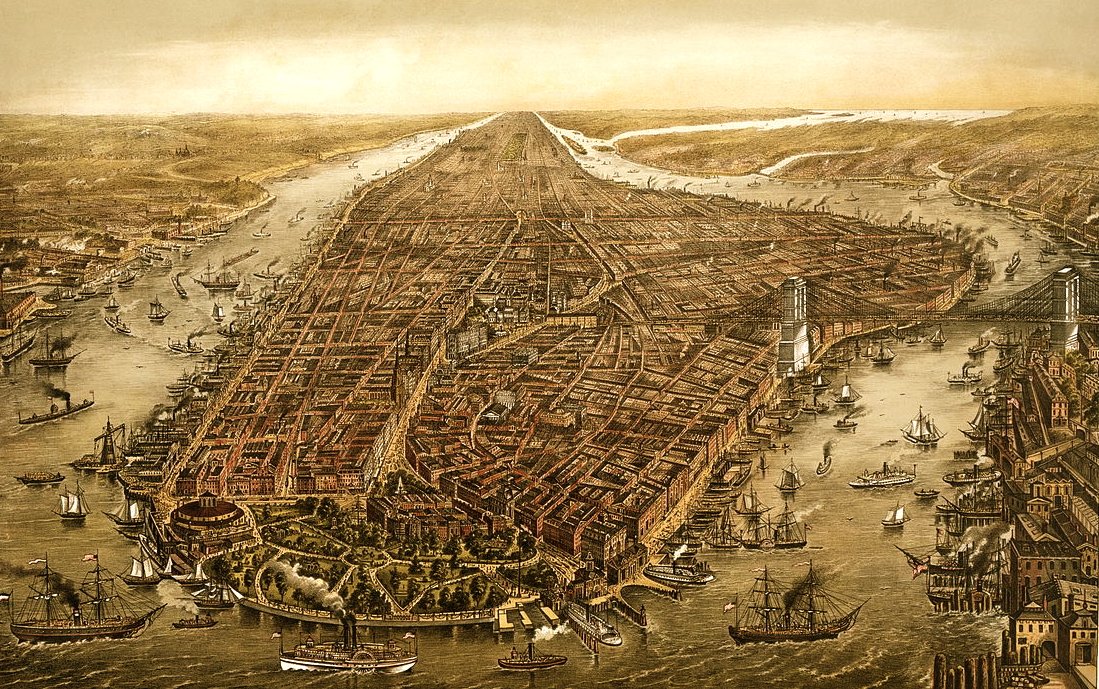 From Wikipedia, the free encyclopedia
Written documentation of the history of New York City began with the first European visit to the area by Giovanni da Verrazzano, in command of the French ship, La Dauphine, when he visited the region in 1524. It is believed he sailed in Upper New York Bay where he encountered native Lenape, returned through The Narrows where he anchored the night of April 17, and then left to continue his voyage. He named the area of present-day New York City Nouvelle-Angoulªme (New Angoul me) in honor of Francis I of France, King of France and Count of Angoul me.

European settlement began on September 3, 1609 when Englishman Henry Hudson in the employ of the Dutch East India Company sailed the Half Moon through The Narrows into Upper New York Bay. Like Christopher Columbus, Hudson was looking for a westerly passage to Asia. He never found one, but he did make note of the abundant beaver population. Beaver pelts were in fashion in Europe, fueling a lucrative business. Hudson’s report on the beaver population of the New York area served as the impetus for the founding of Dutch trading colonies in the New World, among them New Amsterdam, which would become New York City. The beaver’s importance in New York City history is reflected by its use on the city’s official seal.

The area around New York City was the location for multiple battles of the American Revolutionary War, including the largest battle of the war: the Battle of Brooklyn. The British won and went on to occupy the city from September 1776 to late 1783. George Washington was inaugurated as the first President of the United States on April 30, 1789 in front of Federal Hall and the city served as the capital of the United States until 1790.

Modern New York City traces its development to the consolidation of the five boroughs in 1898 and an economic and building boom following the Great Depression and World War II. Throughout its history, New York City has served as a main port of entry for many immigrants, and its cultural and economic influences have made it one of the most important urban areas in the United States, and the world.