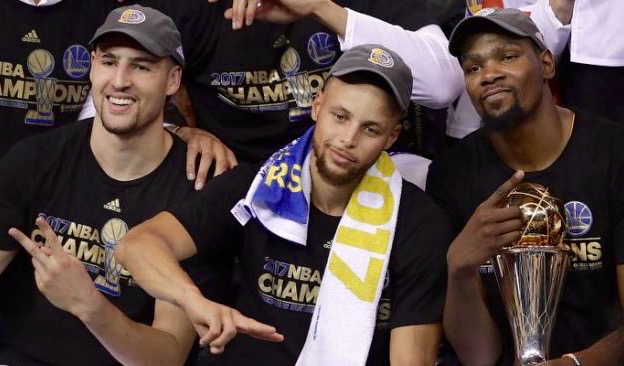 Domination and no drama: how big a threat are the Warriors to the NBA? by DJ Gallo The Guardian

Golden State played beautiful basketball from the start of the season through to their inevitable title. But will their brilliance hurt the league? 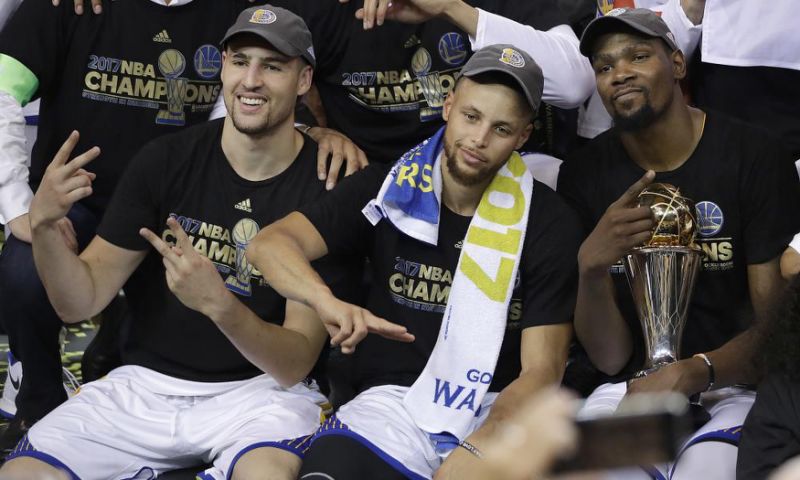 The dusky antechinus is a small marsupial native to south-east Australia. The males in the species live until their first mating season, when they breed and then quickly die from all the exertion. All that build up to a moment of accomplishment, the pinnacle of their existence … and then nothing more but the dark embrace of death. The Golden State Warriors may have made the NBA into the dusky antechinus of sports leagues.

It’s a waste of time to debate that the 2017 Warriors are anything but one of the greatest NBA teams of all-time, if not the greatest team ever. Last year, they added Kevin Durant, the second-best player in the world behind LeBron James, to a 73-9 team that was one win away from an NBA title, and then proceeded to go 67-15 in the 2016-17 regular season and 16-1 in the postseason, beating James and the Cavaliers by an average of 13 points in their 4-1 finals win. It was beautiful and artistic and dominant basketball from the season’s opening tip through to the final minutes of their title-clinching win. Name the championship or dynasty team from the NBA’s past, and these Warriors match up very favorably against them. Modern basketball has hit its zenith in Golden State.

The question for the NBA is: what now? What does the league do now that its champion for the next two, three, five (?) years is as much of a foregone conclusion as this whole season was? We all experienced basketball perfection, but how many fans will have the interest to watch it unfold again and again and again, all domination and no drama? One of the globe’s most dynamic sports leagues reduced to a small, rotting marsupial carcass.

To be clear: the Warriors are indeed well set up to win a string of championships (while turning down White House visits  long into an even two-term Trump presidency). The team’s unmatched core of Durant, Steph Curry, Klay Thompson and Draymond Green are all 29 or younger. Golden State’s window of title contention is not closing. In fact, it’s not even a window. It’s a massive bay door on an airplane hangar that they can, and likely will, stuff full of trophies. No NBA team, at least not as currently constructed, is within sniffing distance of the Warriors for 2018 or beyond. Vegas has the Warriors as early 4-6 favorites to repeat, with LeBron’s Cavaliers next at a generous 3-1. No other team is better than 12-1. To read more go to the link below: