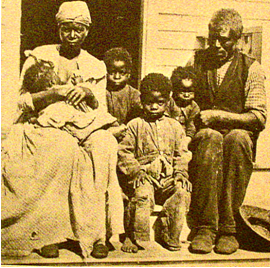 Dolly Cooper, who had been an 18 year old servant at the widow Whites Tavern in Basking Ridge when General Charles Lee was captured by the British on December 13, 1776.  She lived at the house of Isaac H. Hall in Branchburg and died April 6, 1864 at the age of 104 or more.  Dolly was born a slave and brought up in the Cooper Family, near Basking Ridge. She had a distinct recollection of Lees capture until a short time before her dearth.  After the Revolutionary War, Dolly married a slave named Dennis Van Liew of Hillsborough, New Jersey.

The last 25 years of her life she lived with Isaac Hall Family, where she died.  She had a Robust Constitution and was a faithful servant, always taking a deep interest in the family affairs where she lived.  She was known as a praying, meek and lowly christian and was respected by all.  Her body was interred at Readington in the grounds for colored persons.