You are here: Home / Education / Women Who Made History / Diahann Carroll, pioneering actress and Oscar nominee, has died at age 84 by CBS News 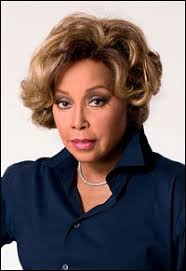 Diahann Carroll, the Oscar-nominated actress and singer who won critical acclaim as the first black woman to star in a non-servant role in a TV series as “Julia,” has died. She was 84.

During her long career, Carroll earned a Tony Award for the musical “No Strings” and an Academy Award nomination for best actress for “Claudine.” But she was perhaps best known for her pioneering work on “Julia.”

Carroll played Julia Baker, a nurse whose husband had been killed in Vietnam, in the groundbreaking situation comedy that aired from 1968 to 1971. “Diahann Carroll walked this earth for 84 years and broke ground with every footstep. An icon. One of the all-time greats,” director Ava DuVernay wrote on Twitter. “She blazed trails through dense forests and elegantly left diamonds along the path for the rest of us to follow. Extraordinary life. Thank you, Ms. Carroll.” To read more go to the link below: