You are here: Home / Education / United States of America / Colorado

Colorado and the West: Native American History in Colorado

The History Colorado Center’s hands-on and high-tech exhibits take you back in time, connecting what WAS to what’s NEXT. They’re unexpected, thought-provoking, and relevant. And most of all, fun! Visit www.historycoloradocenter.org to learn more. 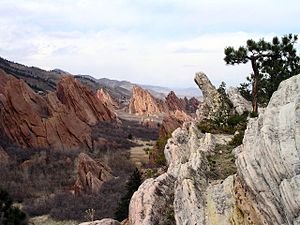 The human history of Colorado extends back more than 13,000 years. The region that is today the state of Colorado was first inhabited by Native Americans. The Lindenmeier Site in Larimer County, Colorado, is a Folsom culture archaeological site with artifacts dating from approximately 8710 BCE.

When Spanish explorers, early trappers and hunters and gold miners visited and settled in Colorado, the state was populated by Native American tribes.  Westward expansion brought European settlers to the area and Colorado’s recorded history began with treaties and wars with Mexico and Native American nations to gain territorial lands to support the transcontinental migration. In the early days of the Colorado gold rush, Colorado was a Territory of Kansas, Territory of Jefferson and Territory of Kansas. On August 1, 1876, Colorado was admitted as a state, maintaining its territorial borders. 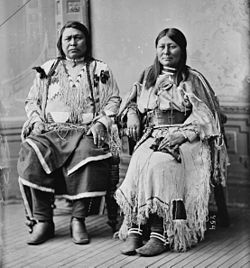 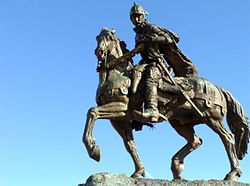 The first Europeans to visit the region were Spanish conquistadors. Juan de Oñatewho lived until 1626, founded what would become the Spanish province of Santa Fé de Nuevo Méjico among the pueblos of the Rio Grande on July 11, 1598. In 1706 Juan de Ulibarri claimed the territory of Colorado.   In 1787 Juan Bautista de Anza established the settlement of San Carlos near present-day Pueblo, Colorado, but it quickly failed.   This was the only Spanish attempt to create a settlement north of the Arkansas River. Although the Spaniards did not establish permanent settlements in Colorado, they traded with Native Americans who lived there.

In 1803 the United States acquired a territorial claim to the eastern flank of the Rocky Mountains by the Louisiana Purchase from France. However, the claim conflicted with Spain’s claim to sovereign. Zebulon Pike led a U.S. Army reconnaissanceexpedition into the disputed region in 1806. Pike and his men were arrested by Spanish cavalry in the San Luis Valley, taken to Chihuahua, and then expelled from México.

Miguel Hidalgo y Costilla declared Mexico’s independence from Spain on September 16, 1810. In 1819, the United States ceded its claim to the land south and west of the Arkansas River to Spain with the Adams-Onís Treaty, at the same time purchasing Florida. Mexico finally won its independence with the Treaty of Córdoba signed on August 24, 1821, and assumed the territorial claims of Spain. Although Mexican traders ventured north, settlers stayed south of the 37th parallel north until the United States signed a peace treaty with the Ute Nation in 1850.

During the period 1832 to 1856, traders, trappers, and settlers established trading postsand small settlements along the Arkansas River, and on the South Platte near the Front Range. Prominent among these were Bent’s Fort and Fort Pueblo on the Arkansas and Fort Saint Vrain on the South Platte. The main item of trade offered by the Indians was buffalo robes, see Early history of the Arkansas Valley in Colorado. 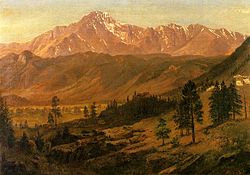 In 1849 and 1850, several parties of gold seekers bound for the California Gold Rush panned small amounts of gold from various streams in the South Platte River Valleyat the foot of the Rocky Mountains in then western Kansas Territory, now northeast Colorado. The gold nuggets initially failed to impress the gold seekers, but rumors of gold in the Rocky Mountains persisted, and several small parties explored the region. In the summer of 1857, a party of Spanish-speaking gold seekers from the New Mexico Territory worked a placer deposit along the South Platte River about 5 miles (8 km) above Cherry Creek (in what is today the Overland Park neighborhood of Denver).

The following year, William Greeneberry “Green” Russell led a party of Cherokee gold seekers from the State of Georgia to search for gold along the South Platte River. In the first week of July 1858, Green Russell and Sam Bates found a small placer deposit near the mouth of Little Dry Creek (in present day Englewood) that yielded about 20 troy ounces (622 grams) of gold, the first significant gold discovery in the Rocky Mountain region.

News of this discovery soon spread and precipitated the Pike’s Peak Gold Rush.   An estimated 100,000 gold seekers flocked to the region over the next three years. The placer gold deposits along the rivers and streams of the region rapidly played out, but miners soon discovered far more valuable seams of hard rock gold, silver, and other minerals in the nearby mountains. This gold rush helped to attract people to the state and resulted in a population boom. 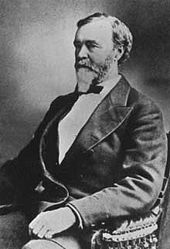 The Territory of Colorado was a historic, organized territory of the United States that existed between 1861 and 1876. Its boundaries were identical to the current State of Colorado. The territory ceased to exist when Colorado was admitted to the Union as a state on August 1, 1876. The territory was organized in the wake of the 1859 Pike’s Peak Gold Rush, which had brought the first large concentration of white settlement to the region. The organic act creating the territory was passed by Congress and signed by President James Buchanan on February 28, 1861, during the secessions by Southern states that precipitated the American Civil War. The organization of the territory helped solidify Union control over a mineral rich area of the Rocky Mountains. Statehood was regarded as fairly imminent, but territorial ambitions for statehood were thwarted at the end of 1865 by a veto by President Andrew Johnson. Statehood for the territory was a recurring issue during the Ulysses Grant administration, with Grant advocating statehood against a less willing Congress during Reconstruction.

The Colorado War (1863–1865) was an armed conflict between the United States and a loose alliance among the Kiowa, Comanche, Arapaho, and Cheyenne tribes of Native Americans (the last two were particularly closely allied). The war was centered on the Eastern Plains of the Colorado Territory and resulted in the removal of these four Native American peoples from present-day Colorado to present-day Oklahoma. The war included a particularly notorious episode in November 1864 known as the Sand Creek Massacre. The battle, initially hailed by the U.S. press as a great victory, was later learned to be one of genocidal brutality. The resulting hearings in the United States Congress regarding the malfeasance of the U.S. Army commander, John Chivington, were a watershed in the white views of the Indian Wars at the close of the American Civil War. In 1868 the U.S. Army, led by George Armstrong Custer, renewed the conflict against the Arapaho and Cheyenne at the Battle of Washita River.

The United States Congress passed an enabling act on March 3, 1875, specifying the requirements for the Territory of Colorado to become a state.  On August 1, 1876 (28 days after the Centennial of the United States), U.S. President Ulysses S. Grant signed a proclamation admitting the state of Colorado to the Union as the 38th state and earning it the moniker “Centennial State.”  The borders of the new state coincided with the borders established for the Colorado Territory. Women won the right to vote in Colorado in 1893. Colorado was the first state in the union to grant this right to women through a popular election. (Wyoming approved the right of women to vote in 1869 through a vote of the territorial legislature.) Governor Davis H. Waite campaigned for the Constitutional amendment granting women the right to vote in Colorado. Governor Waite is also noted as one of the few elected officials ever to call out the state militia to protect miners from a force raised by mine owners. Governor Waite belonged to the Populist Party.