You are here: Home / Education / Politics / US Politics / Brexit: Johnson ‘has the numbers’ in Commons to pass deal, says Raab by BBC News

Brexit: Johnson ‘has the numbers’ in Commons to pass deal, says Raab by BBC News 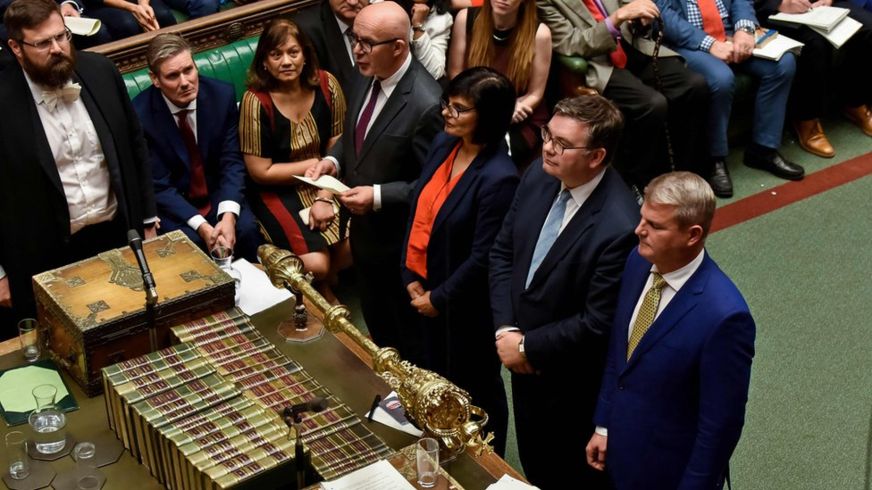 The government says it will push ahead with efforts to pass its Brexit deal, despite a major setback to its plans.

Boris Johnson had to ask the EU for an extension to the UK’s 31 October exit date after MPs backed a move to delay approval of the deal on Saturday.

But Foreign Secretary Dominic Raab said he was confident enough MPs would back the deal next week, and Brexit would still happen by the deadline.

Labour, however, has said it will back moves to put the deal to a referendum.

No 10 said the PM sent “Parliament’s letter” to Brussels – unsigned – and accompanied it with a second letter – which was signed – explaining why he believed a delay would be a mistake.

The government has vowed to press ahead with the legislation – the Withdrawal Agreement Bill (WAB) – to implement the Brexit deal next week.

Why has the PM asked for another extension?

Having reached a new Brexit deal with the EU last week, the prime minster had intended to bring it to Parliament and ask MPs to approve it in a so-called “meaningful vote”.

However, in the first Saturday sitting in the Commons for 37 years, MPs instead voted in favour of an amendment withholding approval of the deal until all the necessary legislation to implement it had been passed. To read more go to the link below: